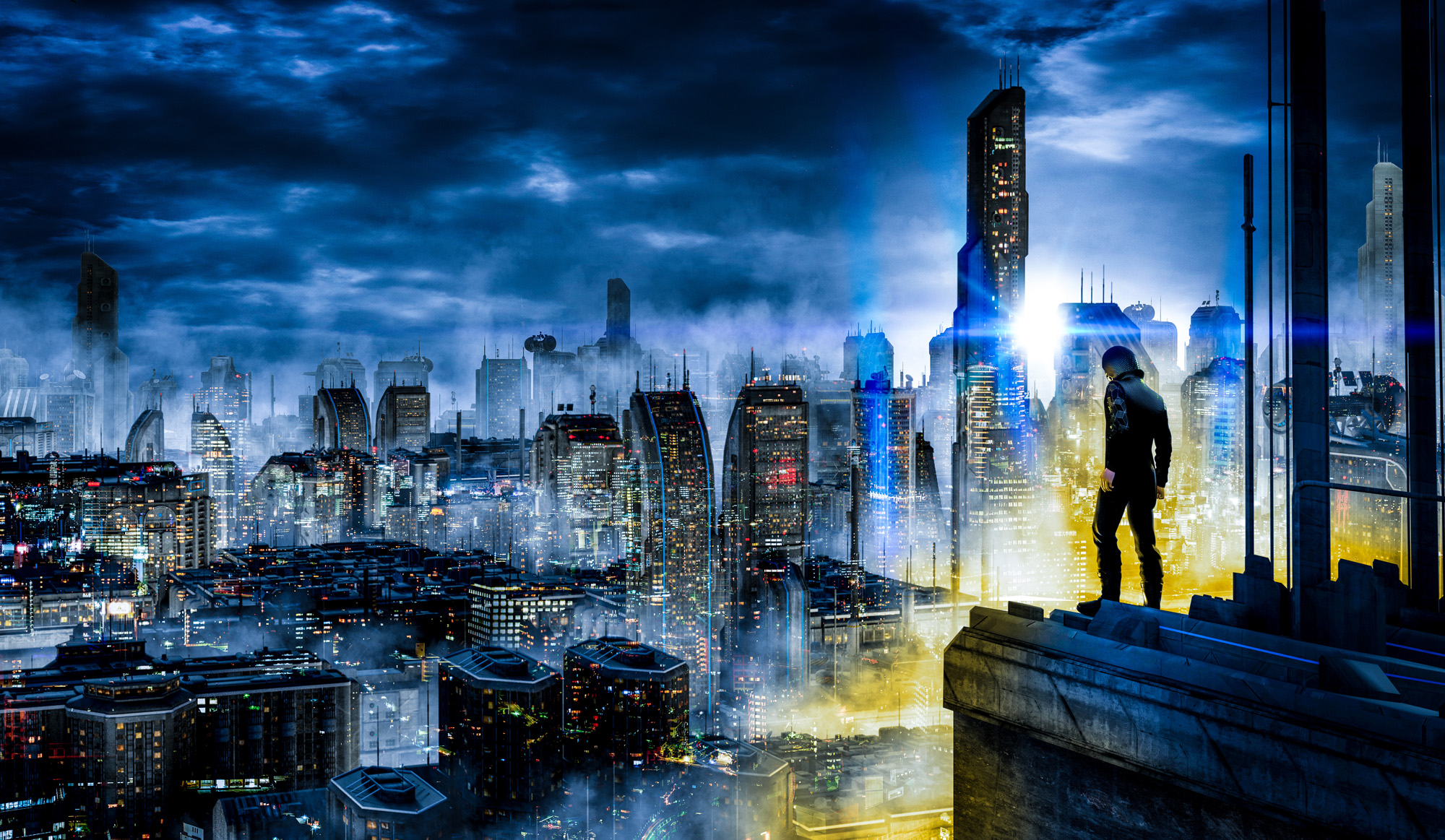 Enter the world of the Cyber Teen Project where nothing is as it seems. The small town of Milford becomes the centralized hub for activity on the Dark Web. The series will comprise at least three books, a prequel, and a future dystopian Cyberpunk future. As each book is released, additional elements, locations, people, and technology of the world will be published.   Sign up to the D. B. Goodin Reader Group for free exclusive content here.

Playing a virtual game is fun…unless the game wants you dead.     Nigel Watson is a clever teenage hacker who uses his skills to make extra spending money. But, after someone plunders his mother’s bank account and drains the funds, Nigel realizes his hacking could save the family.     Soon, Nigel’s online expertise is noticed by the billionaire founder of the Colossal Machine, a virtual game played by millions of people around the planet. When Nigel is given a chance to show his prowess, his skills outshine the work of the current developers. He even discovers new ways to cheat the game that no one else knows. But, Nigel doesn’t realize that his sudden success has made enemies who want him dead.     Nigel is thrust into the shadows of the Dark Web – a hidden part of the Internet where evil can find its way to your door. Little does he know, but the object of the game has become Nigel’s life.     In this cyber thriller, you never know who to trust when the virtual world makes it impossible to decrypt friend from foe.

Solving cryptographic puzzles is fun…unless the puzzle is designed to kill you.   Nigel Watson is a clever teenage hacker who narrowly escaped with his life in White Hat Black Heart. Unable to speak, he must find a new way to thwart a mysterious threat that is taking over the world’s computer infrastructure.     Artificial intelligence has become self-aware…and determined people must die.     A rogue billionaire attempts to save the life of his ailing grand-daughter by transferring her consciousness into a healthy cyborg host. But, malfunctions within the cyborg’s system transform it into a sentient being capable of destroying humanity.     Two hacking groups, the Collective and Black Iris, join forces with Nigel to fend off the cyborg’s attacks. But, several of his friends are kidnapped and forced to work against him. When the authorities won’t heed his dire warnings, Nigel must make his own plan for survival…or risk the collapse of society.     In Book 2 of the Cyber Teen Project, Nigel faces the ultimate test: How do you beat an enemy that is infinitely smarter than you?

Writing code is fun… until it makes you a target. Soon after his high school graduation, Nigel Watson opens his cybersecurity investigative business. Trade is lucrative until he discovers some mysterious rouge code lurking on one of his client’s computers. On investigating, he finds clues leading to a sinister plot.   A clandestine organization known as the Cabal learns of his involvement and makes Nigel an offer that he cannot refuse. However, while trying to save those closest to him, he unwittingly unleashes the most disruptive cyber-attack in history.   As the internet crumbles and communications are on the brink of total collapse, the flames of civil disobedience take root. This is a cyber-attack so sinister that it threatens to unravel the fabric of the internet and society itself.   Feeling ultimately responsible for the catastrophe, Nigel forges alliances with the most unlikely people imaginable to stop the spread of the nefarious code and the Cabal in its tracks.

One enemy pitted him against another. Can a brilliant mind save the globe before it's blown to bytes? Cybersecurity expert Nigel Watson is consumed with guilt. The top-tier hacker is obsessed with atoning for the infrastructure-crippling online attack he executed under duress. But when the young man gladly accepts a dangerous mission to drain the coffers of the callous cabal who forced his hand, he’s shocked to be beaten to the punch by a second cunning coder…   After Nigel horrifyingly discovers that his new benefactors are no better than his previous puppet master, he resolves to never again become a pawn. But with the sinister syndicate closing in on his location, an unlikely alliance might be his only hope of saving those he loves.   Can this keystroke genius undo his cyber-mayhem before everyone’s fatally decoded?   Crisis At Worlds End is the fascinating fourth book in the exhilarating Cyber Teen Project technothriller series. If you like wily characters, extreme action, and existence on the brink, then you’ll adore D. B. Goodin’s intense exploration of digital darkness.

No part of this website may be reproduced in any form or by any electronic or mechanical means, including information storage and retrieval systems, without written permission from the author, except for the use of brief quotations in a review. This is a work of fiction; any references to persons living or dead are purely coincidental.