Androlin was born with a miracle and being the first, no one quite understood what that meant. As a pureborn, she would be born with odd markings on her skin and although they would fade, the strangeness of the birth may have prompted her parents to abandon her. She would find a way to survive, become a hero and fulfill her destiny.

Although she is a Elf and has appeared that way most of the time. It appears that she can grow wings and her eyes turn pure black.

Many abilities were attributed to her over the years.

Her early history is largely unknown. She later attributes the name Vergus to a man she considers a father figure, although she rarely spoke in details. Androlin lived on the streets her whole life where she would learn to beg and steal for food and shelter. It is believed she also roamed the outer ruins while hiding from the Vulnera (batlike creatures that hunt in the area).

As the two argued over the meaning of the color of blood in the dream, I saw a child that I had not seen before in the crowd. She sat quietly in the back. Although she was hooded, she seemed to be intently watching the debate. I think it was her intensity that drew my attention. Her eyes would move to each one as they spoke and I believe she was taking every moment of the debate. She also seemed to watch the crowd with interest. Then she looked at me and I looked into her eyes. I don't know how long I stared, but her eyes are an abyss of shadows that sent my soul spiraling to the Cynosure. As the crowd erupted from a particularly passionate comment, it broke my hold and I calmed the crowd. Then she was gone.

This is the first report of her existence. Further discussions with the Mentor even 40 years later would confirm it was her. He said that despite the brief moment, he will remember her image forever and that she changed the direction of his life.
It is noted that Mentor Grelven would later become Kyren, in part for his keen understanding of visions.
Androlin would be mentioned several times attending forums throughout the city. She seemed to travel a lot and to many different Guidance Centers.

Androlin makes her first public speaking event during a debate on a vision that a Guide had. This encounter gives a unique insight on her skills as her viewpoints.


Scribe notes: Vision Debate when Heren Crawls in the Nexin during 1309
Debate Between Guide Ithern Yitherbrow and Prudence Cambern

Ithern:Are you suggesting water falling from above is not a sign of good fortune? The very water we live by drops from above?
Prudence: Yes, but you said the water had a light on the other side of it. This should mean that demons will drown you.
Ithern:How dare you speak such nonsense here, that is too literal of an interpretation.
Prudence: You call that literal? Literal would be that you smell of an Ivern nest and need a bath!
Scribe Note: The crowd yells about the insult and a new person walks onto the forum floor. She identifies herself as Androlin Vergus.

Androlin: My apologies for interrupting, but I have some insights I would like to share.
Ithern: Of course, please share your thoughts.
Androlin: The water in this case is more likely about life as you describe it covering your body completely. Was the light you saw in the water itself or was it a glow outside of it?
Ithern: Takes a few moments before answering... I believe it was small glints in the water itself, not bright individually, but together became light.
Androlin: Then I am sorry to say that this could mean the end of your life at the hands of demon worshipers. The small lights represent demon minions that will steal your life away.

Scribe Note: This creates an uproar that eventually ends the debate and the room is cleared.

Guide Ithern would be killed three cycles later by a cult group. Never had someones interpretation been so accurate. Androlin did not return to that forum for quite some time, probably for the best.

Novin Walks in the Krail during 1325

The Avern Cave Collapse started with a moderate quake in the Cavern of Blood, the pillars in the Avern Cave snapped and large boulders from the cavern ceiling. Water from broken pipes poured into the cave as a large boulder blocked the entrance. Desperation would grip the 223 people trapped in the cave as they clawed at the boulder to move it.


Report from survivor of the Avern Cave Collapse

I watched as the water flowed over the rooftop I was perched on. I knew there was no way out and no where else to go, I was ready to return to the Cynosure. I watched as others clawed at the boulder, just to be taken by the water even faster. I considered this option, but dismissed it as futile.
What happened next I will never forget. A young woman held out her hand to me....I don't know where she came from, but I stood in 2 feet of water...and she stood on that water. Her eyes pure black and she sprouted wings from her back. I felt nothing but comfort from her, shadows surrounded her and reached out to me. I took her hand and stepped on the water. We walked on the surface towards the door. She would reach down and grab the hand of another and pull them up. We walked up to the boulder and she said one thing in almost a whisper.
"Push"
That is what we did, every person there pushed the boulder and to our surprise it moved as if it were a pebble. Water spilled out and we glided down to the ground. She smiled at me and the others and nodded towards the cave. Without a thought, I ran back in to the cave and started helping the many others who needed it. So did everyone else. I never saw the woman again, but it will be her eyes that I remember forever.

The death toll from this collapse was only 29, which is small compared to what could have happened. This report was consistent with almost every survivor that witnessed it. This act of heroism was only the first of many, as Androlin would actually save thousands of people in similar collapses of the years. It is believed that she had visions about these events and could interpret them with amazing skill. She is reported to be involved in 22 rescue events as well as a multitude of smaller events that people say they witnessed (many of which are not corroborated).

She had no formal education. She was raised on the streets, but did attend the public forums quite a bit. She rarely involved herself in the discussions until she was older and even then it was rare. 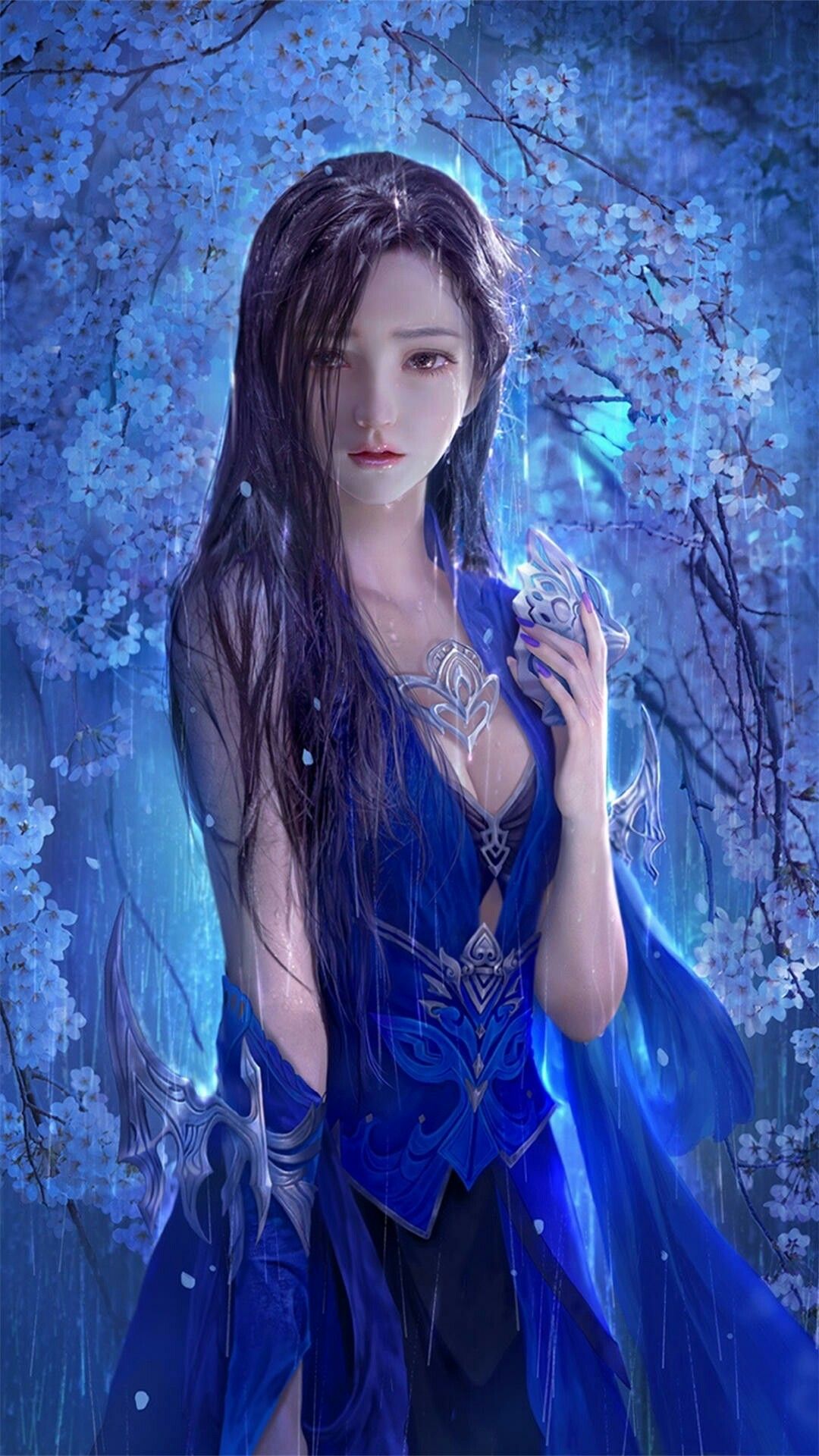 Species
Elf
Life
1275 1380 105 years old
Circumstances of Birth
The Miracle of the Pureborn was the curing of the Corinth Syndrome. This disease would be completely eradicated by her birth.
Circumstances of Death
Died in a duel with a demon.
Birthplace
Cavern of Tears
Children
Biological Sex
Female
Eyes
Dark Gray
Hair
Long Black Hair
Height
6'1"
Weight
135 lbs

Born at the same moment as Androlin, Talos is her opposite. Talos was born with a demon inside of him which would direct his actions his whole life. He was raised to destroy the city and Androlin was raised to stop him. They would face off several times in their lifelines, and some Androlin wouldn't be able to stop his actions, but she made attempts to save as many as possible.

There is very little known about the final fight between Androlin and Talos Stonebeam. They were born at the same time and history says that they were born to fight each other one day. Maybe she knew it as well and accepted that fate. This is what we do know about that fateful day.
Androlin had lured Talos away from the city and to The Lost Beacon a avoid anyone else getting hurt. Talos had initiated an attack on the Beacon of Tears and seriously injured the Kyren. Talos also knew they were fated to face off and followed her willingly.
There was only one witness to that fight, a scout who was in the area. Ulternas Vilpas has said almost nothing of what he witnessed, but the poet Orinik Hallowbill claims to have heard the story from him. Orinik would write a poem about the events titled The Dueling Dancers which he claims Androlin sacrificed herself to destroy Talos. There is no way to see how much truth there is to this story, but no one ever saw either of them again.

The Cost of Expansion

Good article! I love the quotes you added, it adds a lot to article, almost evidence.
There's an error under the Cave Collapse section, there's an @ with nothing after it, and it feels like some words are missing.

Thanks for the catch. the @ was for the location, which I added. Glad you like it!

"What happened next I will never forget. I young woman held out her hand" - I think you have a typo This is a nicely done article, long, detailed, and with just the right amount of flavor. Well done.

Fixed the typo, thanks for the catch. Glad you like it.

A truly fantastic article, quite well done, and I really like your CSS. Im interested to read more about Talos, and the conflict if you create those articles

Thanks, I put the link to Talos on the side as well. Still have so much I want to do with this one, but it will wait for a bit. Need to prioritize my time a bit better. :) Glad you liked it.