The sisters were young during the reign of the Elder Gods and old when Lothian was a mortal born. They have persisted longer and stronger than most any other god. The march of death is ever present, as the armies of the world clash and litter the fields with the fallen dead or the aged wizen woman passes quietly at home in her bed. Reverence for the sisters is as continual and eternal as these cycles of conflict and death. . The priesthood of the Sisters is riddled with disparity and duality.
Heiran represents the natural order of death that is visited on most of the mortal world. While Nareis represents the hastening of death, a knife murder in the night streets to kingdoms waging wars against each other. While they act through the subtle influencing of mortal, their whispers or nudging chart the course of history. Heiran gaining the upper hand leads to years of peace while when Nareis inflames petty concerns exciting death, blood and ruin in her wake.

The public face of the Sisters and the Priesthood is Heiran with a temple, shrine, and clerics dedicated to the natural state of death. This helps the followers ease the passing of loved ones, assist with burials and protect the dead. The mortal clerics and followers focus on their duties and flock while remaining despairingly disconnected from the cosmic struggle of conflict between the Sisters. Appalled by any that would imbue false life in the dead, these clerics consider it strictly forbidden to craft any such abominations of life . Clerics of Heiran are most commonly known as Shepherds.

Clerics of the Heiran can be male or female and wear simple black robes with a white silk sash at their waist.

The official symbol of the Sisters are two female silhouettes back to back with a skull missing the lower jawbone overlaid on their dresses. Each portion of the imagery is a duality of conflicting black and white, representing the silent and ageless struggle between the sisters. More common are the simpler holy symbols used by clerics, which are usually disks that feature a black and white motif. These motifs range from a half black and half white disk, to a disk with a black and white skull. Once again, this shows how the priests of Heiran present the colors and symbols of Nareis, yet never speak her name or acknowledge her.

A few select mortals give voice to being priests of Nareis, even though they do it from the shadows without a temple or flock; the Empire and the Priests of Heiran persecute them . Some believe that necromancy is the natural evolution of death and of Nareis. If ever overheard, the Priests of Heiran refer to the false ones as the Red Stain or the Stain never using the name of Nareis.

Also known as the Pale Church, Pale Temples or Pale Shrines. It is said that the Pale Temples house the largest collection of rites and rituals regarding funerary and burial customs within the empire.

It is said that the followers of Castain were pawns of Nareis and Lothian’s rise to power and mark one of Heiran’s greatest victories over her sister. Believing this to be a conflict best left in the hands of cosmic powers, clerics of the Sisters will never comment on this. The Church of Lothian fervently rejects this as the darkest heresy and making this belief known will draw their ire.

One unique piece of myth and lore places Lothian as a chosen of the sisters, caught at birth between their age-old conflict. Named a Knight of Death on the path of The Sisters, his choices throughout life fall to one or the other of the Sisters’ sides. Ultimately, when crucified, his soul swayed to Heiran and the natural order of death.

Untouched are those few unique races or individuals that may fall outside of Heiran’s touch, but are still subject to Nareis. A few examples are sentient constructs such as warforged or certain souls touched by immorality. Rumour has it they treat some elves in this manner as along with celestial touched mortals blessed with immortality. Priests of the Sisters react in a variety of behaviors when encountering Untouched.

Inspired by the short passage of Heiran and Nareis, evil sisters of death in the Ptolus City book. This is a departure from and expansion of that section. All the Gods of Death in the Ptolus book are evil with the caveat to design any you need, which seems like an oversight. Gods have a natural place in most D&D-ish fantasy settings, and death has a natural place as well. So, it is easy to arrive at a non-evil god of death.
To go one step farther, lets take the sisters and have them represent the conflicting duality of death. An excellent example is Aza Guilla, Goddess of Death, Lady of the Long Silence as seen in the Gentlemen Bastards series. Some easy Dungeons & Dragons non-evil examples are Kelemvor (Forgotten Realms), Wee Jas (Greyhawk), The Blood of Vol (Eberron), Anubis & Nephthys (Egyptian). Pathfinder starts off with a few non-evil gods of death, but opens the flood gates with later supplements. 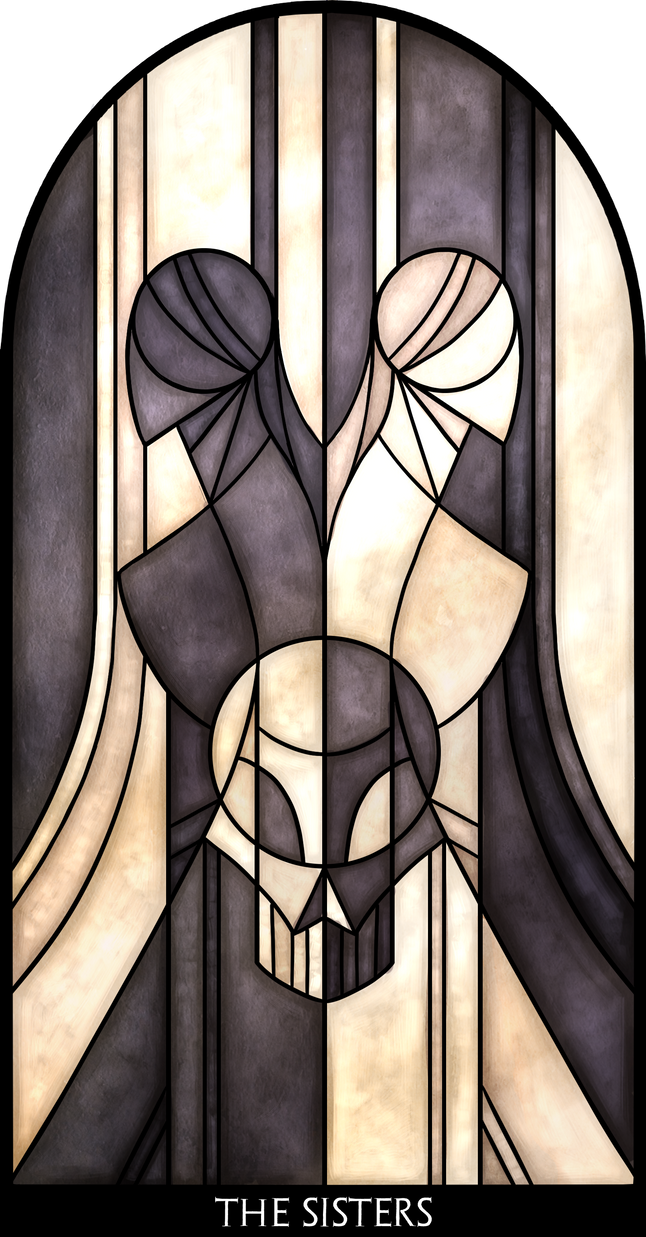 If death is the grand finish than your life's choices are the victory. 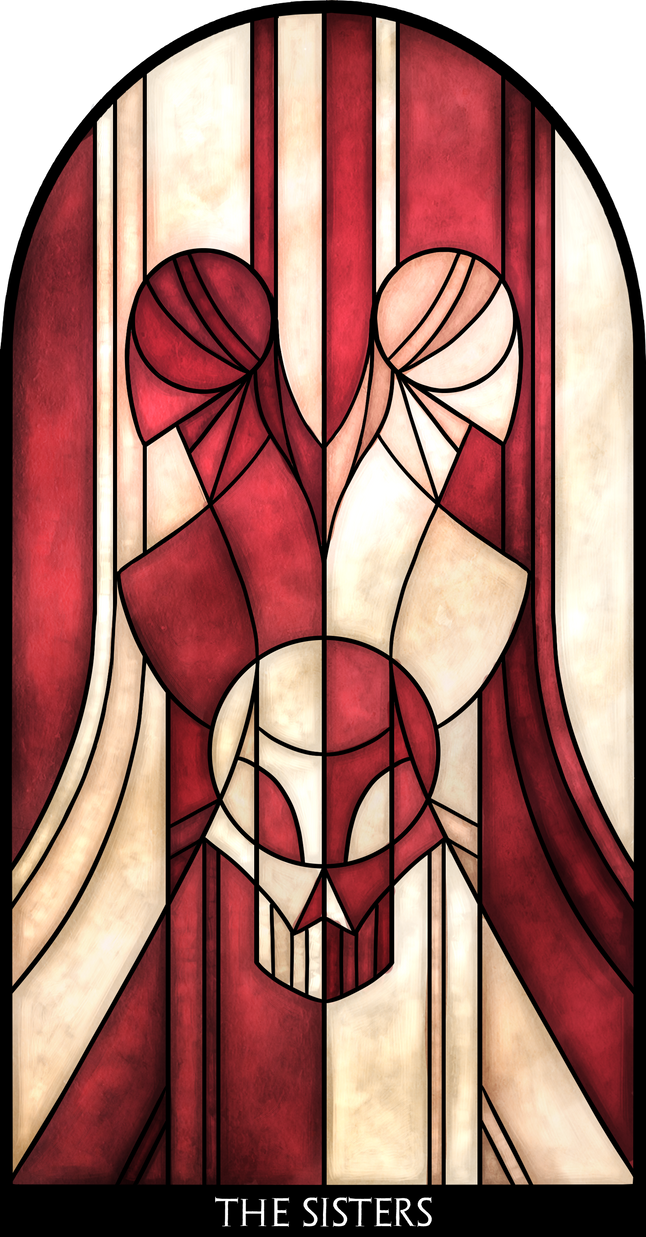 Answering: "a religious order founded or based in your world's history"
Visit Graylion's Competition Page Check all other answers to this prompt Competition Homepage

This artwork was comissioned by Graylion for the Shadow War by the talented WhiteWingedCrow.

Once again, the stained-glass artwork is phenomenal. Kudos to you for finding and obtaining the services of such a talented artist.

Thank you so much. I am very very pleased with the Stained Glass artwork. I'm hoping the have my world cover re-created in stained glass.