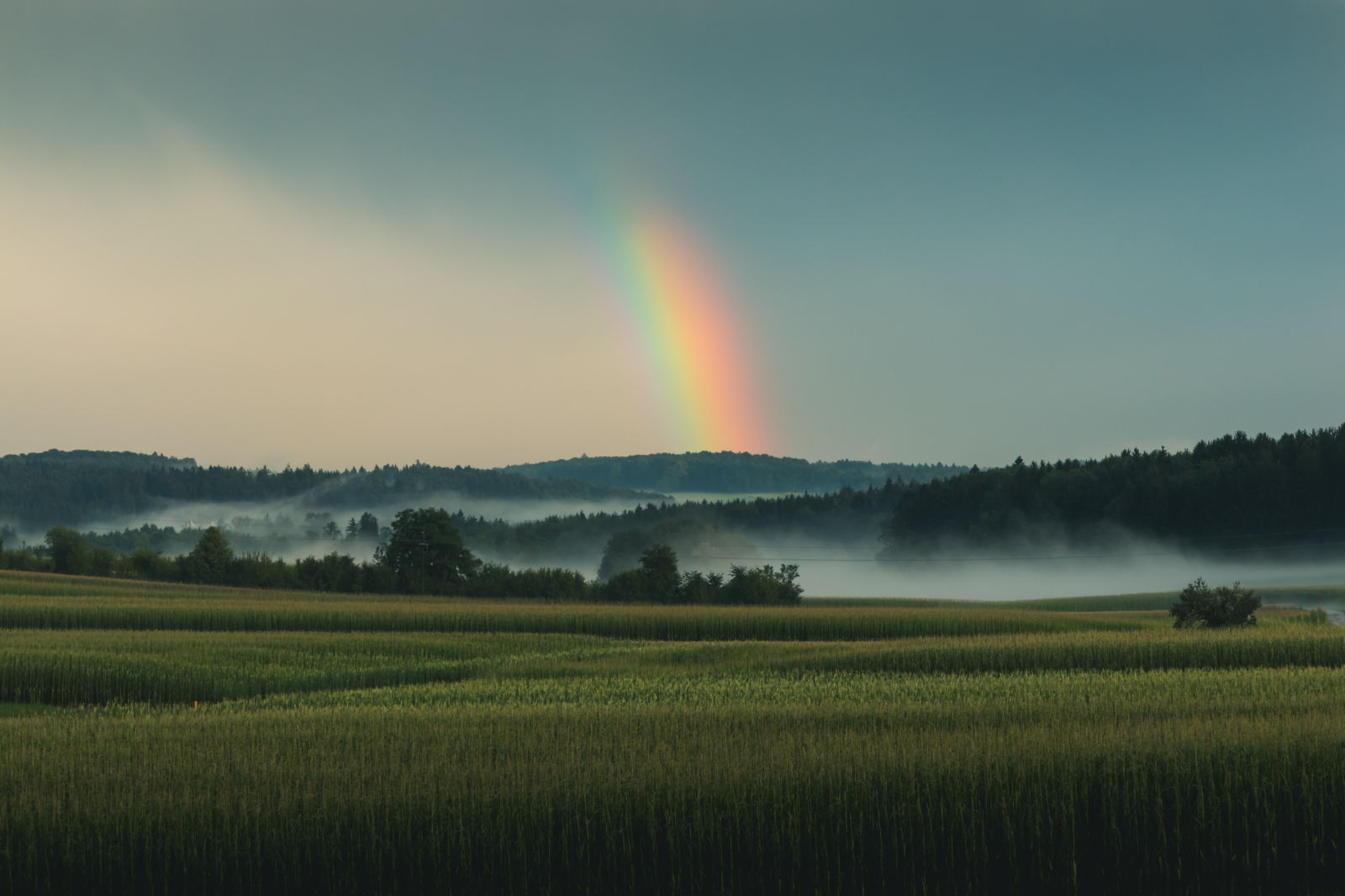 Conversation between mother and daughter
"Oh for love of nature! Cloud you are nearly seventy-five and you haven't even bothered to try to learn how to craft a rainbow bridge yet." Pond fumed.   "But, mama, if I never learn I never have to be a grown-up. Besides none of my friends can make one."   "I thought you said you wanted a family? You will never have a famiy of your own without being able to craft the bridge."   "I don't want a family anymore. I just want to be able to have fun for the rest of my life."   "What do you mean by that? Don't you know the bridge is also a survival tool for our people?"   "Mama, who would I have to fear amongst the fae?"   "Redcaps, Cloud, redcaps. They have been known to be excessively brutal to our kind when they can catch them."   "But, redcaps are just a myth used to frighten the young."   "Cloud, if you look out the window you will see the lie of that statement."   Doing as she was told, Cloud spotted the firgure with a redcap, blood dripping down his face from the edge of his cap. With a shriek she instinctively crafted a bridge to her room.

A rainbow bridge is the primary means of travelling for adult leprechauns. This is the only way to the Festival Cavern which is also the only way to achieve the status of an adult.   You can always tell the age of the leprechaun by the strength of the bridge. The brightest bridges are crafted by those who have the most control. As a young leprechaun learns to create and control the bridge it appears very faintly in the sky.     On the rare occasions of a double rainbow being seen, it is usually caused by two young leprechauns practicing or looking for a quiet place for a tryst.

The rainbow bridge, for all its beauty and versatility, is unstable.  This means the only one capable of using the bridge is the one who has crafted it.  Once used the bridge fades away, causing the created to need to craft a new one each time they wish to use it.   For the leprechauns, it is their preferred mode of transportation over long distances.  The near-instantaneous effects allowing them to cross vast distances in the blink of an eye.   The most common use of a rainbow bridge is travelling to and from the Festival Cavern.  The reason for this is due to the fact that the cavern was designed to be hidden from any who have no idea it is there.
Item type
Navigational Aid / Instrument
Related ethnicities
Rarity
Though not truly rare, these bridges are used exclusively by leprechauns.

Remove these ads. Join the Worldbuilders Guild
Header pic of a rainbow bridge by T.Q found on Unsplash.com
Leprechaun

I like how older leprechauns have bridges that are darker/more visible, whilst younger ones tend to be more faint because they are practicing. The note about the double rainbow is fun too. :D