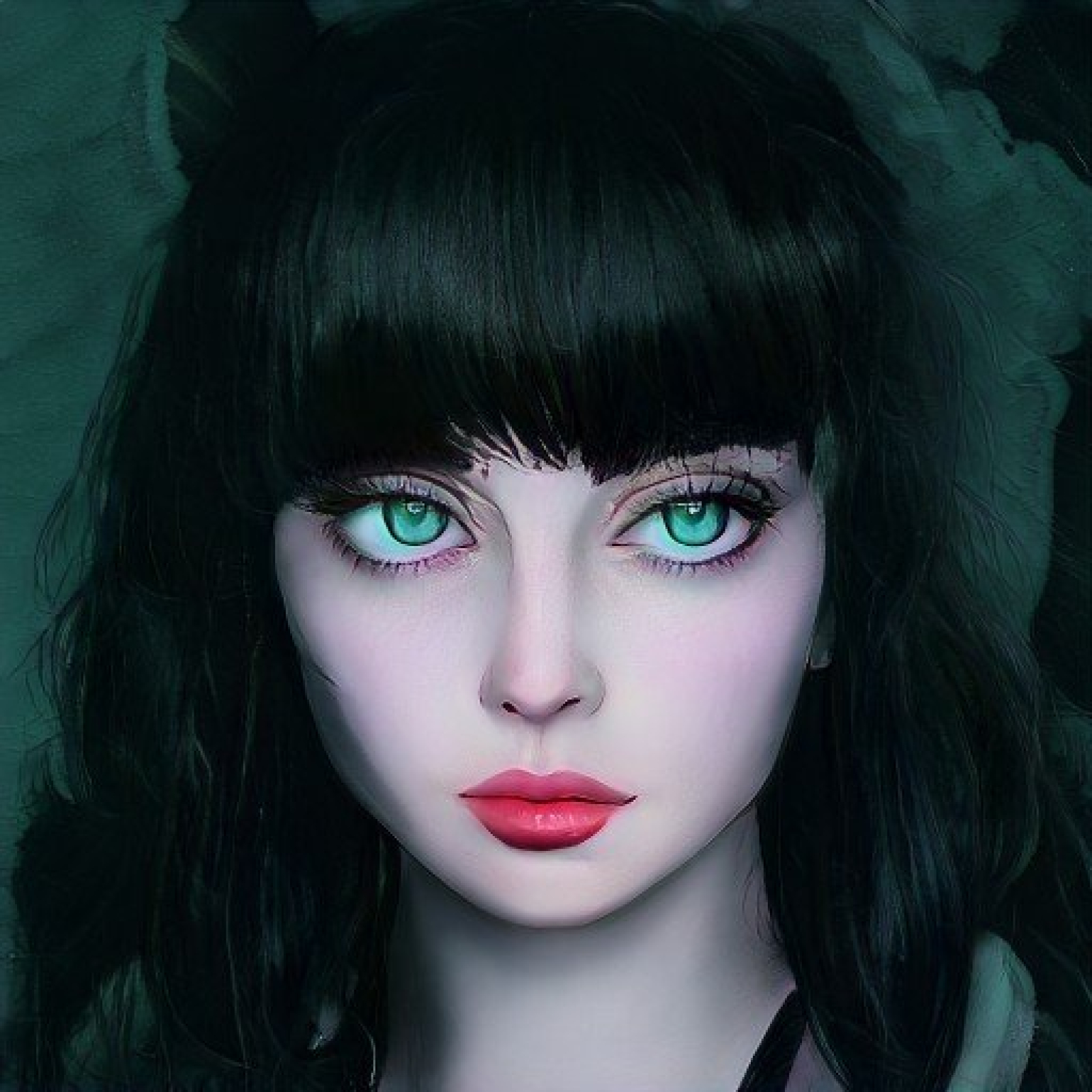 Like most Nymphs, Francine enjoys the art of clothes making. She wears some of the finest gowns in the land as she has crafted them herself. She is of the opinion that this the only way to truly advertise her work. When she is working in her shop she rarely wears anything as she still finds clothes to be constricting. She only wears them when she knows she is going to have a customer coming for a fitting or measurements. Her rooms are always locked so there are no accidents. Though her gowns are exquisite, the ones she crafts for herself are designed to be put on quickly.   Francine, though she seems to be a recluse, is anything but. Her rooms are for herself and her daughter, Rose du Plaint. They work as a team while crafting dresses. Rose is Francine's apprentice as well as her daughter. 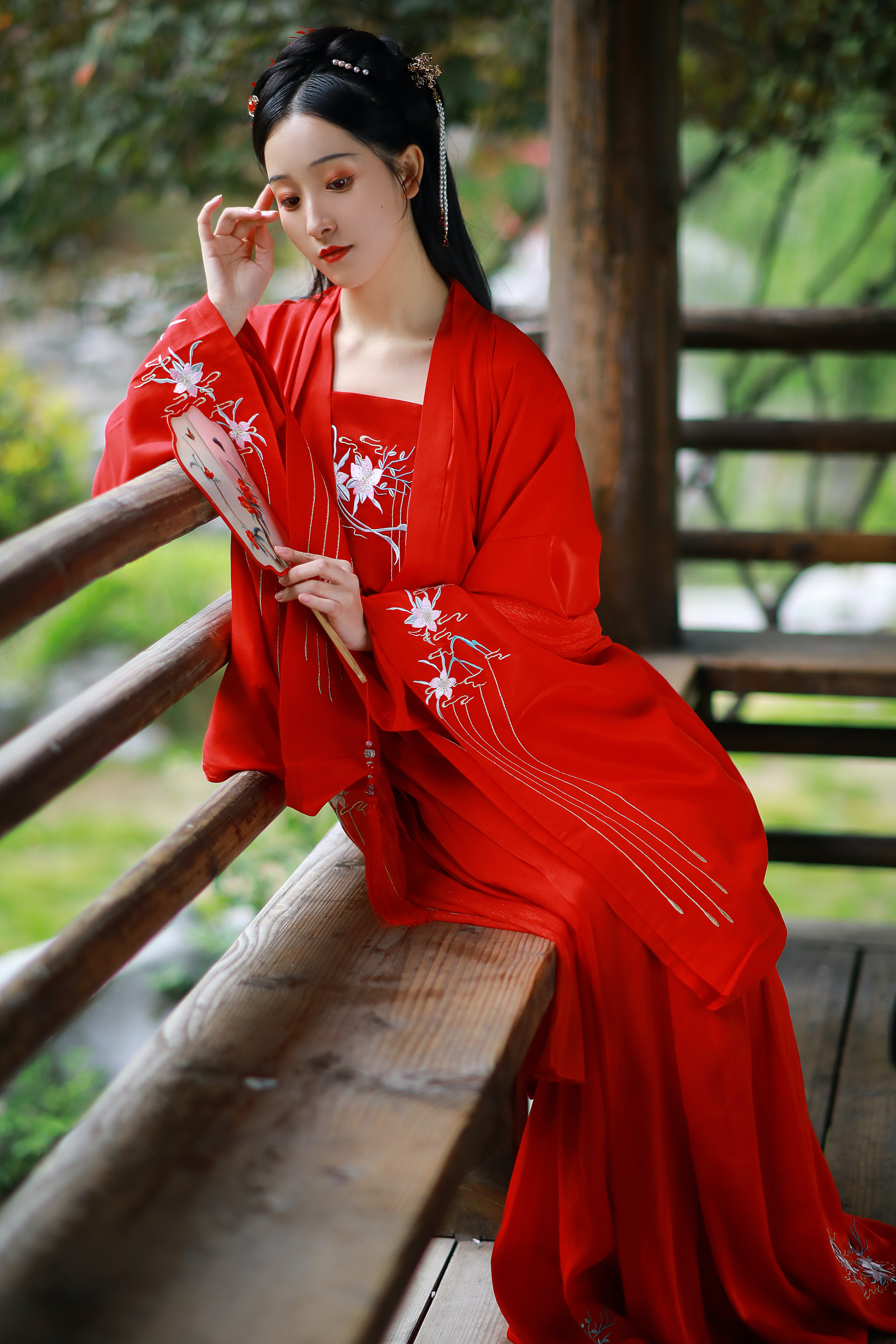 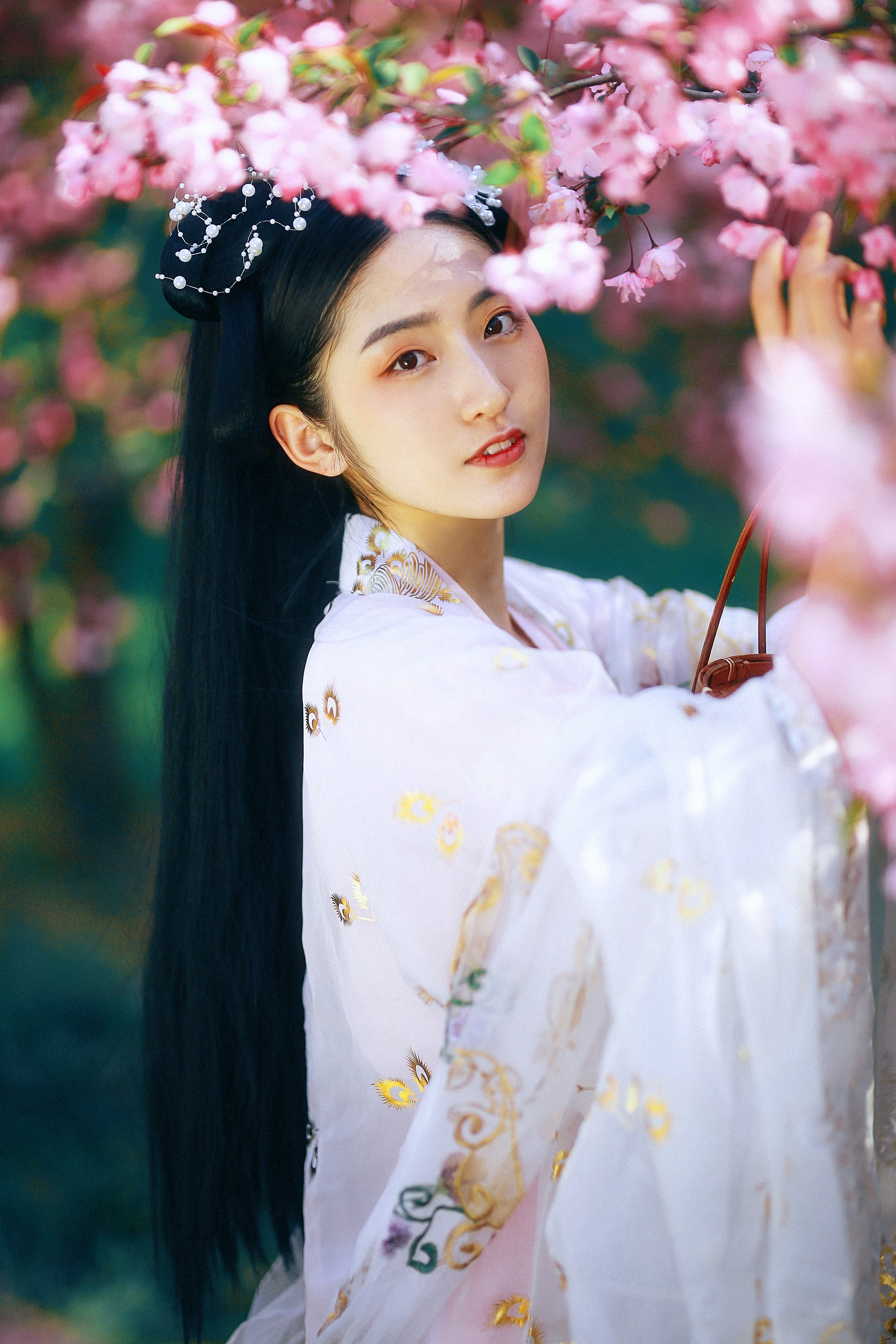 Francine was raised in a small village in the The Fae Wilds. When she reached the age of one hundred ninety-five she left her village to explore the world. She made her way to Herigberg, where she set up a small dress shop. She needed the money and found the clothing unfashionably wanting. She began building her reputation as a seamstress.   As her reputation grew she was invited to the Royal Palace to craft gowns for the Queen. Queen Eowyn decided that she wanted Francine close at hand whenever she wanted a new gown. With this decision was the invitation to move into the palace proper with a full suite of rooms to herself and a stipend. This was so Francine would be on call for orders without needing to be sent for.   (fix the redundancies)Francine had nothing to spend her stipend on since everything she needed was covered by her living arrangements. So since she lacked for nothing, she spent her stipend buying cloth of different varieties, styles, and weights. She made notes of where each bolt of cloth came from. This was because she was not always capable of examining the bolt before purchasing it. When she found inferior cloth in her collection she would remove the merchant or merchanting house from her list of suppliers. Her most notable and reliable merchanting house is Dazz & Poo Trading.   She gave birth to her daughter one hundred and twelve years after moving into the palace. Her daughter is now one hundred and sixteen years old.

Francine caught Rose sitting by the window looking out at the young guards during weapons and parade practice, the odd sigh escaping her lips. Francine hated the thought of having to have "the talk". 'Rose is still too young and it really isn't safe.'

Francine is the most well known and sought out seamstress in all of Corrigenda. Her clients are anyone who can afford her work.   Some of her most notable clients have been Queen Amsarill of Craglim Reach, Queen Eowyn of Herigmark, and most of the Fae Court.   Whenever a client becomes a repeat customer, Francine gives them the option to use a colour of cloth they have previously had gowns crafted from, or to be tested for a different colour. Since Francine keeps meticulous notes on her customers she is willing to accept orders without new measurements. This allows her to start working on an order before the client arrives for the first fitting.   Rose is her greatest accomplishment, alopecia or not. Everytime she glances at her daughter her smile brightens.

Her daughter, Rose, is an embarrassment to her. How can a nymph be incapable of growing hair? She considers this to be a failure on her part. She has spent most of Rose's life trying to find a way to cover her perceived deformity. Even with all her skill in the arcane arts and knowledge of enchantments, Francine has yet to craft anything capable of fulfilling her expectations.   Francine's biggest failure is in not listening to her daughter when it comes to her hair problem. Rose has never blamed her mother for her lack of hair. Nor has her mother's inability to disguise this been a cause for concern to Rose.

Francine loves crafting gowns for her customers. She believes it is an artform that should be worn and shown off.   In all honesty, Francine doesn't need the gold to survive. She sinks about a quarter of what she earns selling her gowns back into materials for her craft. The rest of the gold she earns goes into her true motivation; finding a way to allow her daughter to live a happy life, with a full head of long, flowing locks. She blames herself for her daughter's lack of hair, as though she caused it through her use of magic in crafting the gowns while she was pregnant.

Of all the things Francine likes, working with needle and thread are on the top of her list. She loves the feel of the fabric, the way it falls when placed just so.   If there is anything that rankles for her it's inferior cloth or thread. Any merchant who sells her inferior goods finds they no longer have her as a customer, nor do they retain many of their other customers.   She abhors the thought that her clients may have a choice in how their gown is made, since they obviously do not have her experience or expertise.

Francine's greatest flaw is hubris. She displays this when clients try to tell her how to design their dress. This is in essence because she chooses everything to complement and flatter the wearer. When the customer chooses to disregard her recommendations, she still does the best she can to individualize the gown and ensure that it still complements the wearer. This, of course, causes the price to increase.   Clients who insist on having their way are never return customers. Francine will find better things to do when they try to book an appointment.

Francine has the habit of muttering to herself while designing a gown, or measuring her clients. This usually is some form of rhyme or song. No one really knows as they can hear her but not quite make out the words. This could be in part because of the pins or pens in her mouth.

Francine is fastidious about cleanliness as she abhors the soiling of the materials she is working with.

Francine had an improper affair with the father of Rose. He was a handsome young noble at the time. When Queen Eowyn heard about the affair she nearly had Francine beheaded for treason. Her relationship ended when he died a couple of years later due to a hunting accident.   Queen Eowyn and Francine became very good friends after the king's death as they shared his loss.

Great article! France is a really interesting character and I like how you've presented her.   My only questions are:   1)who is Rose's father as she seems to appear out of nowhere here :D If he is dead because he was a mortal, how has this impacted Francine?   2) What is Francine's relationship with Rose? Given that Francine sees her as having a deformity, I would imagine the relationships to be terrible, but you seem to imply the contrary, so I think this needs to be clarified. Would Rose not be hurt if her mother recoils every time she looks at her? If she sees her as a problem that needs to be solved? Even if Francin is a good person and this stems from her guilt, that would still hurt Rose, wouldn't it?     I also have two remarks:   1) "Francine has caught Rose sitting by the window looking out at the young guards at weapons and parade practice. The odd sigh escaping her lips. Francine hated the thought of having to have "the talk". Rose was still too young and it really wasn't safe." This should be in a quote or aloud I think. Here it's a bit jarring when it follows directly from the rest of the text without transition. If you don't want to use quotes or aloud, I think it needs to be in its own paragraph.   2) "She has spent most of Rose's life trying to find a way to cover her deformity. " I would say "what she considers to be a deformity" to formulate that in a more sensitive way, as you don't want to imply that people who have that disease in real life or who are bald are deformed. Same when you said "Her shyness stems from her disfiguring disability." earlier.

Thank you for the feedback. I didn't consider that when writing the article.