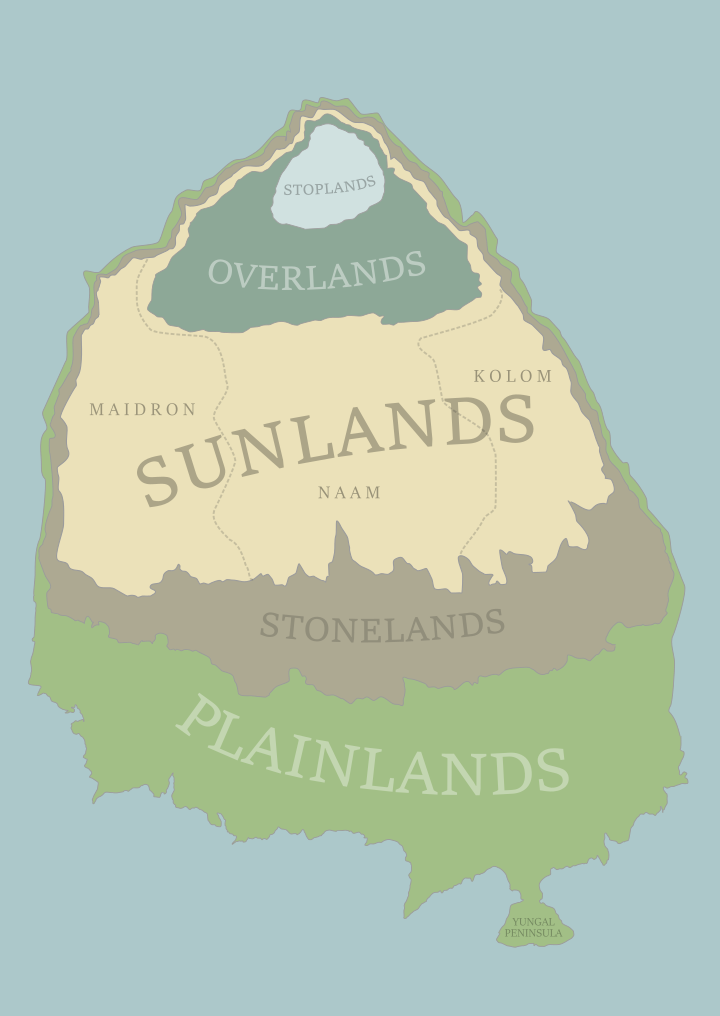 On a planet with a single ovoid supercontinent, climates, ecosystems and resources are not separated as islands with oceans, but rather as plateaus with gargantuan sheer cliffs.   As life develops on the land mass, between the grassy Plainlands, the rocky Stonelands, the arid Sunlands, the boreal Overlands, different species of flora and fauna evolve uniquely in each of their habitats.   From a seaward peninsula on the lowest plateau, a hairless bipedal social species of fauna migrates throughout the supercontinent, scaling the cliffs in huge migrations, eventually being the first complex species of animal to live on all 4 habitable plateaus. In the process of these migrations, many groups of humans end up isolating themselves from eachother and developing undisturbed for ages as a result.   As the different groups of humans adapt and change to their environment, they each create their own unique cultures. After being isolated for ages, some Overlanders decide to go on an expedition to the lower plateaus.   Learn about the cultures and history of the Clifflands, how humanity changes, adapts, and what the cliffs might hold.