Description   Rowain Daliesyn (Ro-an Dal-leas-sien) is a stubborn and cautious young man, who has trouble expressing himself. He is a good listener though. He has an inquisitive mind and a love of learning. He does not trust easy, partly because he does not trust his own judgement, but he is extremely loyal and protective of those he cares for. He is extremely loyal and protective of those he cares for. He is tall, with a pale skintone, messy dark brown hair and light blue eyes. He has a inquisitive love of learning. He has two siblings; his twin sister Maigen, and his younger sister, Ashelin.   Background   Rowain, along with his two siblings, was raised under constant house arrest, with the threat of execution always a possibility. His parents died when he was 5 and he and his siblings were forcibly separated and moved around from place to place for much of the childhood. Finally, a year ago, thanks to the efforts of his grandfather Adaris, he and his siblings were reunited and kept at the small estate of Dindeoin. They were still under house arrest, but they were finally together. He and his siblings have been secretly making plans to escape and flee, but these plans are interrupted by the arrival of Darius Thade which sets our story in motion.     Opening Plot   So when Darius Thade suddenly arrives at the estate that functions as a prison for Rowain and his siblings, they begin to panic and try to set their plans to escape in motion that night. But that night, things go terribly wrong and a fire breaks out, causing chaos which a group of raiders use to kidnap Rowain and Ashelin. The raiders drag the two towards the north, but Rowain and Ashelin manage to escape. They escape and flee to the city of Wayare where they plan to stowaway on a ship bound for Talindis. Whilst hiding in the hold the ship also catches fire and sinks. Rowain is rescued from almost drowning but he believes Ashelin has been killed. Despondent, he no longer cares what happens to him, and barely pays attention when he is imprisoned. He is surprised then when he finds himself given into the care of the Mage, Ieshara for transport to Talindis alongside Morwena Vallach. Both youths cause much fanfare amongst the Medean Magi when they arrive due to their natural ability to use magic.   Rowain and some of his fellow Medean apprentices will be tricked into touching a Nepheshite Crystal, which will send them into a deep coma. He will experience the other fragments of the Ehoshim whose crystal it was, and gain a deeper connection to the Heptarchy (the source of all magic). His strongest connection will be to Taphomeh – City of Shadows.     Friends & Lovers   The first chance he gets, Rowain attempts to runway from the Medean Magi and it is during this time he will encounter the woman he will fall in love with and marry. The princess Kheirasmin Nardianes is also attempting to run away and both bond over their situations. Eventually both are caught after group of slavers attempt to snatch them and both are returned to their respective “homes”. Rowain and Kheirasmin will eventually marry and have a daughter, Sera.   Morwena will become Rowain's first friend, and the first person outside of his siblings he grows to trust. Eventually he starts to trust and befriend most of the Medean Magi apprentices. Opening himself up like this to others was a risk in his mind and he almost regrets it when some of those friends betray him.   When he claims the Tower of Shoje, he is surprised to find the child Caliothe there alone. Her strange ignorance of the outside world and implacable trust in him, leads him to see her as a substitute for Ashelin, the sister he believes has died.   Main Antagonists

Shy, but confidant. A bit of an introvert. Talkative with people he knows well, but reticent with strangers.

No wealth of his own. He is a runaway. 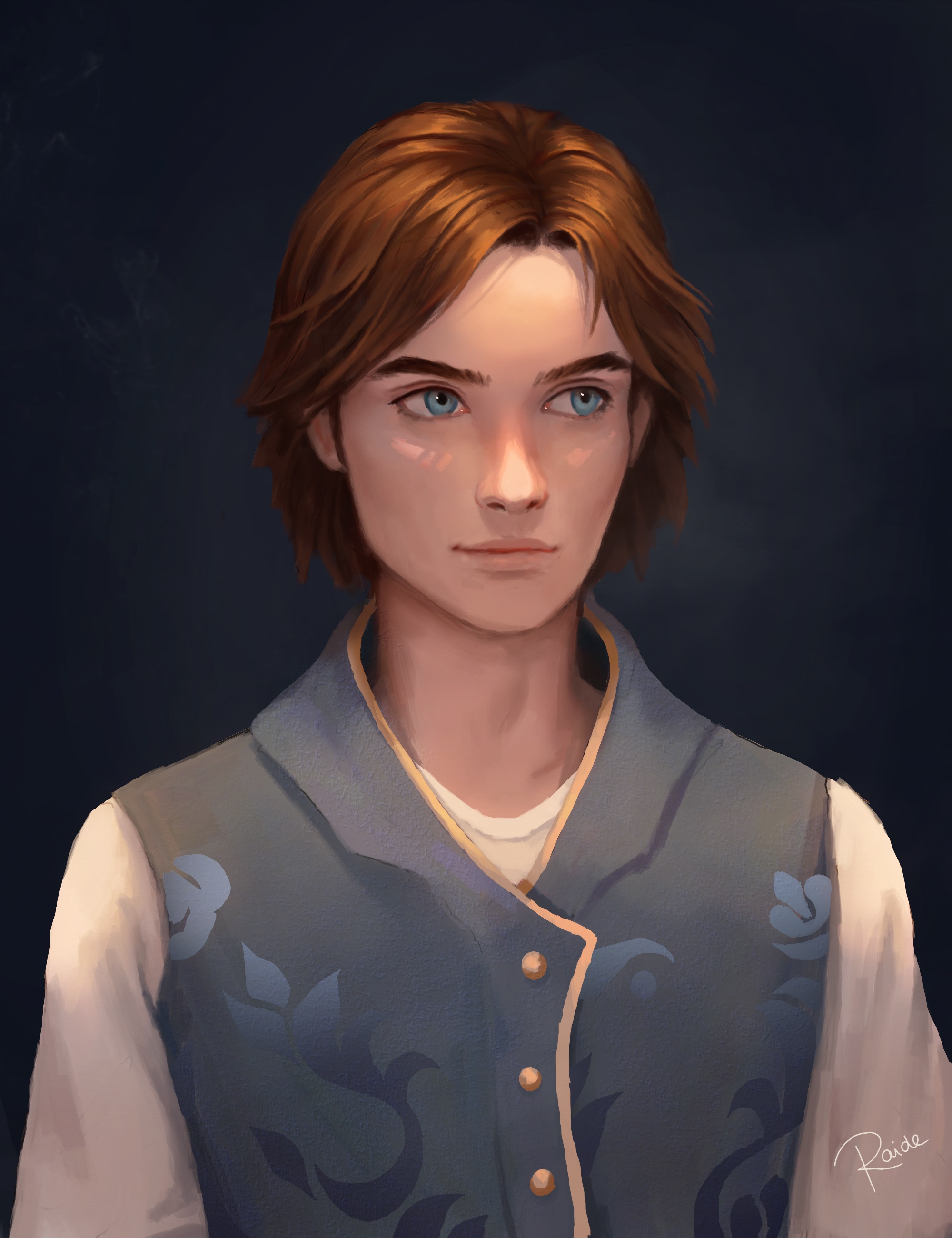