In 951, Otto came to the aid of Adelaide, the widowed queen of Italy, defeating her enemies, marrying her, and taking control over Italy. In 955, Otto won a decisive victory over the Magyars in the Battle of Lechfeld. In 962, Otto was crowned emperor by Pope John XII, thus intertwining the affairs of the German kingdom with those of Italy and the Papacy. Otto's coronation as Emperor marked the German kings as successors to the Empire of Charlemagne, which through the concept of translatio imperii, also made them consider themselves as successors to Ancient Rome. The flowering of arts beginning with Otto the Great's reign is known as the Ottonian Renaissance, centered in Germany but also happening in Northern Italy and France. Otto created the imperial church system, often called "Ottonian church system of the Reich", which tied the great imperial churches and their representatives to imperial service, thus providing "a stable and long-lasting framework for Germany". During the Ottonian era, imperial women played a prominent role in political and ecclesiastic affairs, often combining their functions as religious leader and advisor, regent or co-ruler, notably Matilda of Ringelheim, Eadgyth, Adelaide of Italy, Theophanu, Matilda of Quedlinburg. 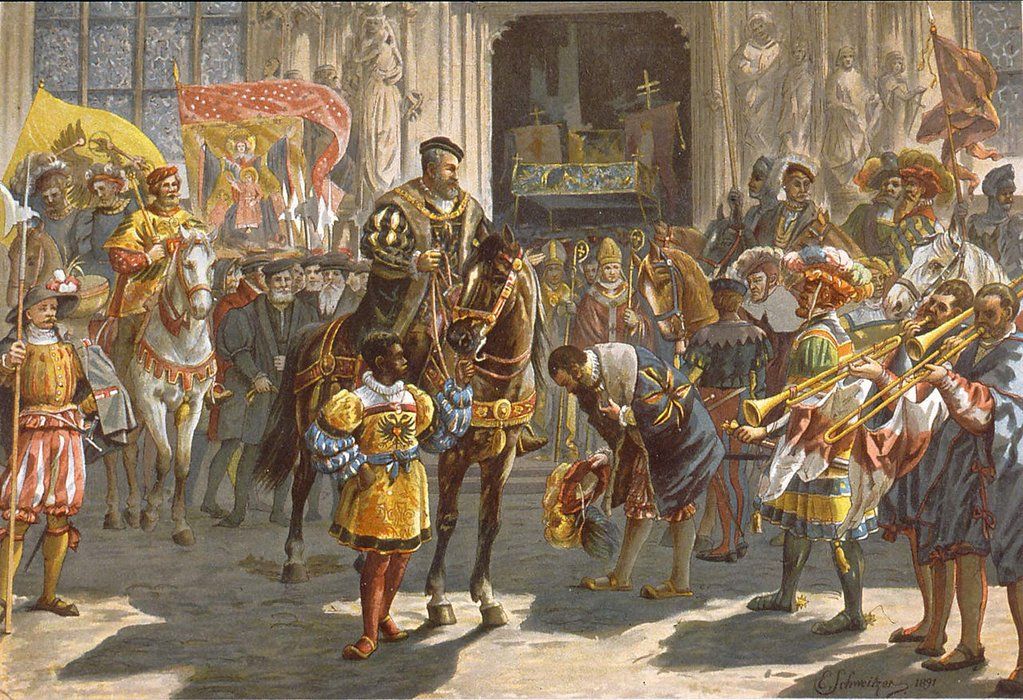 In 963, Otto deposed the current Pope John XII and chose Pope Leo VIII as the new pope (although John XII and Leo VIII both claimed the papacy until 964 when John XII died). This also renewed the conflict with the Eastern Emperor in Constantinople, especially after Otto's son Otto II (r. 967–83) adopted the designation imperator Romanorum. Still, Otto II formed marital ties with the east when he married the Byzantine princess Theophanu.

Their son, Otto III, came to the throne only three years old, and was subjected to a power struggle and series of regencies until his age of majority in 994. Up to that time, he remained in Germany, while a deposed duke, Crescentius II, ruled over Rome and part of Italy, ostensibly in his stead. In 996 Otto III appointed his cousin Gregory V the first German Pope.[94] A foreign pope and foreign papal officers were seen with suspicion by Roman nobles, who were led by Crescentius II to revolt. Otto III's former mentor Antipope John XVI briefly held Rome, until the Holy Roman Emperor seized the city.

Otto died young in 1002, and was succeeded by his cousin Henry II, who focused on Germany. Otto III's (and his mentor Pope Sylvester's) diplomatic activities coincided with and facilitated the Christianization and the spread of Latin culture in different parts of Europe.[97][98] They coopted a new group of nations (Slavic) into the framework of Europe, with their empire functioning, as some remark, as a "Byzantine-like presidency over a family of nations, centred on pope and emperor in Rome", has proved a lasting achievement.[ Otto's early death though made his reign "the tale of largely unrealized potential".

Henry II died in 1024 and Conrad II, first of the Salian dynasty, was elected king only after some debate among dukes and nobles. This group eventually developed into the college of Electors.

Region: Holy Roman Empire
Open full size
Holy Roman Empire, the varying complex of lands in western and central Europe ruled over first by Frankish and then by German kings