The Convergence.   An event that shaped the world for eons to come. Gods and deities from across the cosmos laid claim to this barren world in more ways than one. Throughout the ages, the gods imbued different civilizations with secrets containing long-lost magic. The secrets of magic led the way for many expeditions to uncharted lands as these civilizations look to understand their link to the world and the gods themselves.   These expeditions led to stunning discoveries that paved the way for future generations. Over time, three continents have been formed that each has their own mysteries, wonders, and dangers.   Austrand. A continent that is reminiscent of classic stories of dungeons. dragons, and the heroes of old. Sacramentum. A mysterious and dark continent that has led to untold and unknown dangers terrorizing all who dream of adventure. Discordia. A continent filled with music and magic, its rich history is tied to the lifeblood of the world itself.   Chobos is a world that offers creativity, battles, and technology that blends innovation and knowledge of the arcane. It is magical, frightful, wonderful, and scary. Chobos is a world with opportunities... only if you dare to dream. 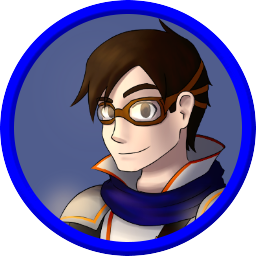