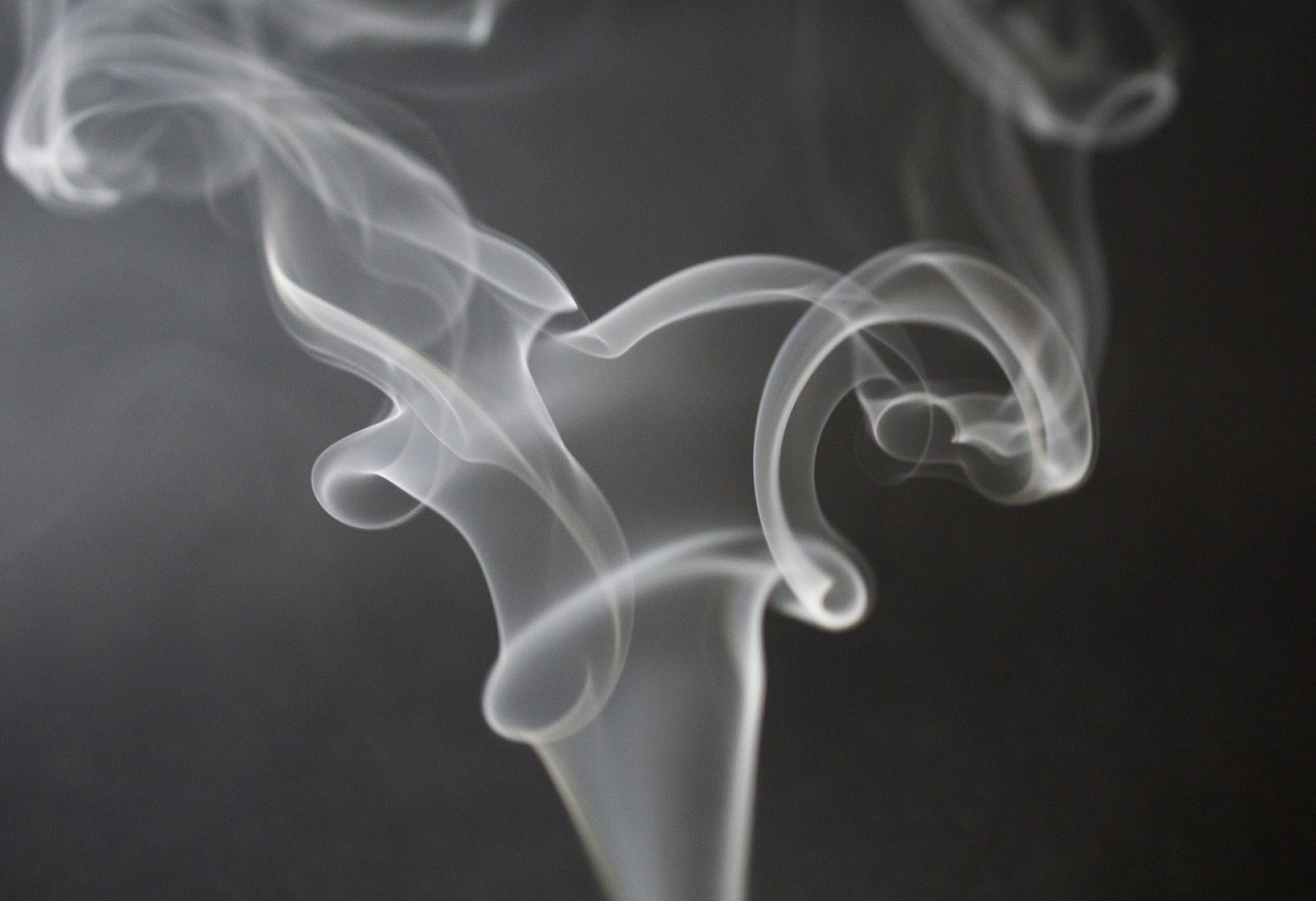 "Hey, gorgeous," Merle Overton slurred as he draped his arms over a tall brunette on the dance floor. He leaned in close to her and nuzzled his nose against the flesh of her neck and inhaled deeply. His hand groped along her leg and up her skirt. A swift knee to his groin sent him crumbling to the floor, followed by a well placed kick to the side of his head as his victim stepped over him and stomped away.

A massive hand grabbed Merle by the collar and yanked him to his feet, its counterpart landed a sharp right-cross into his nose and lips, sending a spray of blood over nearby patrons. A follow-up jab sent him flying into the crowd. Merle slammed into another lady, his hands grabbed at her breast. Blood from his nose streaked down her shoulder as he attempted to right himself. She held him up long enough for him to find his balance. Her kind act came to a staggering halt as he smashed his fist into her chin. Before her unconscious body hit the floor complete chaos broke out. Every man within sight reached for Merle. He began to connect his own hits, swinging at anyone who ventured close enough.

"Oh shit!" Rob exclaimed as the commotion caught his attention. He slid under the bar gate and darted toward the dance floor.

H.B. paused mid-drink at the bartenders sudden, unprovoked expletive. He turned in the direction Rob went and let loose with a string of his own colorful words as he watched his son swing at a tall, blonde man. "Well that's just fucking great," he said. "That damn idiot dolt. I can't take that damn jackass anywhere. Of all the things!" He pushed his bar stool back and stood. "I'm gonna beat his ass my damn self," he spit on the floor and began to make his way to the scrum.

Merle tried to focus on whoever was in front of him now. Both of his eyes had blackened and were nearly swollen shut. He locked onto the shadows before him and swung. He didn't know who or what he swung at, he just rode the swell of rage and alcohol flowing through him and the all consuming desire to smash something. He missed. The tall blonde gentleman caught Merle's arm, spun him around and sent him flying. Merle's feet left the ground. All sense of direction gone. Pain radiated through his torso as he smashed into someone or something. Flashes of light richocheted around his brain as his head bounced off the hardwood floor of the stage.

Cecil crawled to his feet, and out from under Merle. The red bearded man lay at his feet, his eyebrows pulled hard downward, blood streaming from his nose onto the stage floor. Cecil reached down, grabbed the man's arm and pulled him to his feet. The young man's eyes blazed through tiny slits and Cecil just managed to dodge as a fist came swinging toward his face.

"Get away from me, ya filth," the drunk screamed.


"Damn, Ce. That crowd out'dere is crazy ta'night! Man, you can't let dem rich bastards get to you. if you'da swung at that bimbo ass cracker, we'd all be tossed out in tha'dirt. Thank God Rob stepped in when he did," Henry said as he wrapped tape around the index and middle fingers of his left hand. "So many of'em out der, it's raising the temp'tur way up. My hands are so sweaty, I can't rightly hold my sticks without'em flying 'cross the room," he tossed the roll of tape onto a cluttered table in front of him, picked up his drink, and took a long pull from it. "Ya think we can get Rob ta turn those fans up and get some air move'n round in dere? I'm sure our guests are roasting as much as we are."

"I'll mention it to him, Henry. And yes, Rob is a good man. I'll have to thank him for saving my hide. Again. I forget how many times he's stepped in at the right moment, but I do know I can't ever repay him," Cecil replied before he plunged his head into a large basin of ice water. He straightened, grabbed a towel and wrapped it around his head.

A curtain to their left flung back and a tall, willowy man stepped out from behind it as he hitched up the zipper of his trousers. A cigarette dangled from the corner of his mouth and smoke crawled through the eyelashes of his left eye, and drifted up the brim of the fedora tilted back on his head. "That bimbo is just a drunk ass bastard. He hasn't an ounce of class in him. I bet he slipped his hand up at least six cookie pushers' skirts. What a piece of work that one is," he dropped his lanky frame down on the couch beside the drummer and crossed his legs. "It always amazes me how some worthless bastard such as that can afford a room here at the Dame. Guess it takes all kinds."

Cecil nodded to the bassist and tossed a book of matches to his pianist. "He's a dark soul for sure, Willie. All the light goes out around him," he said.

"There ya go again with that spooky shit, Cecil," Johnny piped in as he snatched the book of matches out of the air.

"Say what you will, Johnny. That man is bad news. The two who took him away are just as bad. Hopefully their infestation of this place won't last long."

The smoke, which hovered lazily about the room, quickened and rushed toward the back as a door opened. A moment later it embraced the young lady who stepped in.

A loud and enthusiastic, "Harriett!" arose from the men in the room.

"Hey, guys," she said as she leaned over and kissed Cecil on the cheek, "Hi, daddy."

"Hey, baby girl. What brings you down here?"

"Just wanted to see you and give you a hug before I get too deep into work. Since I started working here I see you less and less."

"We see each other at home, Harrie. You don't want to get yourself in trouble and lose your job."

Harriett plopped down beside her father on the worn-out couch. "Well, daddy, give yourself some credit for teaching me better. Sissy is sorting my laundry so I can come down here. I, in turn, will fold hers while she is...umm...occupied later this evening."

Laughter broke out among the men.

"Occupied. You're being too kind, Harrie," Johnny managed to get out between guffaws.

"I did raise my girl to be a lady, Johnny," Cecil said.

"Guys! You should be ashamed of yourselves. Where your minds went instantly is a poor reflection on you. And, Johnny, there's no reason for me to be crude," Harriett smirked at the pianist.

"Oh, come on! It's not a poor reflection on us if the reputation is well earned, my sweet Harrie," Johnny grinned at her.

A new wave of laughter erupted from the men at his retort.

"Fine. I can't argue with that. But, lets change the subject. What was this I overheard about spooky stuff when I walked in?"

"Yer pa' almost got himself into a fist fight with a little rich bastard in da bar, who he says has a black soul," Henry replied.

Harriett spun toward Cecil. "You did what?" she exclaimed.

"It was nothing, Harrie. The excitement ended before it even started."

"Yeah, thanks to Rob," Willie chimed in.

"It was nothing, baby girl. But I want you to stay away from a guy with brown hair and a red beard. He's rotten through and through."

Harriett gave her father a doubting look and canted her eyes at him.

"Okay, Papa, I hear you. But you were just lecturing me about losing my job and..."

A red lightbulb started to blink on and off over the stage entrance door before she could finish.

"Okay, boys. We're back on," Cecil said as he peeled himself from the couch. The band members began to stir, stubbed out their smokes and topped off their Mason jars.

Cecil pulled his daughter to her feet and hugged her tight. "Love you, baby girl. We gotta go back to work," he said and kissed her cheek. "I'll see you in the morning. I'll make pancakes," He grinned at her.

"I hate pancakes," she replied as she hugged him back.

"Oh, I'm hurt! Surely not mine," he said, laying his hand over his heart and screwing up his face into an astonished expression.

"Yes, even yours," she giggled.

Cecil winked at her and stepped through the door and into the lounge.


****
Part One: 2 Anything you please...
Part One: The lounge
Part one: 4 Life decisions
Chickenbones is a copyrighted work written solely by Susan Wilkerson. Any use of this work requires the authors express permission.
Cover image: by tookapic
Cover image: by XPLATOON