Maintenance In Progress
Major changes and an entire reorganization of this world are in-progress, and navigation may prove difficult until completion as a result. Thank you for understanding.
Followers of Vaguely Competent's campaign can find the campaign hub here, with notes, quest logs, and timelines readily available.
Looking to follow The Upstair's Gang as they travel throughout Chardovil? You can find the campaign hub here, with a timeline, task list, and session reports easy to find!

"You're full of shite! There haven't been dragons since the Cataclysm!"
"Just because you're too dense to know when you see one, doesn't mean they're extinct."
— A pair of bickering, drunken adventurers


Dragons are one of the most widely recongized creatures by name. While few have had to (mis)fortune

No true expert in Chardovilian dragons believes that all types of dragons have been cataloged.

Historical accounts of prismatic dragons paint them as largely aggresssive, vain, and greedy. Opportunities to speak with them have largely been met with a quick demise, and as such, information on them is extremely limited.

Metallic dragons are documented shapeshifters, largely motivated by curiosity and preserving their memories, their hordes reflective of this. They often have small, abandoned trinkets and unclaimed relics that they find appealing.

Falling somewhere between the aggression of the prismatic dragons and the curiosity of the metallic dragons, gemstone dragons are the most varied in personality and motivation. Some, such as amethyst dragons, can supposedly bend the laws of physics with their psyonic powers and wonder about other worlds. Others, like topaz dragons, have a similar ego to prismatic dragons, but with a measure of unpredictability that can be especially dangerous.

There is a theory, backed by a slim amount of evidence, that an Astral Dragon prowls the most remote areas of the Astral Sea. The Silver Sights Travel Co. has sent warships to investigate, however their efforts have proven unfruitful.

Unnamed Young White Dragon. Spotted within the Moonari Ice Field Pre-Cataclysm, no one is entirely sure what happened to it when disaster struck.

Unnamed Adult Gold Dragon. Rumored to have a lair to the west of the Ashijani town of Ulrin, it hasn't appeared to pose a threat, and common theories among researchers is that it sealed its lair during The Cataclysm and went into hibernation.

Valarithauntyrix. A moonstone dragon with portals to her lair scattered across continents and planes. Rumors abound of Altraxian people having witnessed her flying overhead, and one who claims to have met her. 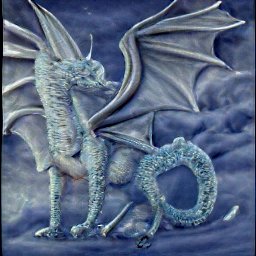 Answering: "a species considered monstrous by some"
Visit ynix's Competition Page Check all other answers to this prompt Competition Homepage