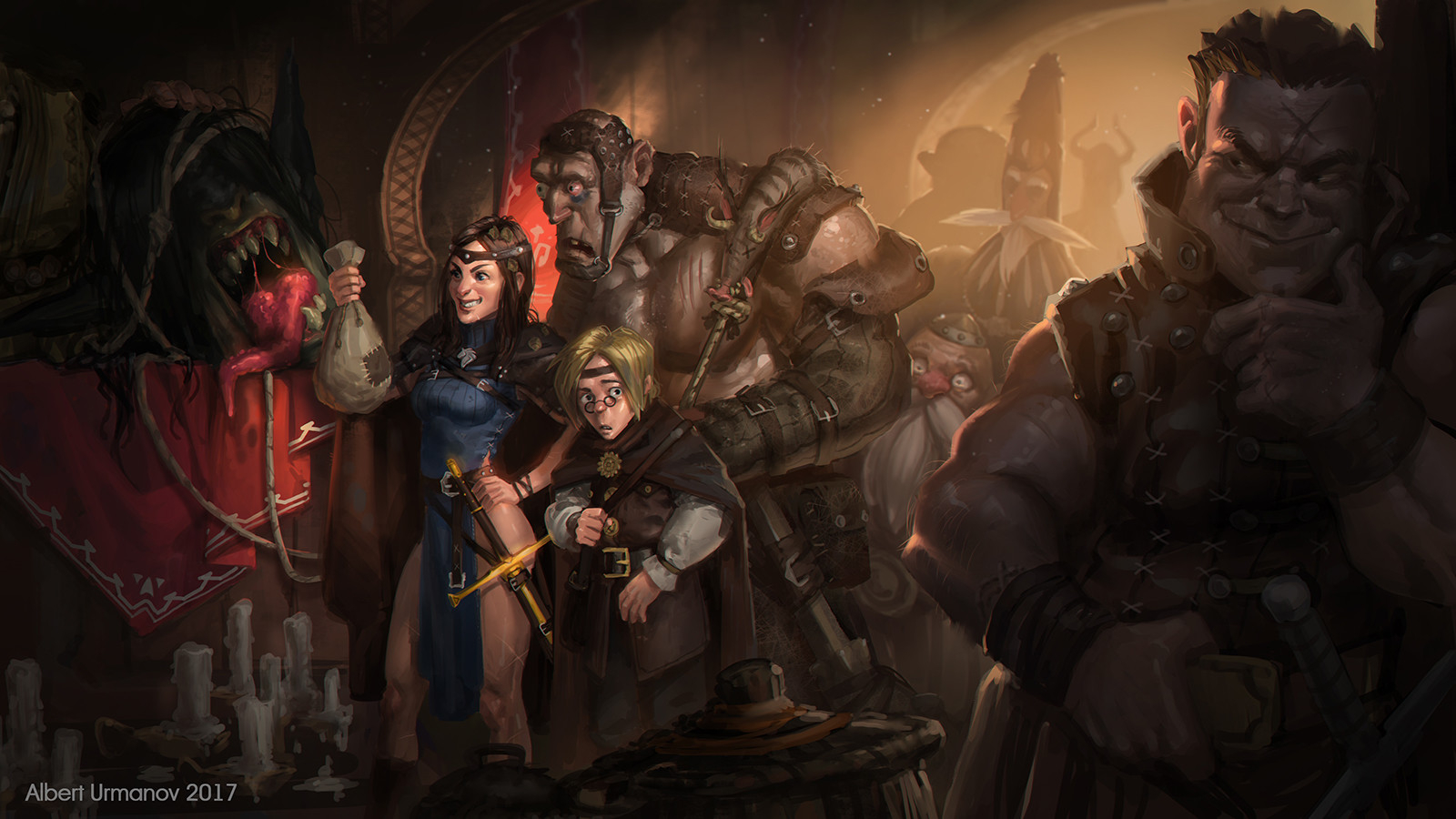 The Guild of Heroes

The Guild gives budding adventurers a chance to achieve their dreams. Whether it is to make a fortune or to enter into legend, the Guild welcomes all and helps them achieve feats of daring-do.

Prospects must first prove themselves to a guild representative who will send them to their first contractor who will, in turn, give them on a quest (e.g. find a lost artifact, clear the cave, etc.). Successful (and/or surviving) groups will be formally invited to join the guild and reap the full benefits of membership.

Each representative reports to a higher chain of command. Each location in Chardovia has a devision on the Guild of Heroes (called a Chapter) each with its own Guild Master. Each of these Masters report to the supreme leader of the Guild - whose identity is a closely guarded secret. 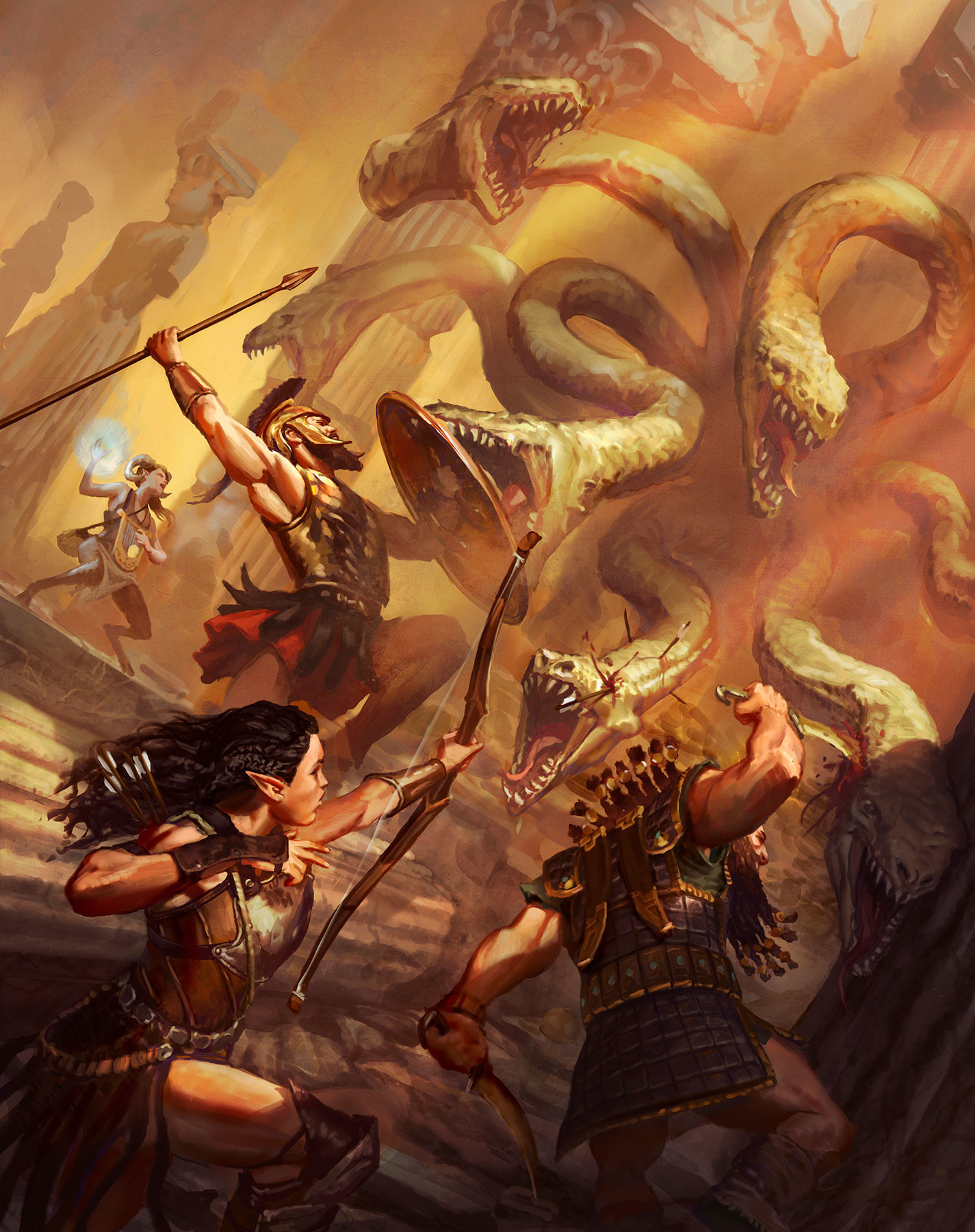 To help those in need and to rid the world of evil monsters and villains.

The Guild was said to be founded by an adventuring party. Having gathered all the gold they could, and having slayed all that needed slaying, they decided to devote their time to help others achieve their dreams of glory. This founding party were said to be the first Guild Masters, but their identities have been lost to the sands of time (or are yet another secret).

Members of this Guild have aided kings, saved ordinary folk, and stopped the destruction of the world on multiple occasions. They have a strong reputation as a force for good in Chardovia - even if their fees are steep every now and again. 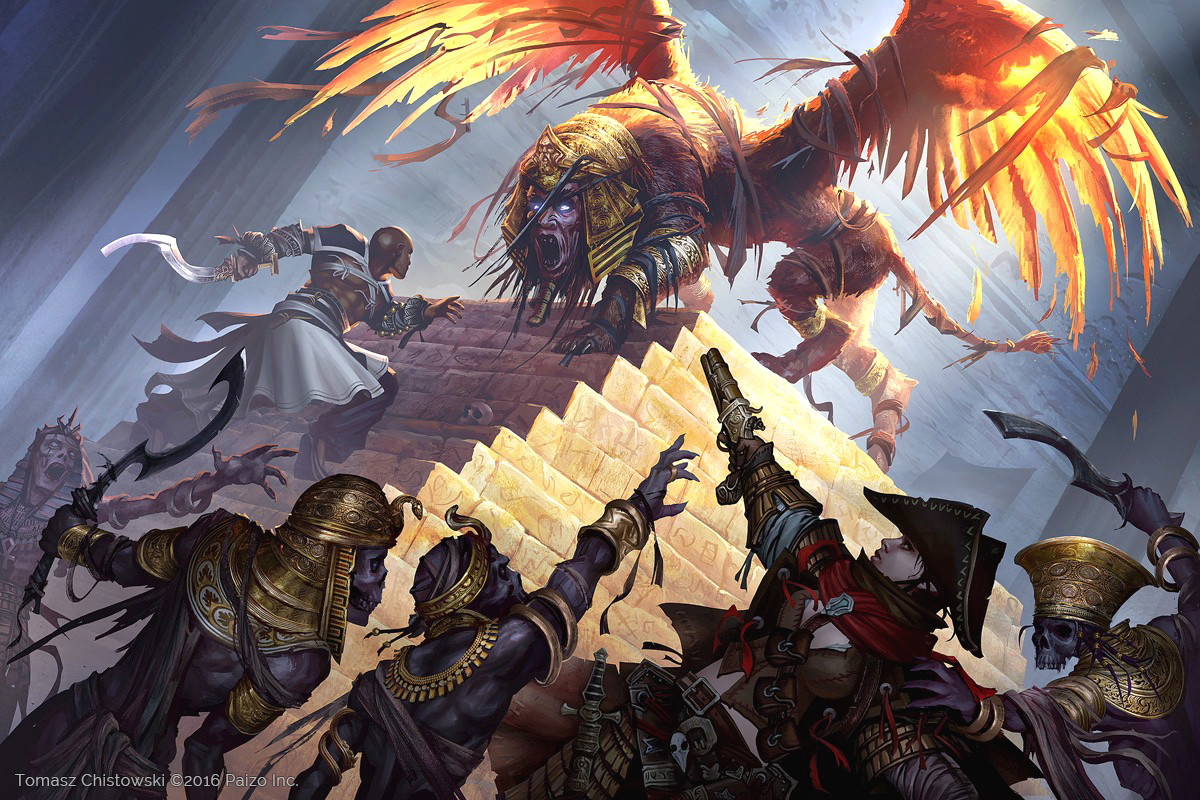 Each territory in Chardovia has its own Chapter of this Guild. They operate fairly independently from each other, but there are liaisons that ensure that Chapters don't step on each other's toes.

While there is no 'Guild Religion' as such, the Guild has show preference for the goddesses Avandra and Erathis. This may be due to the beliefs of the original founders or - more likely - a matter of practicality. Be that as it may, the Guild does not encourage or discourage the worship of any god or goddess. Members are free to practice their own beliefs as long as it this worship doesn't conflict with the Guild's mission.

The Guild does not discriminate when it comes to working for factions (of any side), just as long as the job falls within their brief (e.g. killing monsters, saving the world, finding treasure) and doesn't have anything to do with overthrowing governments or anything vaguely political. Members of the guild are no different from mercenaries.

Every faction and government view the Guild in a positive light - often giving members a pass on minor transgressions. This may be because they know that - in Chardovia, at least - monsters and villains are a common threat. You never know when you need a band of rag-tag heroes to save your hide.

This popularity has its downsides, of course. Nefarious factions (e.g. the Skinners) often target members of the guild or try to infiltrate the ranks. Whether this is due to old grudges or greed depends on the faction. 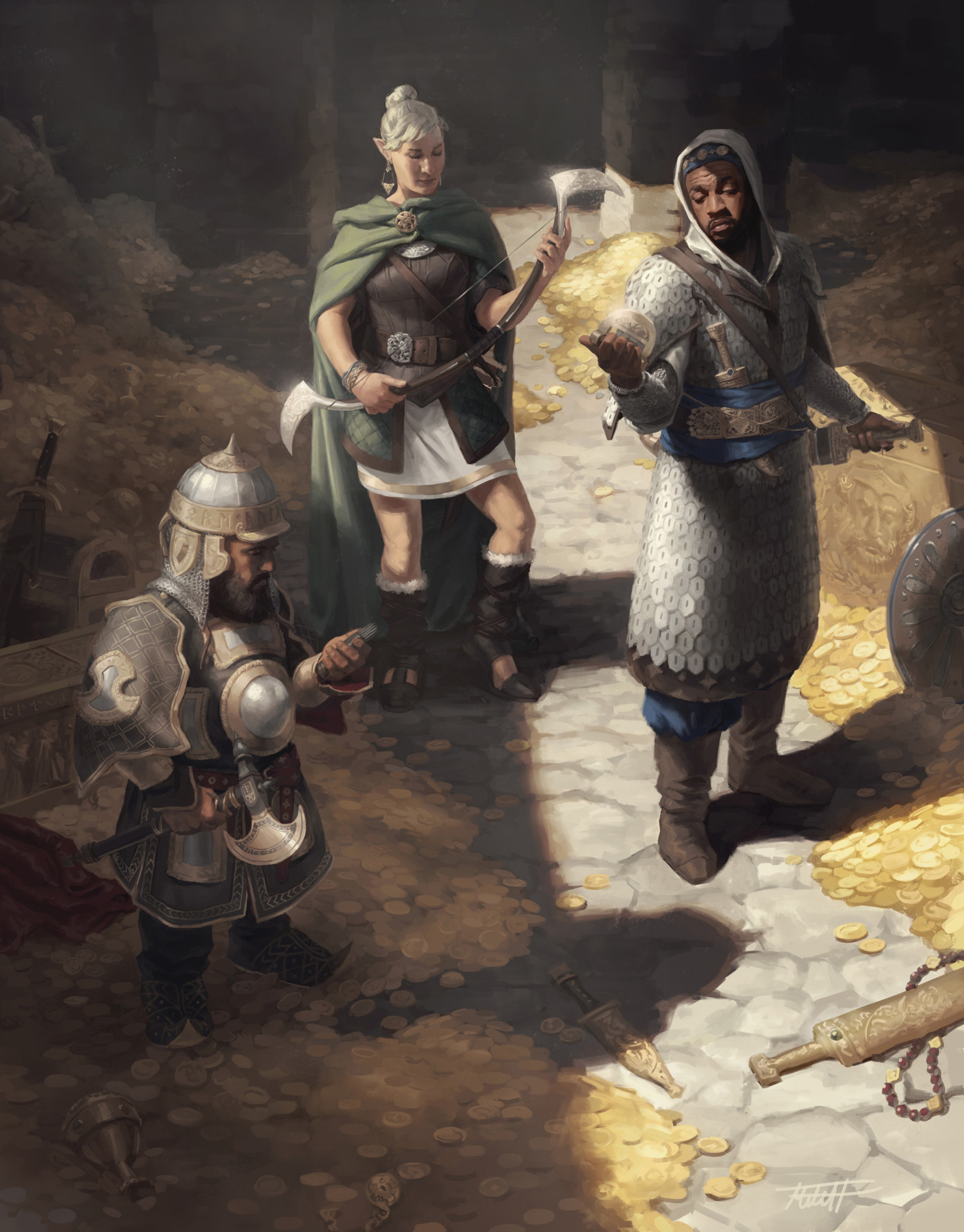 
The Guild takes a dim view of unlicensed (unaffiliated) adventuring parties operating in their territory. They will often impose hefty fines on these groups in order to discourage people from stealing their business.

The Guild needs a high number of weapons, arrows, armor, and adventuring supplies. They are said to keep the entire health potion industry afloat.

Due to the nature of their undertakings, the Guild of Heroes often find themselves with a surplus of monster bits and pieces. Pelts, hides, and scales are often sold to tailors and smiths to create armor and the like. The rarer pieces often go to collectors for a large sum (e.g. poison glands for the Coil, and items of magical origin to the Arcanium).

The Guild has been known to grant their top-tier members access to airships to spirit them to their destinations faster. However, as these are 'imitations' of Calgori warships, they are known to be wholly unreliable. Many a great adventuring party has been lost to an exploding balloon.

There is some level of arithmetic training for new initiates. While the guild claim that this is to aid the general intelligence of their heroes, most hold that it is to ensure that the heroes get their promised cut from contractors.

Save the day and get paid for it! 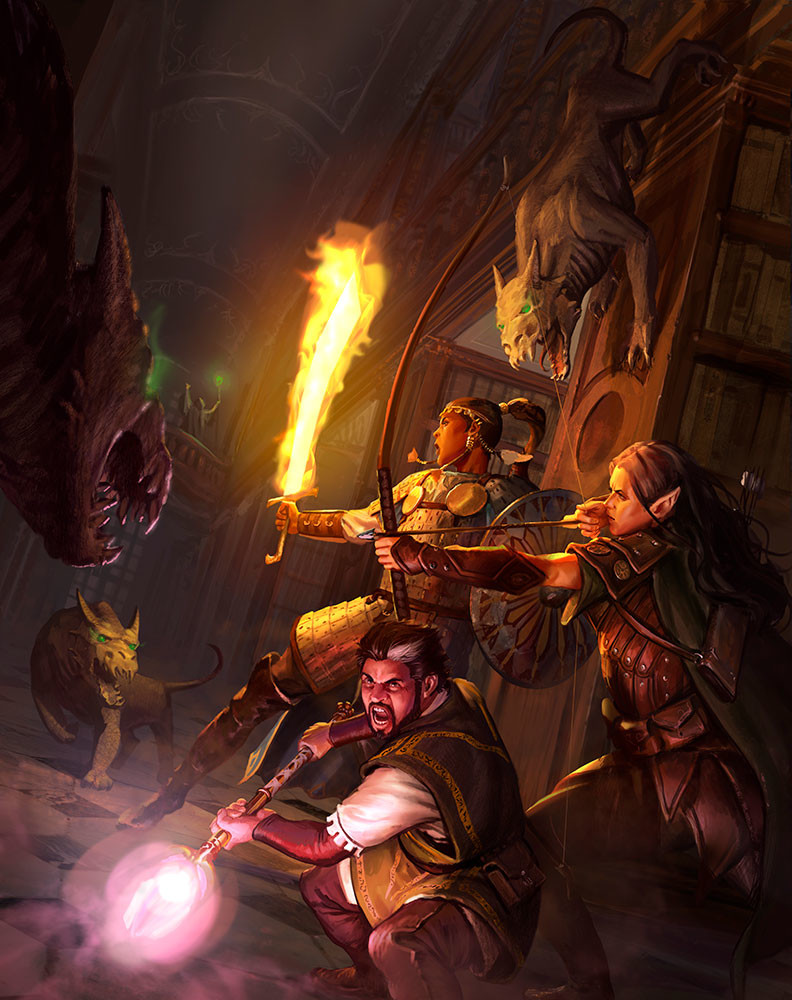