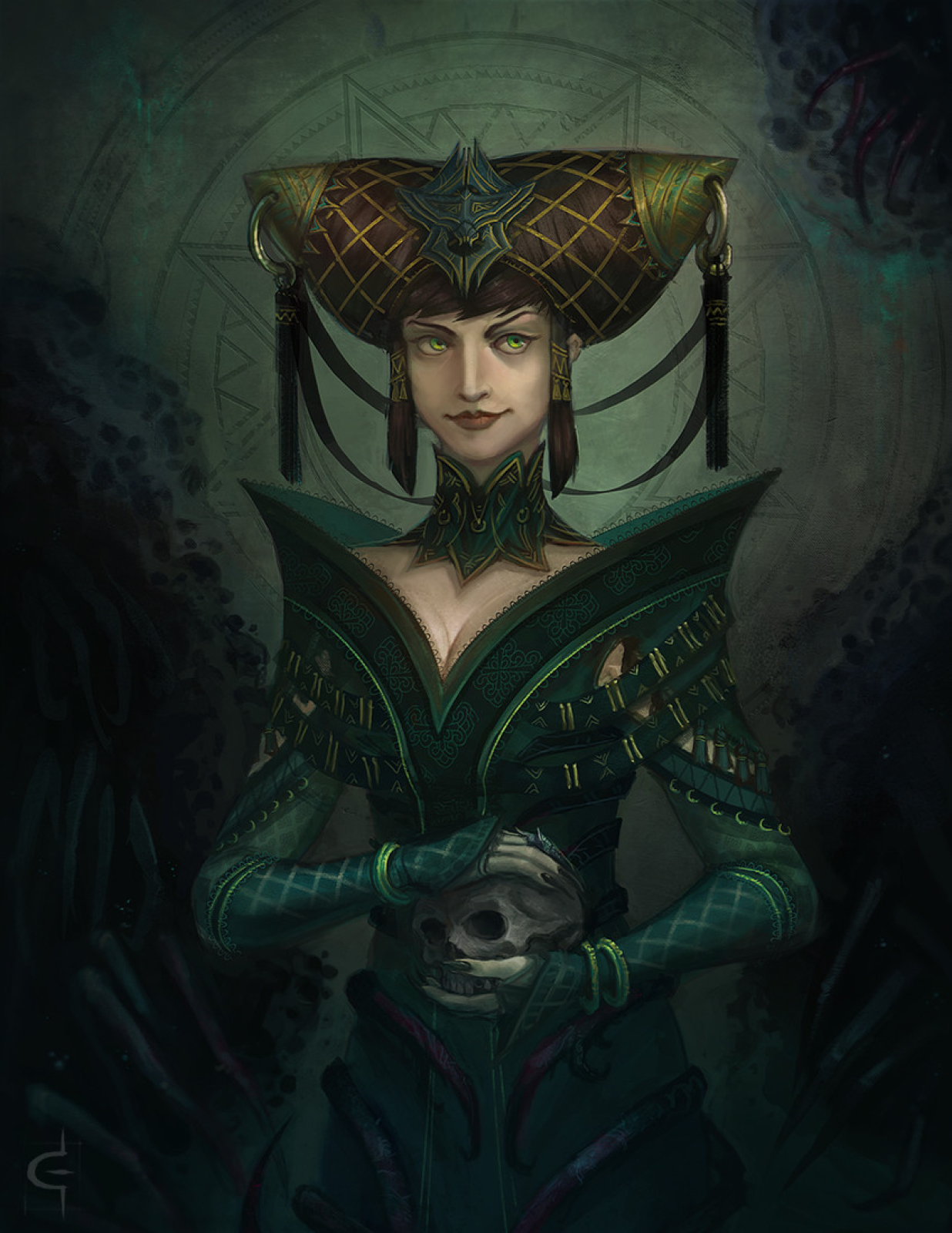 Cult of the Night Queen

Paladins of Pelor rooted out every stronghold of the cult. Worship of Phobetora is outlawed in Chardovia.

The Worship of the Queen of Nightmares, Phobatora.

The Cult believed that one didn't truly know oneself until one experienced true horror.

Experiencing nightmares is a major part of worshiping Phobetora. Cultists took various narcotics and alchemical stimulants in order to induce nightmares and hallucinations. While the most ardent believers reported that they made contact with their Lady, most such incidents ended in peculiar (and sometimes fatal) accidents.

Most cultists tended to be from rich families or nobility. Most were heiresses and spares with an interest in the esoteric. This meant that the cult had sway over various governments and kingdoms. This was certainly true during the cult's golden age. However, during the cult's decline, most members were spinsters, heretics, and addicts - those who were shunned from society in the first place.

For the will of the Nightmare Queen