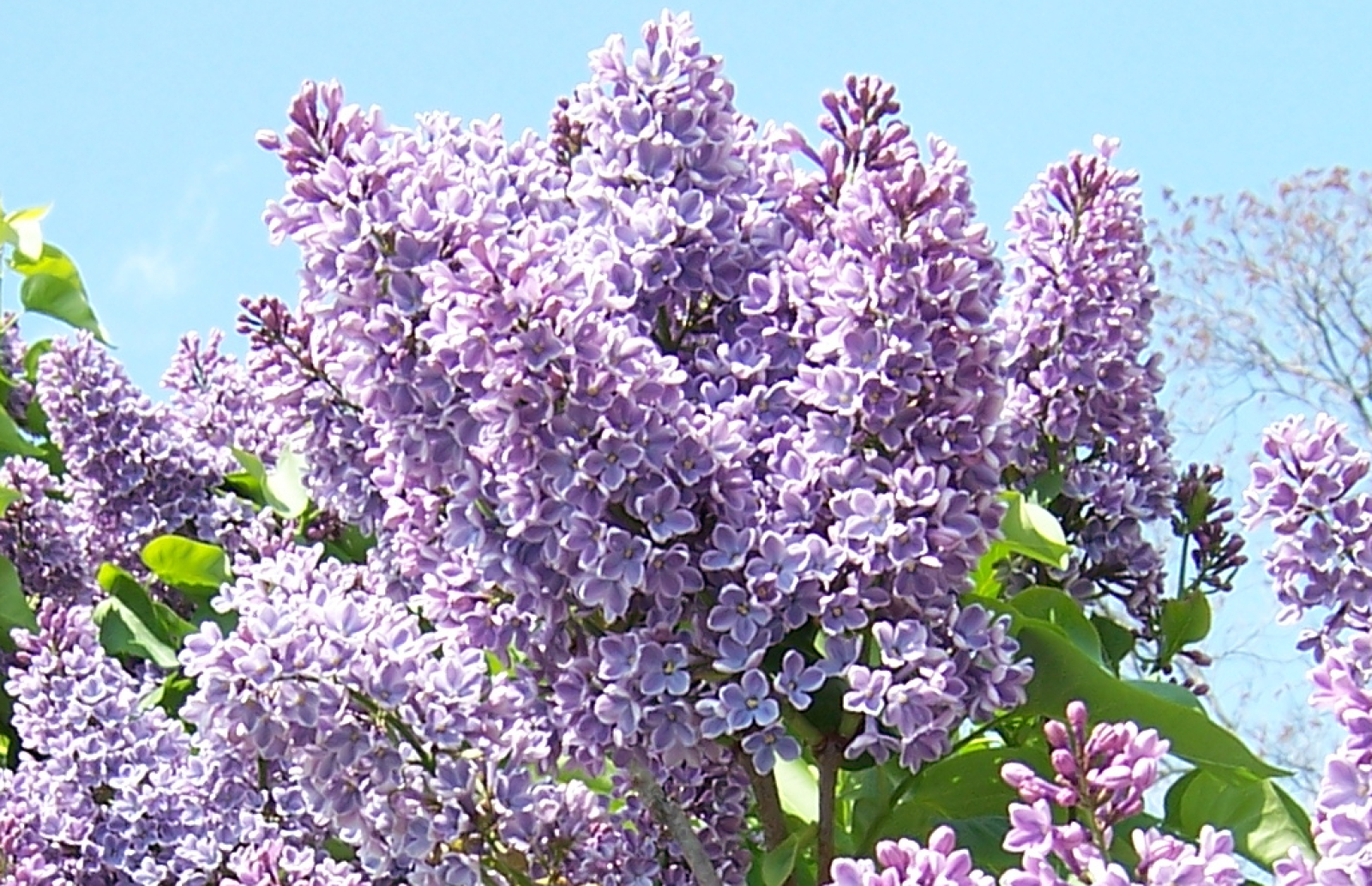 The Kengai Xedil grows as a vine. It has green thorns that poison ogres. The plant has many small lilac-colored flowers and green leaves that fall during the winter. The flowers are bisexual. Its leaves are bigger so as to absorb more sunlight. The plant produces fruit which is in the shape of a strawberry that has ridges, and each of them has 1 small seed. The seeds can stick to animal fur using small hooks on the seed's surface. The fruits are grouped in clusters and are purple with light blue swirls. It also has long roots that can go as far as 16 ft into the ground.

The gestation period of the plant is 4 years. Kengai Xedil is pollinated by both honey bees and the wind. It spreads its seeds by explosion and animals. The method of spreading the seeds by explosion is also used as defense. If the plant detects an animal that eats it, it can shoot out the seeds at the animal. The fruit has motor cells so the back half of the fruit compresses around the seed, shooting it out of the fruit. The fruit then is dropped to save energy. The seeds stick to the animal fur and will eventually fall off the animal's fur or stay with the animal until it dies, likely far away from the original plant.

Optimal Environment: Cold Climate It grows close to the ground. It drops its leaves during the winter to keep warm.

It is a nitrogen fixing plant, so releases nitrogen for other plants to use when it dies. It uses roots to gather water and nutrients, and uses leaves for photosynthesis.

Currently there is no known way of domesticating the Kengai Xedil. People currently either go to Mt. Altus or Herbidus Plateau to collect the plants.

Chewing the plant's leaves in your mouth can cure some rare diseases, such as Castleman's disease and Lymph Node Neoplasm. When the plant's fruit is boiled, the steam caused by the boiling has chemicals from the fruit. The boiling of the fruit brings all of the chemicals into the steam. Then when the steam condenses, running an electric current through the water will separate the chemicals from the water. An indigo paste is left over. When put on the any wound it will heal the wound and remove any infection or inflammation on or around the wound.   Only in snowy areas is the plant used as decoration. Otherwise, the plant will spread quickly. The Kengai Xedil is farmed in cold climates due to its ability to heal wounds quickly without any side effects and its many nutrients.   Some people use Kengai Xedil for tea. 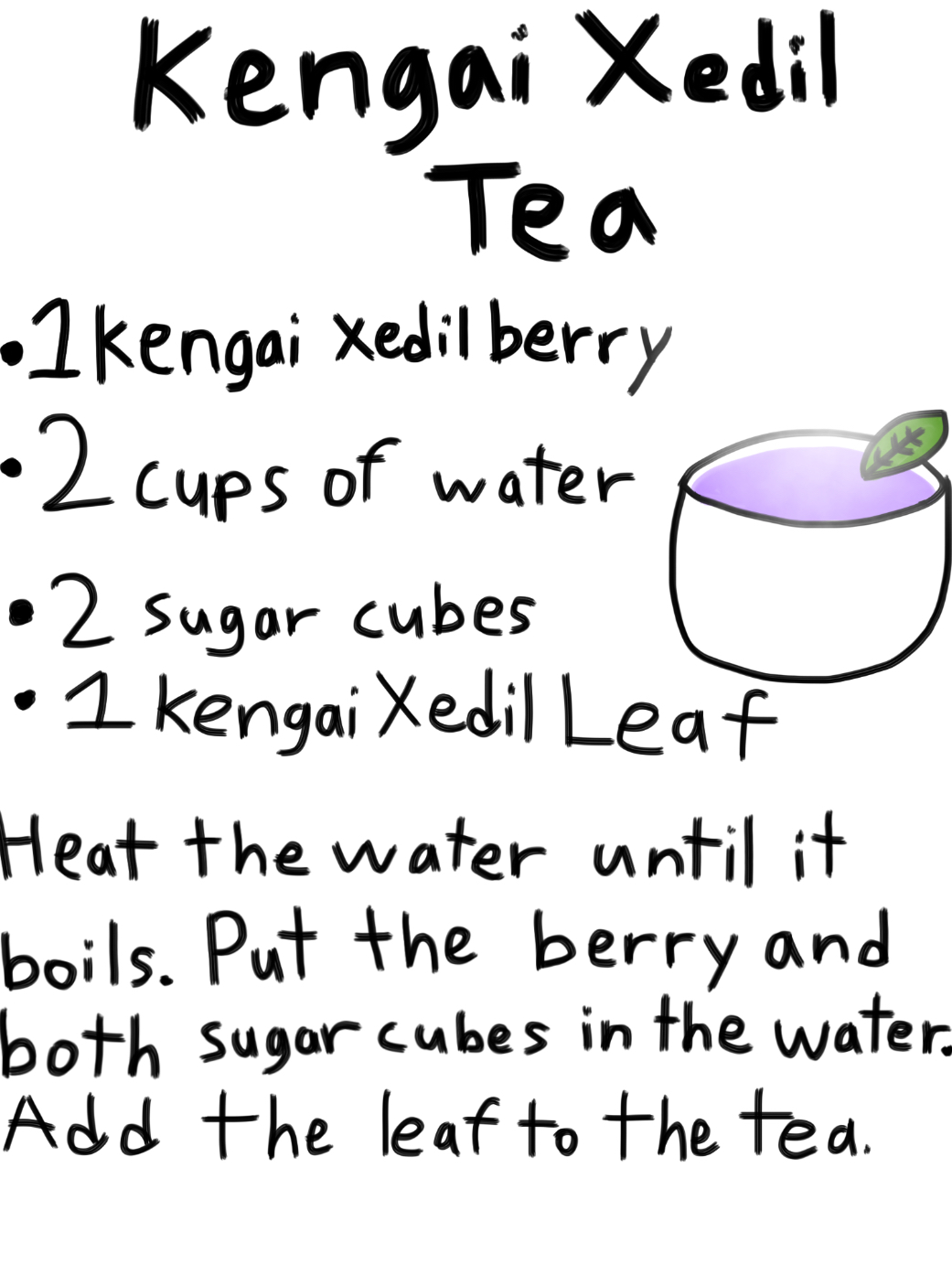 The Kengai Xedil's roots can detect movement and pressure. An example of this is if a roots detect an animal, the plant can tell by the pressure added, what animal might be moving around the plant. The roots can send electrical signals to the fruit of the Kengai Xedil plant.

It was first discovered by humans when a rock climber named Cemin Reid found it while climbing Mt. Altus.   The Kengai Xedil is also an invasive species in the Herbidus Plateau. The humans sought to grow it closer to their cities. A skilled horticulturist named Vulta was sent by King Basilicus to grow this plant. However, a fruit rolled out of the door of the frost clausum, which is an enclosure that keeps plants cold. The fruit got eaten by an elk. Its seed ended up in the Herbidus Plateau and grew all over the ground. This prevented other plants there from growing. However, mages are currently experimenting on how to use vortex gauntlets to safely grow the Kengai Xedil in the Highlands.   Humans are currently experimenting on how to make the Kengai Xedil fruit taste better. The fruit is currently still bitter and sour.

"The Merchant's Curse" is a folktale about a merchant named Xedil. He lives a normal life selling herbs. But one day, his friend brings him to a big trade route among the mountain and Xedil starts to make a lot of money. He becomes greedy and starts charging even more money for the medicine he makes out of his herbs. Nobody else knows how to get the same medicine that he has and many people die because they cannot afford the medicine. The Gods recieve prayers about needing the medicine that can heal many(if not all) diseases. One of the Gods named Floris has a pet Bork that is sick and wants to test if the medicine actually works. Floris disguises himself as an old man and asks how much it would cost to get the medicine. When the merchant states his exorbitant price, Floris becomes enraged and steals some of Xedil's medicine. Floris then tells the other Gods of what the merchant did and how his prices are unaffordable to many. The Gods decide to turn the merchant into a herb, forever giving his medicine away for free. It is said that the colorfulness of the plant was to make it more noticeable in the snow and the fruit's bitter and sour taste was due to the merchant's greedy personality.   Some people believe there is a rare variant of the plant that can cure all diseases. This belief likely stems from the folktale "The Merchant's Curse."
Scientific Name
bacca luculentus alunt.
Lifespan
20 years
Conservation Status
Least Concern
Average Weight
The average weight of the fruit of the plant is 6 grams.
Average Length
5 feet and 7 inches
Geographic Distribution
Discovered by
Cemin Reid
Chemicals in Kengai Xedil fruits Xefril, Kosliun
Drawing of the plant 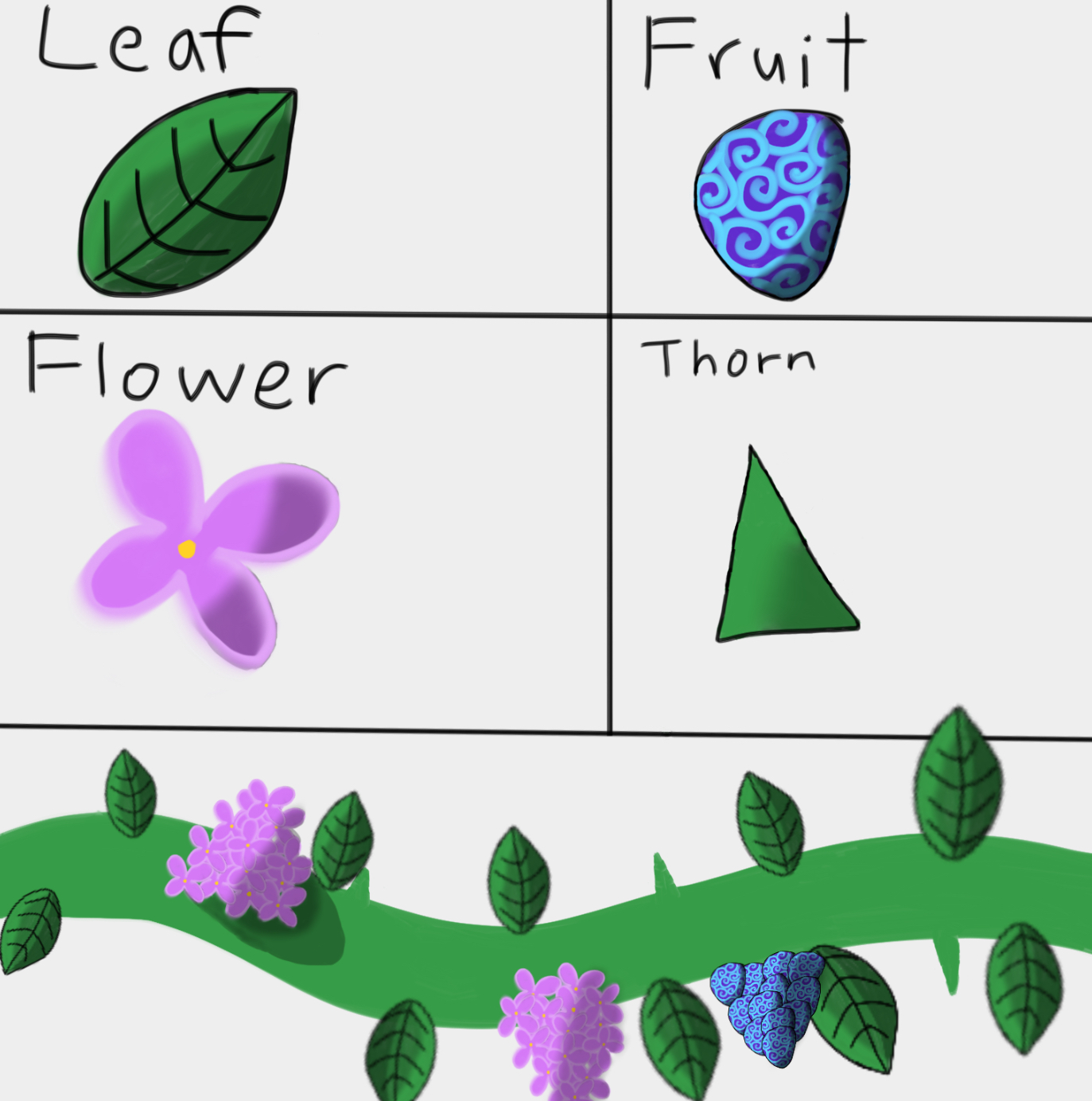 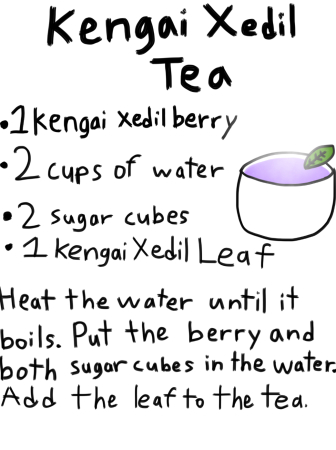 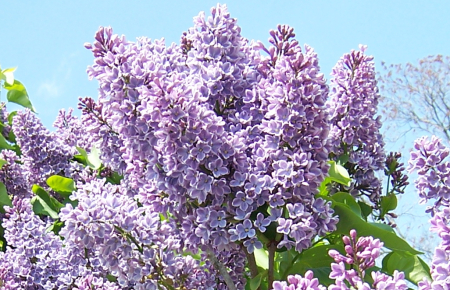 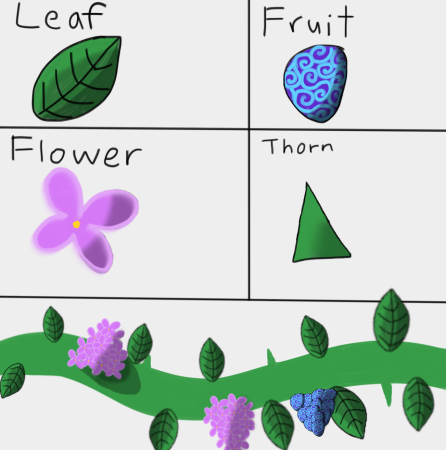 Interesting plant! I love the addition of folklore to the article, I think it gives a really nice depth to the plant and its place in your world! The art is also very neat, I'm a huge fan of the tea recipe :D

This is a cool plant! I like that it can throw seeds at people who bother it :D I also like your drawing and recipe!   I'm very curious about the explosion for the seed dispersal! How does this work? What's causing the explosion? Is it a real explosion or just a projection of seeds?   " Currently there is no known way of domesticating the Kengai Xedil." Does that mean that people just go into the wood to collect the leaves and fruit? Is there a special method to do that without getting attacked by seeds?   " Chewing the plant's leaves in you mouth can cure rare diseases." What kind of diseases are those? Something specific to your world?   " The roots can send electrical signals to the fruit of the Kengai Xedil plant." I presume this is so that the fruit can send the seeds towards the animal"?   Now that I'm thinking about it, do the plant maybe create another kind of seeds just for attacking? Because making a seed is rather costly for a plant. There are lots of nutrients in there to feed the new plant. So it would be rather disadvantageous for the plant to "waste" it. Unless it's fine if the seed falls close to the parent and grow close to it?   The method to make the paste with electricity is interesting!   Nice story at the end :D

Yes, the electrical signals are so that the fruit can send the seeds towards the animal. Thank you for the feedback!

This is a nice plant! The use as medicine and the way how it was created is well thought out. The art and the small recipe you provided were nice additions as well :)   The merchant's myth at the end was very nice and was a really nice thing to add to the article.   My only remark would be that the sentences in the basic information section start a bit too much with 'it' so perhaps this could be enhanced a little.   Nice read!

Okay that is a neat plant with both hazards and many uses. I would consider a brief intro-paragraph that quickly touches on the various aspects, but for the rest it's a neat varied article that's easily readable.

Thank you for the feedback!

Hi Galaxy!   Nice plant! It reminds me a little of my own creation actually. I enjoy the injection of science into the plant behaviour and medicinal purposes of your article. However, my favourite part is your nice, large tea instructions - it just feels authentic and I'm not even sure why. Regardless, great work!