A human kingdom in the eastern Katerian Empire.

Dumbrian history is an intensively complicated subject, simply because of the nature of their land. Dumbria is, and always has been ruled by clans. To this day their King is elected instead of inherited. There are hundreds of clans, all of them vying for power, all of them caught up in their own feuds and conflicts. Because of this political chaos Dumbria has had a tumultuous history with clans coming into and leaving power, new clans rising and old, powerful clans being wiped out entirely. However the most important parts of Dumbrian history were the parts in which they interacted with the world beyond their own borders.

Dumbria as a kingdom came about sometime around 320 CE, after the destruction of Shadowcrinch. The cataclysm caused no small amount of panic as to the safety of their own cities, and so, as a way to protect themselves, the Dumbrian clans elected their first High King. This caused some amount of conflict with neighboring Eberail due to what they saw as infringement of their territory. The conflict came to a head in 327 CE when the two nations met in battle near Dunn Firth. The result was a resounding Dumbrian victory, and a powerful entry onto the world stage.

Dumbria would again come into conflict with Eberail in 472 CE, when it was discovered that the young Lucius Penarth had been smuggled into their nation as a child. A Dumbrian noble by the name of Richard MacKeld had rescued the child from being murdered by his power-hungry uncle and since then had raised him as his own son. When the King of Eberail found out he immediately declared war upon Dumbria and marched his forces north. During the ensuing war nearly half of Dumbria fell under the might of Eberail's army. At this point Lucius, who had disappeared before the conflict even began, reappeared. He appeared at the court of the King of Winter in Caillaech. When he presented himself there he carried with him Rhialon, the Sword of Kings. At this the Caillaechan nobles voted to follow Lucius to battle. He brought the army down and beat back the Eberans back into their nation, eventually taking the capital itself. Lucius imprisoned his uncle, and then was crowned King of Eberail.

During the next year the Katerian Empire would invade Gowland, and Lucius would form a coalition of nations into the Kingdom of Alberon. His Dumbrian adopted father, Richard MacKeld, was the leader of the army of Alberon, and the first member of Lucius' Knights of Alberon, which would become the later Paladin Order. Over the course of the next five years Lucius and his army would beat back the Imperial forces. With they secured the freedom of the Alben nations for almost five centuries

For most of its time in Alberon Dumbria benefited greatly, having better trade agreements and support from its fellow nations, but eventually the infrastructure of the Kingdom began to rot. The King of Alberon moved the capital to Gowland and began passing laws that hurt Caillaech and Dumbria in particular. Slowly the conditions worsened until Dumbria decided to leave. When this happened a civil war broke out, and was brutally put down, ending with most of Dumbria occupied. At this point the true oppression began, with the leaders of Alberon exploiting Dumbria and eventually Caillaech harshly. Their nobles had their titles stripped, the symbols of their cultures were banned, and eventually their very population began to be replaced by Gowlish and Vearish settlers.

Conditions worsened to such an extent that a second civil war occured, led by a priest of the Oparium temple. Father Malcolm led the Dumbrian folk in revolt against their Alben oppressors. Many scholars identify this as what set off the War of the Necromancer. Dumbria and Caillaech both earned their independence from Alberon, but at the cost of submitting to the Katerian Empire. When Vizael Moldur began his necromantic conquests Dumbria's forces were once again led by the now Bishop Malcolm. They fought valiantly, and Malcolm eventually was martyred. This martyrdom was what lead to him becoming the Patron Saint of the Oppressed. Dumbria took heavy losses during these wars, and it would take many centuries for its population to recover.

Dumbria was one of the first stops for the missionaries of the Amatian Church, and as such it was almost entirely converted. This is due in part to the Amatian adoption of St. Malcolm, interestingly enough St. Malcolm is the only Saint to belong to both the Oparium Temple and the Amatian Church. During the Wars against the Silenced Dumbria was not hit as hard as other nations, and recovered relatively quickly.

Dumbria is comprised primarily of Humans, with significant minorities of Kohya Elves, Rasuchi, as well as some Dwarves.

Dumbria has no formal military, but in times of war the clans call upon their warriors to do battle. The preferred weapon of the Dumbrian warriors is the Claymore, a large two-handed sword. 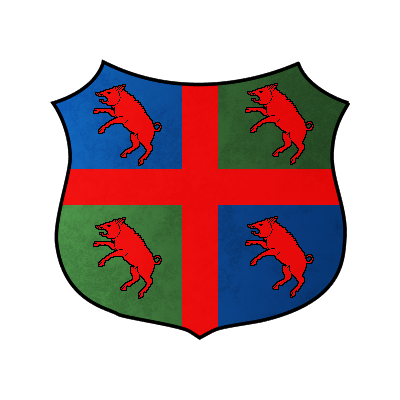