A human kingdom in the central Katerian Empire. Caillaech is known as the Winter Kingdom due to a curse placed upon it many years ago. The land is frozen over with snow and ice year-round.

The Age of Myth

The beginning of Caillaech's history is shrouded in myth and legend. After the great cataclysm before the beginning of recorded time the peoples of the world were scattered and distant, huddling together in a vain attempt to protect themselves from the world that had suddenly become so very dangerous. The peoples that would become the Caills sought protection against an ancient reawakened foe, one that the might Tel'Avar had thought vanquished. The Fomhóire, as these ancient Caills named them, awoke from their slumber in a rage, destroying many of the pitiful settlements that had been recently constructed. In an attempt to save his people a man named Cadeyrn undertook a journey far to the north in search of the Witch of the Winter, the Caillaech. While on this journey he was required to complete eight tasks before she would give him audience. When Cadeyrn completed these she allowed him into her citadel and taught him the ways of Fae Sorcerery as well as gifting him a number of magical items. The most important of which was the hammer supposedly used to shape the land. Cadeyrn returned to his people with this newly given power and used it to beat back the Fomhóire and their armies of Korrigan.   After many years of war Cadeyrn was crowned the first King of Winter, his crown was forged from metal taken from the weapons of a host of Fomhóire. His hammer, Achrann, entered into legend having felled many of their giant foe. It was after his coronation that Cadeyrn met with Vorthigern, the king of the Korrigan. The dwarf wished to enter into an alliance with him, having come to the realization that the Fomhoire, formerly their lords and masters, had gone mad during their long sleep. Cadeyrn agreed, and the two races joined forces to eradicate the Fomhoire. The war lasted for decades, and it was Cadeyrn's grandson Gwrtheyrn who, along with Vorthigern, broke the Fomhoire permanently.   In celebration they erected a grand Henge near modern Clondelara, and set to work on a the construction of a proper kingdom. Gwrtheyrn named their new Kingdom after the Caillaech in recognition of her great assistance and committed to ruling along side the Korrigan king. Many of Caillaech's most popular myths and heroes come from this time, such as Aonghus, a warrior of legendary strength who wielded a tree truck as his weapon, or Mochan the Clever, who tricked the King of the Faeries in a foot race.

Written records begin in Caillaech around the early 5th century as the Kingdom began to become more formalized. It was at this time split into five smaller kingdoms due to the inheritance laws requiring siblings to split their parent's properties (Including land) equally. The oldest of the five brothers, Cathair of Mulhainmohre, was a powerful warrior and a black spirit, he desired the lands of his brothers great. Cathair greatly hated his second-born brother Lorcán and so brought his lands into war with him. Lorcán had no chance of success against his older brother and so pleaded with his other siblings for their help. The two youngest brothers, Reigán and Kieran, answered his call and sent soldiers and supplies in secret.   However some treachery was afoot and Cathair discovered this. In retaliation he launched a surprised attack on Kieran's kingdom, burning and looting it before personally murdering the youngest brother. Kieran's men abandoned Lorcán's side, rushing back to their destroyed homes, as did Reigán's men who hoped to save their own lands. This was a mistake as Cathair set upon them on the road home in a devious ambush. They were slaughtered to a man, and Reigán's head was spiked on Ricnoc hill near Finavarra. Lorcán's army, demoralized by the death of their comrades and seeing defeat on the horizon fled his camp, leaving him to his brother's whim. When Cathair caught Lorcán he was tortured to death.   It was at this point that Darragh, the third brother, entered the fray. Enraged at the brutal deaths of his younger brothers Darragh summoned forth the hammer Achrann, a feat no King in five generations had accomplished. With hammer and Ice he went to war with Cathair. Seeing this feat of magick the King of the Korrigan, Galchobhar, declared that Darragh was the true King of Winter and that his warriors would aid him. Together with the Korrigan Darragh marched against Cathair. Their final battle took place on a section of the Mhorabainn river frozen by Darragh's ice magick. There the Black King fell by his brother's hand, and with a single stroke Caillaech was united into one kingdom once more.

At the end of the 5th century a young man traveled to the city of Carrowmanagh and demanded an audience with the king. Curious as to this stranger's audacity the King of Winter, Rórdán, granted the request. The man revealed himself to be Lucius Penarth, heir to the throne of Eberail, and carried with him the legendary sword of Kings, Rhiálon. He pled for Rórdán's assistance in reclaiming his kingdom from the hands of his uncle. Rórdán, impressed by Lucius, agreed to help him, but Fionnbharr, King of the Korrigan, had one condition. He must complete the same journey that Rórdán's ancestor Cadeyrn did in order to prove that he was worthy of being King. Lucius agreed, and began his trek north to find the Witch of Winter.   There are no records for what happened on this journey, but sources say that Lucius was a different man when he returned. More solemn, and with an air of authority that caused all to stop what they were doing when he entered a room. Upon his return Lucius called for Rórdán to fulfill his oath. The King of Winter did, in spectacular fashion. He called all of his men to arms and they set forth to Eberail. For many months they waged war, eventually meeting King Sloan of Eberail in battle near the city of Newgale. During the battle Lucius personally slew his uncle, thus reclaiming his birthright.   But the threat was not dealt with yet, due to the machinations of King Sloan the Katerian Empire was on the verge of invading all of the east. Lucius called a meeting of all Alberic kings at Caer Aldorlege, an ancient fortress on a hill overlooking lake Dwyfol. While there he urged them to band together into one kingdom. Using Rhiálon as his claim he proposed that he become their king. In a show of magick he slammed the sword into the lake, freezing it over, and relinquished his claim to it, unbinding the magick that held it to him. He proposed that whoever could draw the sword and unfreeze the lake could rule over him, but no other. Each King tried, but none were able to draw the blade, and so the Kingdom of Alberon came into being.

War with the Katerian Empire

As Lucius had predicted the war came, suddenly and violently, with legions from Grundholm and Triechel burning large parts of northern Vearland and western Gowland. Lucius responded, and all of Alberon reacted. In Caillaech several armies were formed and sent to aid Gowland. King Rórdán's host faced off with the 5th Legion near Glenderry, dealing them a solid defeat. The Legion's banner was displayed at the Castle of Caer Managh for several centuries thereafter. The war came to a head at the battle of Chimesforde in which the 1st and 4th Legions were destroyed by the combined hosts of King Lucius and King Duncan II of Dumbria. With this immense victory the war was quickly ended and Lucius fully came into his own as the King of all Alberon. He built a new court in Chimesford due to its central location and from there governed. He made frequent trips to Caillaech over the next two decades of his reign, having become good friends with King Rórdán and King Fionnbharr. When he passed Rhiálon disappeared.

The Blue Friday and the Frost Accord

In the mid 8th century a marriage between the King of Alberon and a Vearish noblewoman caused a shift in the power dynamic of the kingdom, the court became increasingly filled with Vearish and Gowlish nobles. Over the next century this imbalance would chafe at the peoples of Caillaech, Dumbria, and eventually even Eberail. As poor trade deals, one sided laws, and blatant favoritism became more and more commonplace dissent began to rise amongst the nobles of the shunned kingdoms. This reached a tipping point in 833CE.   The crown prince of Alberon, Edward III, visited the King of Winter in his summer palace in Killogeenaghan. While there the prince behaved extremely poorly towards both the King and his servants, allegedly nearly murdering a servant when she was cleaning his chambers. When the King brought him before the Court in order to chastise him, the Prince accused the King of being a coward and a cuckold, as well as saying that he was untouchable. The King responded by ordering his guards to execute the Prince. After a short battle in which the Prince's guards were all killed the King ordered his own men to release the Prince. By this point one of them had nearly strangled him to death, causing his face to turn a sickly blue color, leading to the entire event being dubbed "The Blue Friday." The Prince, having suffered a blow to the head during the scuffle, was never the same. He lost the ability to speak coherently as well as perform many basic tasks, such as feeding himself. The King of Winter sent him back to Chimesforde with an escort, but the entire incident woke the wrath of the King of Alberon.

The War of the Necromancer

During the The War of the Necromancer, one of Vizael Molder's generals, Marius the Cold, invaded Caillaech. The time's King of Winter, King Maedoc the Brave, brought forth a host to fight him. In a cruel irony, Marius used powerful magic to curse the land and freeze it, causing many of Maedoc's men to die before even reaching the battle. Despite the losses Maedoc continued with his force, and met Marius in the field. The army was almost entirely destroyed, but Maedoc, in a move that cost him his life, slew Marius. King Brennus, the King of the Korrigan, perished in this battle along with his son Prince Rhuad, ending the royal line. Brennus was the last king of the Korrigan. 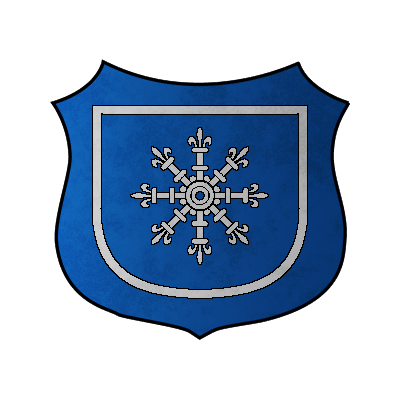