NSC A-001 Dendara was the first of the Dendara-class line of company airships, and, as of SCS 72, the only airship ever used in open combat.

The Dendara-Class line was commissioned in the early years of the Northern Superiority Company by chief editor Dendara in response to the growing threat of war with the Tonyth Empire.   Development was expedited with the succession of North Scabland and Weimar states from the country in SCS 21.  As the civil war brewed, early prototypes were underway by the mid 40's.  Secret testing flights launched from both the Elend shipyards and a secret facility in the Montepeak Mountains.   The ship completed its first successful bombing run in SCS 52, decimating the Weimar city of Wenslin.  This surprise attack left the once-prosperous port in ruins, a state that remains to this day.

In SCS 54, simple train guards become the saviors of all of Canton when they defeat an invading army of warriors from the astral realm.  In their efforts to save the world, they commandeer the Dendara and sail it across Khilland to gather support for the upcoming battle.  The speed of the vessel allows the party to unite all of Khilland in a temporary truce against the extradimensional horde.  During the Battle of Midway, the vessel is returned to company hands and proved detrimental against ground forces as the leader of the horde was defeated inside Midway Palace by the heroes.   The commandeering pilot, one Q'lark shortly after claims the crown of Khilland and remains on the throne to this day.  It is unknown what happens to the other party members.

Four years after the Battle of Midway, in SCS 56, the Dendara and its sister ships unwent major refits to improve combat effectiveness.  The most major change was to refit the NSC-A002 (Independance) and later ships with twelve ordinance tubes, thought the Dendara was unable to accommodate this herself.  Other changes included adding a fore-mounted ballista, four deck-mounted harpoon launchers, taking off much of the ship's hull armor, moving the spelljamming helm further from the aft of the ship, widening the cargo door, and adding standardized sixbolts for the officer crew, along with other small changes to the ship's standard operations. 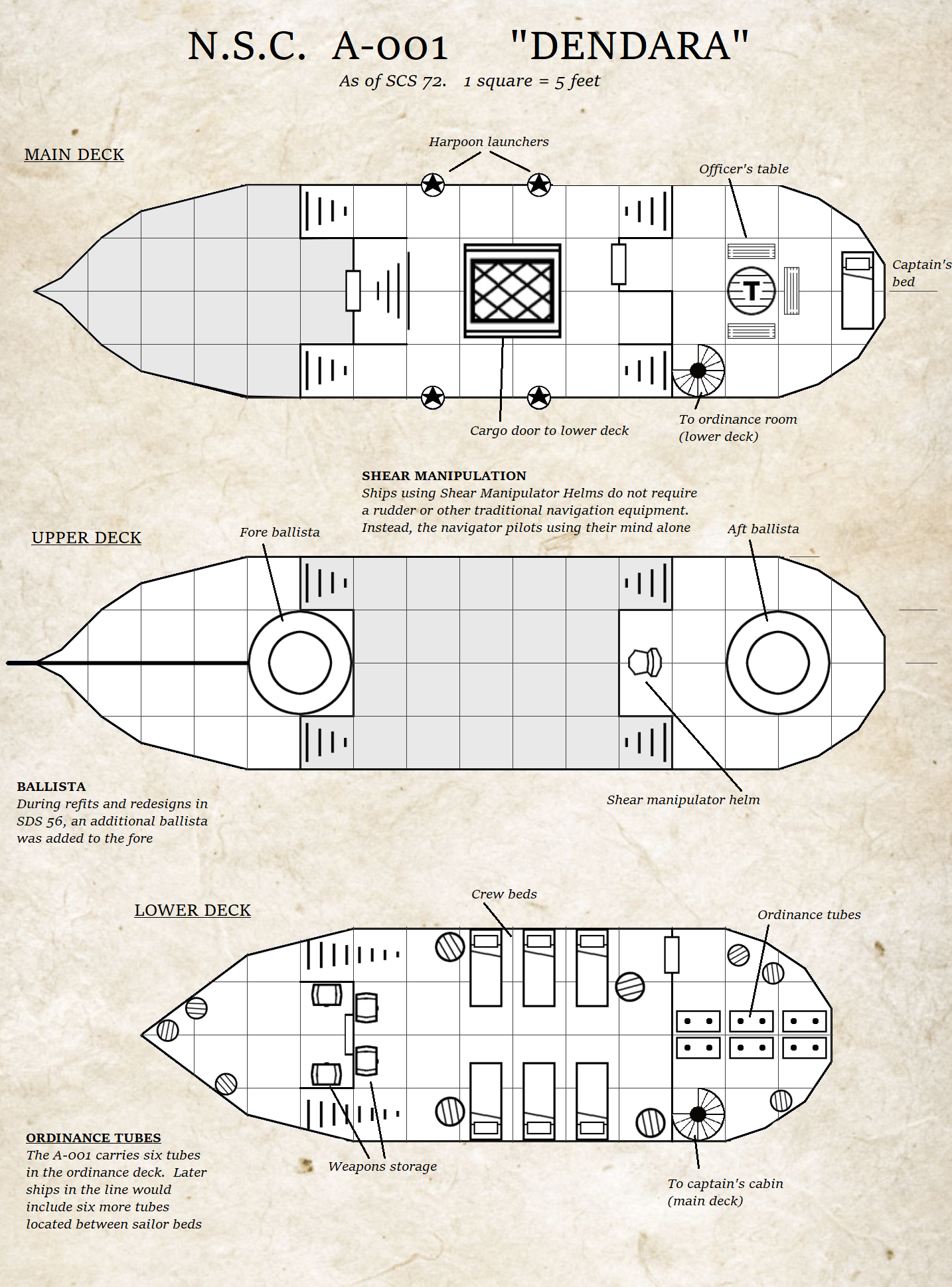 Every Dendara-Class airship holds a Shear Manipulator which provides power and propulsion for the vessel. This alien technology, also called a "jamming helm", was ripped from the crashed bodies of ancient spelljamming vessels that predate recorded history. It channels energy from localized shears in the Ebonrift, which is then manipulated through a focus around the ship's shear alignment bubble.  The strongest area of focus appears like a reflection on an invisible egg surrounding the ship.

Movement of the energy focus on the shear bubble forces the ship to "fall" in specific directions. This is achieved by a navigator using a Manipulator Helm to telepathically move the energy focus. Successful (and non-lethal) manipulation is incredibly difficult, and navigators are trained for years before joining a ship.   It is very possible that use of the Manipulator Helm is intuitive for magically-inclined individuals, as the ship was piloted by a novice crew during the Battle of Midway in SCS 52.  This result has yet to be replicated by NSC crews.

Before refits in SCS 56:   After Refits:

The nature of the shear-manipulator bubble allowed NSC engineers to create a far heavier ship than their seafaring Anquan-class Shoreskipper and Hemland-Class Skipper lines.  This translated to armor plating lining the bottom of the hull, allowing for greater defense against attacks from the ground.   This heavy armor was scrapped in later vessels of the line, as it was found that the shear alignment bubble did an effective enough job in deflecting or confusing ranged attackers.  The armor was toned down on the Dendara during its refits after the battle of Midway, but the ship remains the heaviest-armed vessel of the line.

Like all company vessels, the Dendara carried a suite of sending stones, each linked to a different company control station as well as a PCI receiver.  The Dendara also was the first company vessel to include a PCI transmitter, monumental for the new agreement between the Northern Superiority Company and Phasal Communications Inc. 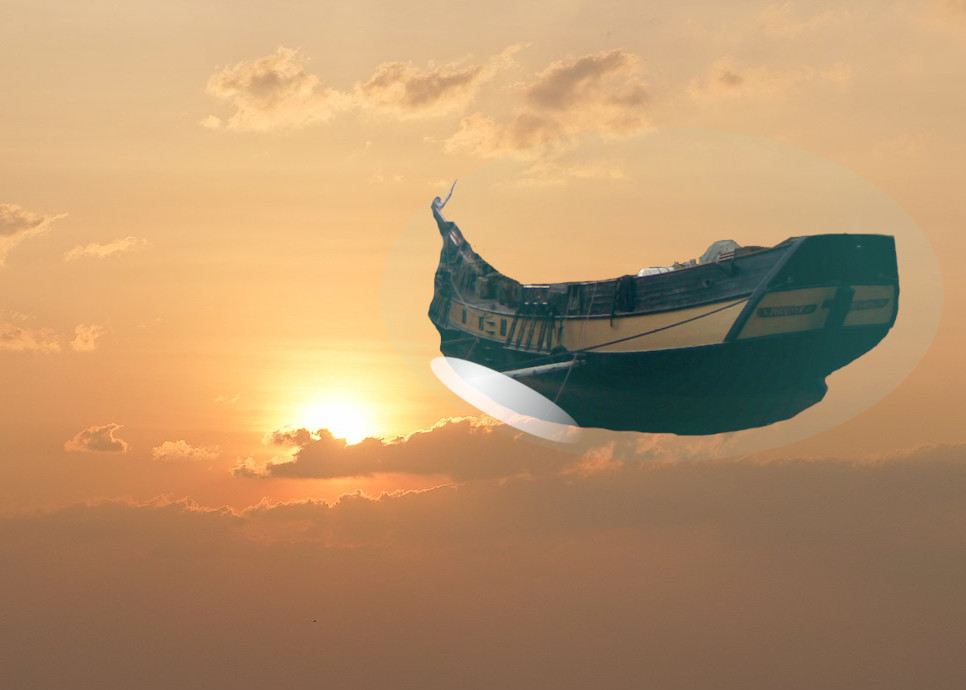 Armor Class 18   Hit Points 50   Move up to the speed of the ship's rift maniuplator, with one 90-degree turn.  If the helm is destroyed, the ship can't turn.

Armor Class 18 Hit Points 100 Special Attack:  Can only be made on a target directly below the ship.  All creatures within a 30ft radius take 16 (3d10) force damage

Armor Class 18   Hit Points 100   Special Attack: Can only be made on a target directly below the ship. All creatures within a 30ft radius take 5 (1d10) bludgeoning damage, and are stunned