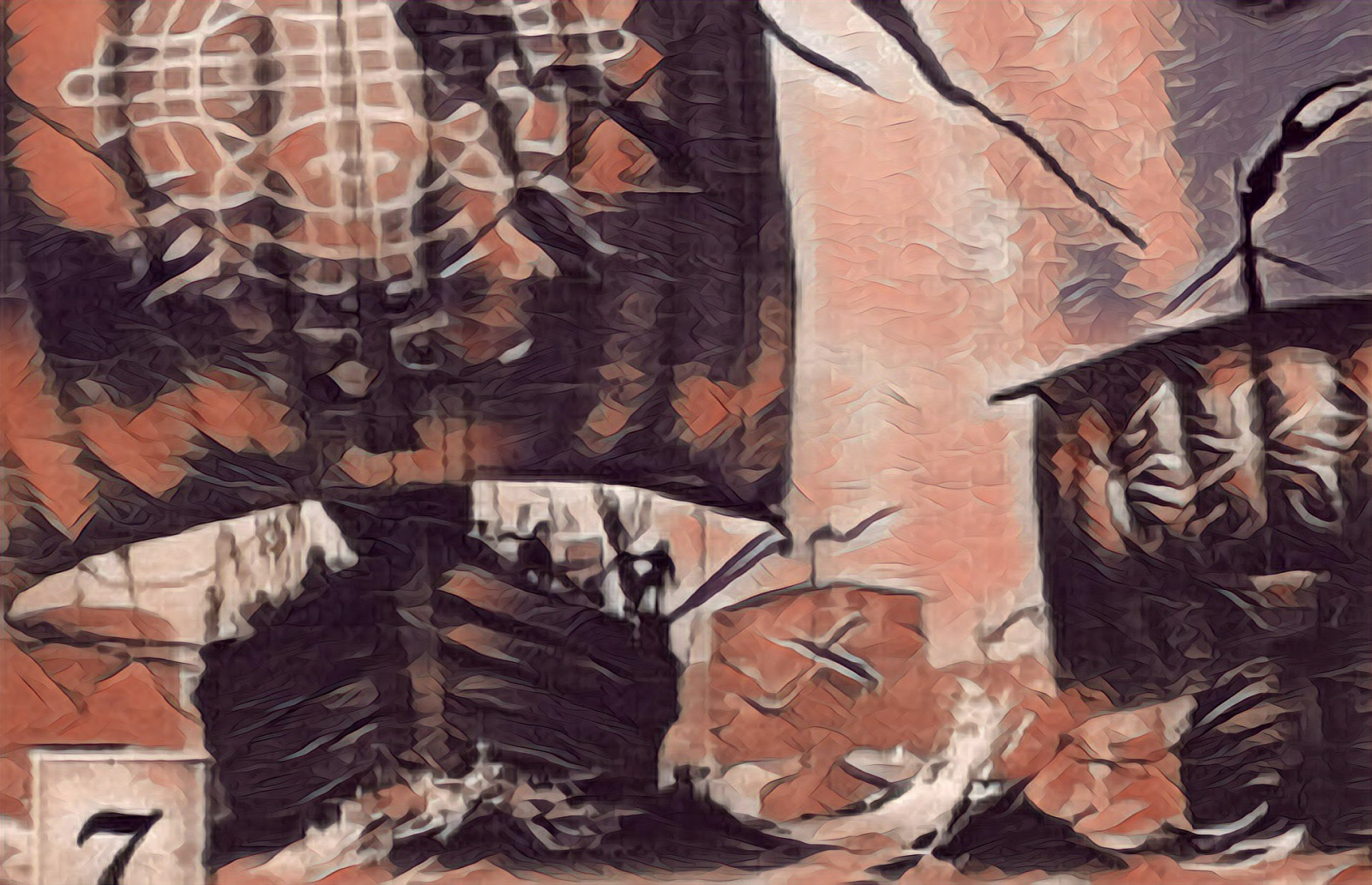 The Uspiains are a renegade band of Roman Auxiliaries that have taken to piracy in order to survive whilst being stricken on the westernmost shores of Albion. Warlike and ruthless they call no man their master and can more often thatn not be found quarrelling amongst themselves over how they might go about returning to their Germanic homeland. They pry the seas of the most remote shores in search of provisions for survival,  taking woman away or at times men that they can use to navigate the treacherous waters of the northern shores.

Tacitus Agricloa 28 - "The same summer a Usipian cohort, which had been levied in Germany and transported into Britain, ventured on a great and memorable exploit. Having killed a centurion and some soldiers, who, to impart military discipline, had been incorporated with their ranks and were employed at once to instruct and command them, they embarked on board three swift galleys with pilots pressed into their service. Under the direction of one of them—for two of the three they suspected and consequently put to death—they sailed past the coast in the strangest way before any rumour about them was in circulation. After a while, dispersing in search of water and provisions, they encountered many of the Britons, who sought to defend their property. Often victorious though now and then beaten, they were at last reduced to such an extremity of want as to be compelled to eat, at first, the feeblest of their number, and then victims selected by lot. Having sailed round Britain and lost their vessels from not knowing how to manage them, they were looked upon as pirates and were intercepted, first by the Suevi and then by the Frisii. Some who were sold as slaves in the way of trade, and were brought through the process of barter as far as our side of the Rhine, gained notoriety by the disclosure of this extraordinary adventure."


Some say that the Usipians find their origin on the borders with Scythia on account that they were among the first of the tribes to mount horses, presumably having got their steeds from their Scythian neighbours. The Uspiains themselves make no account of their origin, caring only for plunder and glory, only recalling the names of their parents and the tribes that they plundered. Like the nomadic Scythians they call no place home, instead choosing to live by plunder moving back and forth through the land raiding and stealing and striking fear into the hearts of their foes.   The Usipians became auxiliaries after willingly entering into service of the Roman legions in their homeland, being a tribe of horsemen constantly raiding and moving from place to place. They neglect to grow crops or raise cattle preferring instead to live off raiding the supplies of their neighbours, sacking their settlements killing the men and wintering in the homes of the vanquished. This mode of life put them on terrible terms with their neighbours, having made enemies of all around them their neighbours made common cause and allied themselves into a mighty combined force to drive the Usipians some distance to the banks of the Rhine. The Rhine formed a natural border between the lands of the Germanic tribes and the frontier of the Roman empire and their Gaulish subjects.

It wasn't long before many bands of Usipians crossed the great river Rhine in search of the promise of great riches in service of the Roman empire. The legions were In need of experienced cavalry squadrons for the nascent campaign in Northern Britain and the Usipians were eager to make war in exchange for gold and all the exotic vices unknown in their Germanic motherland. Indeed a great portion of Usipians left their brethren on the banks of the Rhine and embarked roman on vessels bound for Britain in service of Roman general Agricola. upon arrival they were mustered for service and placed under the command of a infamously cruel centurion named Saturnus Cossus. Cossus was a horrible man who had seen bloodshed in the Germanic campaigns, he had lost many men under his command to the Germanic tribes and harboured a festering hatred for those people.

Lasting only one year under the command of Cossus the Usipians were raised to mutiny by Warrin the braggart, Warrin had a distaste for authority and found himself under the whip of Cossus so often that his back was so scarred from lashing there was not skin to be seen, such were has wounds that he could not make rest on his back, instead being forced to sleep hunched over a stool. During the campaign against the Caledonian tribes of the western shores against Eire the auxiliaries were put onto vessels to make amphibian assaults on the tribes on the distant peninsulas jutting out into the sea on the western flank of Caledonia. The eve before one of these campaigns Warrin went to the tents of his comrades and made speech to them that they should put to death their commanders and lay hands on the vessels so that they should be free of the Roman oppression, for they were sorely pressed under Roman command and they had not found themselves any better off than they were raiding at home! His clansmen were in agreement and having exchanged oaths he bade them to make good on their oaths and act in concert the next day to make away with their vessels.

The following day Warrin was embarked on a transport vessel under the command of Cossus, the remaining Usipians were embarked on six other vessels mixed with a number of other auxiliaries of Britons and Gauls. A thick morning fog had formed on the ocean making visibility poor. Warrin and a band of picked mutineers slay their optio and guards by strangulation below deck hoping to made their way to the top deck to slaughter Cossus undetected. Their plan was foiled by the cries of the gaurds as they struggled with the mutineers below deck.  Mayhem ensued as the band fought to take control of the vessel, Cossus having been made aware of the plot no sooner had he caught sight of Warrin he threw himself at him grappling warrin to the ground, cossus being unarmed bit the nose off Warin leaving him disfigured. the mutineers stabbed at the back of Cossus but warrin cried out and bade them to stop only to ensure that he himself dealt the deathblow to Cosuss thus inflicting his sworn revenge on the cruel centurion. Some even said that this single act was Warrins sole reason for causing the mutiny in the first instance and not to return home as promised. Warrin decapitated Cossus and mounted his head on the flagpole of the vessel as a sign to the other transports that they had honoured their oaths and mutinied against the Romans. before arriving at their destination six other vessels raised the heads of their commanders on the standards, by this time the other vessels became aware of the situation unfolding with the commanders in fear that their crews would mutiny next. Even a vessel containing Britons unaware of the clandestine plan killed their commander and joined the mutinous forces. In the fog the mutinous vessels broke away from the main force, making signal to one and other through blowing their battle horns.

Having gotten their freedom the Usipians soon found themselves in dire straights as they had not made plans of what to do once they had gotten their hands on the vessels. Not knowing the waters they sailed or how to pilot the vessels in such turbulent waters they made landfall on a beachhead in the land of the Eponii. Here they held council on what they should do next. Having exacted his revenge on Cossus Warrins true intentions became clear, he had no intention to sail home, instead he counselled to raid these lands in the same way they raided their Germanic neighbours at home, but many of his clansmen rebuked this idea and wanted dearly to sail home right away, having no idea which way home was or having any provisions for the journey.

Using a captured Roman pilot to navigate The Usipians set themselves up as pirates, sailing along the coasts raiding small settlements for provisions along the way, sharing the women among the crew and brutally killing all those who resisted them, so fast was their movement that before news was carried on about their arrival they would fall upon the next settlement. In this way they caused much alarm among the coastal settlements of the west. after some time raiding along the coasts the group began to quarrel among themselves about what they aimed to achieve, separating the mutineers into two camps. those who wanted to sail west to the green lands of Eire, the other camp wanted to sail north around the furthest most tip of Britain to make good their passage back to their homeland.

Warrin and his followers made off with two vessels to raid in Eire, here they were promised women by the tribes of the region if they would take their leave of the place and instead settle the fertile lands of the North coasts. From here they also set a course for the Northern shores with the women of Eire.

when it happened that the nation of the Picts landed on the northern shore of Ireland. The Picts had put to sea from Scythia in a few ships of war, and were driven by the winds beyond the bounds of Britain. There, finding the nation of the Scots, they begged to be allowed to settle among them, but were denied.
The Picts then, arriving in this island by sea, desired to have a place granted them in which they might settle. The Scots answered that the island could not contain them both, but said, “We can give you good advice about what to do: we know there is another island, not far from ours, to the east, which we often see at a distance, when the days are clear. If you will go over there, you can obtain settlements; or, if any should oppose you, we will help you.”
The Picts then sailed over into Britain and began to inhabit the northern parts, for the Britons possessed the southern parts. The Picts had no wives and so asked the Scots for them; they would only give them on the condition that when any question of succession should arise, they should choose a king from the female royal line rather than from the male: this custom, as is well known, has been observed among the Picts to this day.

Bede The Ecclesiastical History of the English People; The Greater Chronicle; Bede's Letter to Egbert

Answering: "Α culture who lives by, near or within an ocean, desert or other expanse"
Visit Dr Know's Competition Page Check all other answers to this prompt Competition Homepage