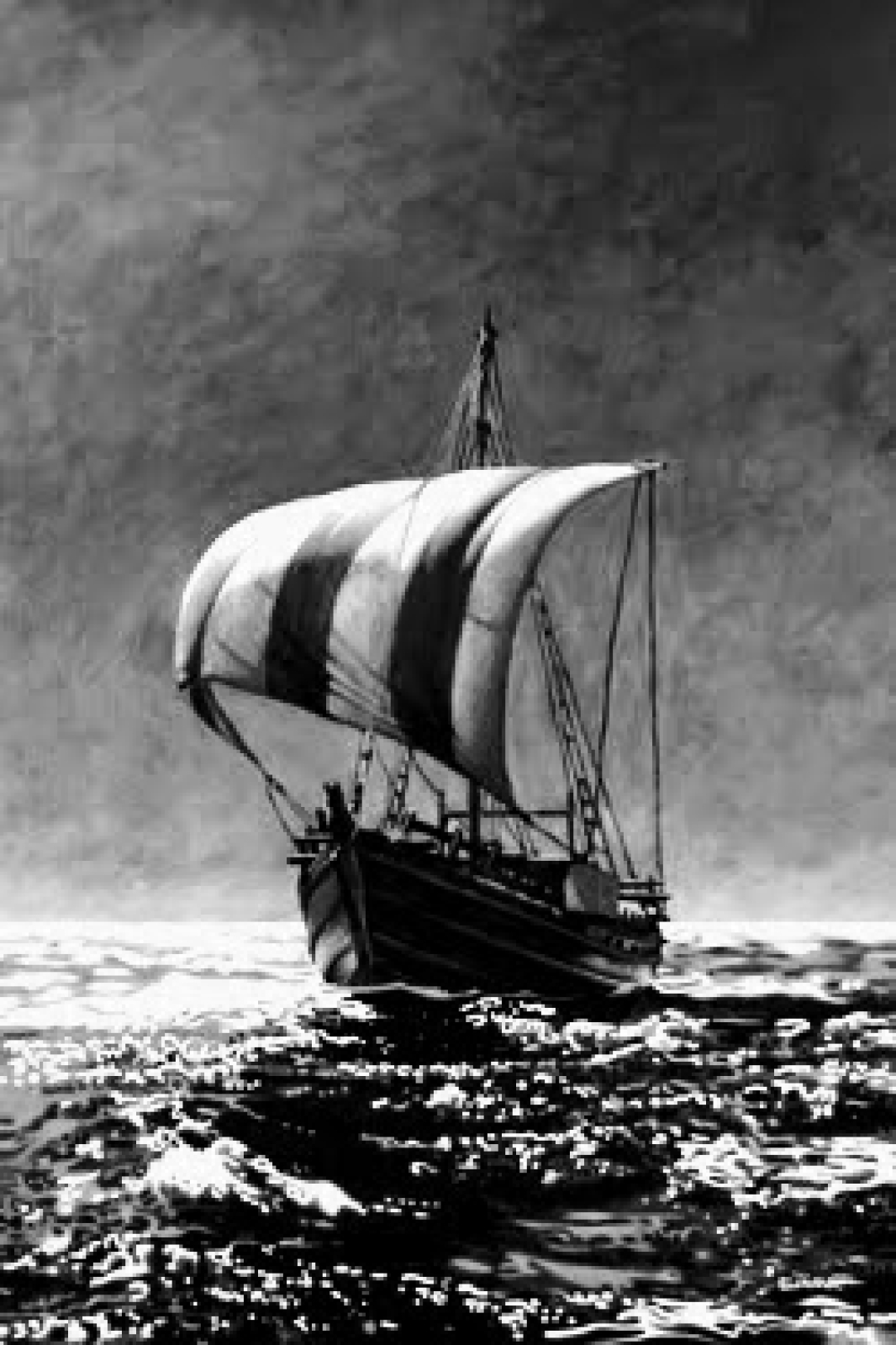 The Periplus Of The Northern Seas

Pytheas the navigator was the author of the Periplus of the northern seas, a document that describes his journey from the ports of the inland sea to the fringes of the known world. Pytheas was a Greek navigator hailing from the Phocaean Greek merchant port of Massalia on the situated on the southern shores of Gaul. He set out to find a sea trade route for the tin that arrived in his country via the overland route from Gaul. His masters though that they could make a tidy sum if they could locate the source of this market and load up the tin on their boats, cutting out the long journey over land. A Carthaginian Ships log came into his possession salvaged from a wreck that described the ports and landmarks on the way to the Cassiditarries (the tin islands). by means of an interpreter he translated the document and set about mustering a small fleet of vessels to make the pioneering journey,   Pytheas took advantage of a lull in Carthaginian control over the pillars of Hercules, as they were tied up in wars abroad they were unable to sustain their blockade of the narrow straights that allow access to the world ocean. Taking advantage of this opportunity he set off through the straights and made a course North. First he came to the lands of the Lusitanians where he found a port selling silver and iron. Keeping a course North with the land on his right he found the western seaboard of Gaul and the thallocracy of the Veniti, a celtic tribe who dwell on islands connected to the land only at low tide, from these strong positions they rule the ocean and the trade across the narrow sea to the island of Albion. The Veniti would not allow him to trade for tin, worried that these greeks would steal their control over the market for tin, they chased his fleet up the western seaboard of Albion to the lands of the Demetae where the druids hold their settlements, here the druids made account of these strange visitors, giving them a strangers welcome and hospitality. with this they also gave him a pilot to navigate him to the green island and bade him farewell. After two days at seas they made landfall at the green island where they met with the rulers there and bore them gifts from the druids of the Demetae. Here they were shown friendly hospitality before gain setting of around the inhospitable sea towards the northern shore. After many days at sea they made landfall at the Oracdes islands, here they stayed two days and with the help of a pilot they set off for Thule where they observed the floating ice sheets and observed the shortness of the days under the constellation of the great bear.    This was the furthest anyone from the inland sea had ever sailed, even further than the Carthaginian merchants. with this they made off on their jounrney south towards their home. After many months at sea they returned to Massalia. They told them of the things they had seen, huge sea monsters bigger than the ships they sailed, floating ice sheets and days of near darkness. with this the oligarchs laughed, saying that such things are not possible and they forbid giving him any more support to go back to these shores. Pytheas spent the remainder of his days in shame, the subject of much ridicule. It was only centuries after his death that he was proven right by later Roman navigators who, inspired by his account, strived to reach Thule and observed the things he had recorded, not wanting to be outdone by a man who's journey had taken place so long ago it had become a thing of myth.
Type
Guide, Generic

Answering: "A travel log or other document associated with discovery."
Visit Dr Know's Competition Page Check all other answers to this prompt Competition Homepage