Cairn Sector    Planet Collena    Flora      Helioberries
((Unless stated, all images displayed on this world are made by me, Chrispy_0))

Helioberries are a genus of plants native to the Umbral Jungle and grow on the ground level in wide open areas. They are notable for bearing berries that fill up with air, the specific mixture depends on the species. Some species inflate so much with gas, that the outer skin breaks, indicating the fruit is ripe, and releasing a sweet smelling aroma to attract creatures.

Helioberries were discovered in the year 448 Before Exodus by a team of scientists that descended into the Umbral Jungle for the first time, lead by the legendary explorer Greko Fal'ronni. The tasted rather sour, but also had several satisfying popping sounds when you chew on it because of the trapped gasses, which would then spread the sour juices throughout your mouth, making the experience even better. The entire berry is also edible.

Later, several enterprising companies were able to market the fruit because of its unique properties (creative marketing helped with that too.), and the fruit quickly became popular across the world. The problem was that for the longest time, no one could figure out how to cultivate helioberries above sea level, away from the unique volcanic soil of the Umbral Jungle. This caused the berries to become rather scarce, and the entire world's supply was held by a single company that had sole rights to harvest them.
This changed within a few decades when other growers figured it out. They crossbred them and cultivated them until there were several varieties, including sweet ones that weren't sour in any way. They are still difficult to grow outside the jungle, so are still a pricy item, but the taste and experience of eating them are so unique to the Regalti that they will pay a decent price for them.
(Note: Header is a fake image creating by a marketing company in the 440's B.E. They claimed that Heliopops could 'float' in their native habitat deep in the Umbral jungle located 3km below sea level, due to the thicker atmosphere. This was obviously a bunch of lies, but the public gravitated towards them, and it quickly became one of the most popular snacks across the world.)
Type
Perennial Flowering Plant
Plant Height
Up to 2m
Berry dimensions
2cm x 2cm x 3cm (About the size of a Strawberry)
Berry yield per plant
About 192 berries every two years. 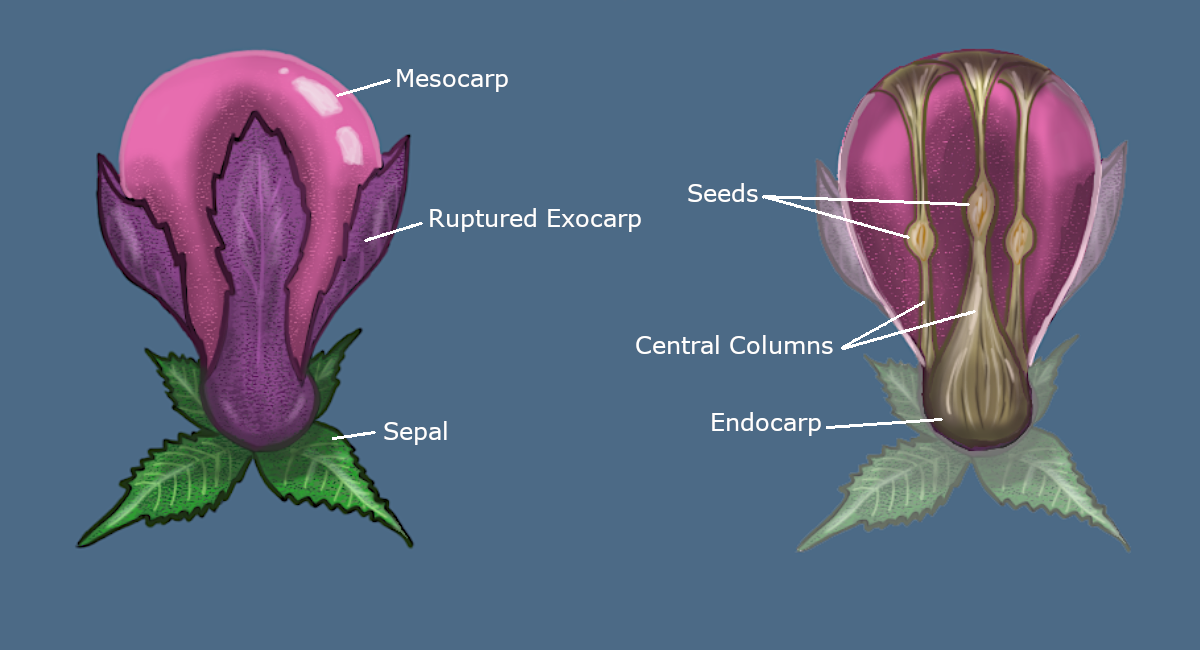 This was a lovely quick read. I laughed at the idea of the whole fake marketing thing. The artwork is a nice touch, especially the little diagram of the plant.

What a nice little article, the description of the sensorial experience of chewing one makes me want them to be real just to try it. I love the artwork too!

So fun! I love that you went through the trouble of making a diagram of its anatomy <3