Elya Sarai is a Fevarik Regalti from the nation of Vefaria. She was born in the nearly empty town of Emnil-Wreth, located along the coast. Growing up, she explored the old ruins of the town with her friends, and she always dreamed of visiting exotic locations and learning about the past. She originally went to college to be an Archaeologist. Despite not being interested in space, she ended up being trained as a Medical Officer to work aboard the Spaceship Vansail, on a mission to a mudball planet known as Earth...

Elya can best be described as outgoing but also quiet, usually not giving her opinion, unless it is something she cares about, then she can be quick to anger or please, and she can talk about it for hours, annoying those who thought they knew something to no end. She can generally be a reasonable and warm person. She's a great friend to have around, as she'll listen to your issues and try to help you out if she can, and she tries her best to not offend anyone. Just, don't show an interest in video games, especially role playing ones, as she'll likely try to rope you into playing whatever the latest and greatest game is with her, and she occasionally annoy you after that, no matter how often you say no.

Elya was born in the year 369, After Exodus, in the town of Enmi-Wreth. The town was mostly abandoned and most buildings were in ruins because most Regalti had went to space during the Great Exodus centuries earlier. Her parents kept living there as, very much like their daughter, they had an attachment to the world they were born on and saw no value in living in space.


Elya started schooling when she was eight. Her hometown had started to try out Dilation Reality Set, an old technology that the Stellar Regalti in Space have used for decades. It was a headset that would interface your mind into a virtual world. Time went much faster there than in the real world. She could put the headset on when she went to sleep, and wake up the next day having went through a month of schooling. She only needed to use it once a week and would go through all of her primary school in about two years and secondary school in another two years, something that would traditionally take 10 or longer total years to complete.

Having so much free time otherwise, she spent most of her time playing with her friends and exploring the ruins of the town. When she was about eleven (or 15 Eyears), she grew very interested in history and archaeology. She joined the Collena Preservation Society, a space-based organization that hired natives of Collena to take pictures and describe the old world down below, and they would then add it to their database in the hopes of saving the information for future generations.


Just before Elya turned 12, she got a license to operate Tricopters, and with her savings, bought a Skybug of her very own, allowing her to expand her operation to the entire continent instead of just the ruins of the nearby towns. 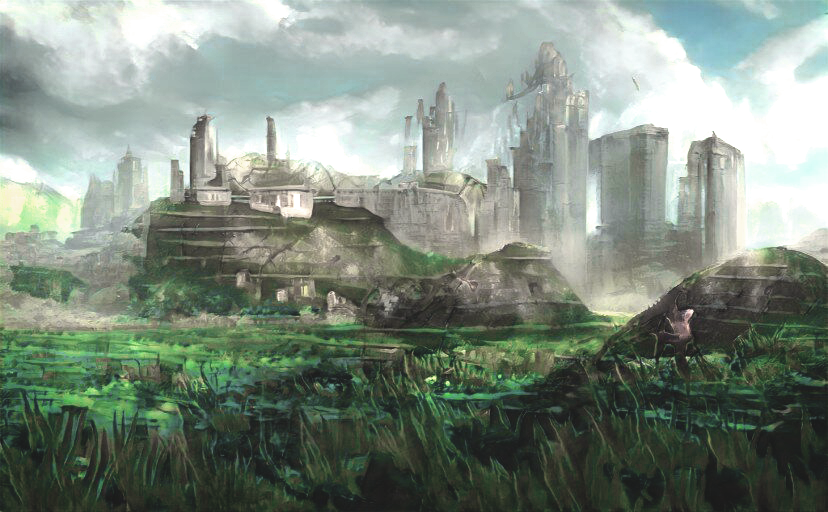 Ruins by Chrispy_0
This is the very first picture elya took and uploaded for the Collena Preservation society. The background is of a large factory that used to produce phones. The foreground building depicts the ruins of an old Tavern and INN, It was called the Nilra Vendro (English: Blend the Rules). It was quite the place a century or two ago.

When Elya was 12 (16 Eyears), she went to College for archaeology. She attended the space-based Delvianthro institute, an entirely online school, that can be attended by using the Dilation Reality Set. She would be able to get the equivelant of a master's degree in two years


She also really got into gaming around this time. It was a way to cope with the fact that living on Collena was killing her parents. They both were diagnosed with Surface sickness, or Magnesiosarcoma, just a few months apart...


Elya put thousands of virtual hours into a number of online games. Her favorite one, called "Skirmish for Terra!!" was an MMO about exploring a planet of a long extict alien being and fighting other factions for control of the planet. She picked the Explorer profession, and her subclass was archaeology for reason that are pretty obvious to her. It was very profitable raiding tombs and bringing artifacts to the surface for the other professions to take advantage of. She kept coming across a strange language though.


She found a few chatrooms talking about the language. Apparently the word was that learning it will allow you to unlock the secrets of several dungeons buried deep in the ground. Elya had free time, so why not? In what was about three weeks in the real world, she spend almost two years in the DRS cracking this language, that was called English.


She joined a raiding party and went into one of the deeper dungeons. After fighting through several high level bosses, they got to the puzzle room, which required her to speak the dead language fluently. After spending two years straight learning it, she spoke it perfectly, and the treasure room opened up. When elya took the DRS off for the first time in what had to be four months, she was sitting face to face with a Vusinor, an alien race that lives in the same galactic sector.


The Vusinor said that Elya spoke English in a way that no one else who played the game could, and the Vusinor wanted to hire her for a mission to Earth. After coming to grips with the fact that the game she spent several years of her virtual life playing was a recruitment tool...She initially refused. Elya had no interest in space, until the Vusinor said that they were going to cure her parent's Magnesiosarcoma and they would obviously pay her for her work.


When Elya was 14 (19 Eyears), the day after getting her archaeology degree, she rode the space elevator and began her training in space for this mission to Earth. She was retrained in biology and medicine, alot of it was specific to humans. A year later, she was stationed aboard the Spaceship Vansail as a medical officer. There she stayed for another year until the captain of the ship, Uul, got approval from the Cairn Senate to begin the mission. 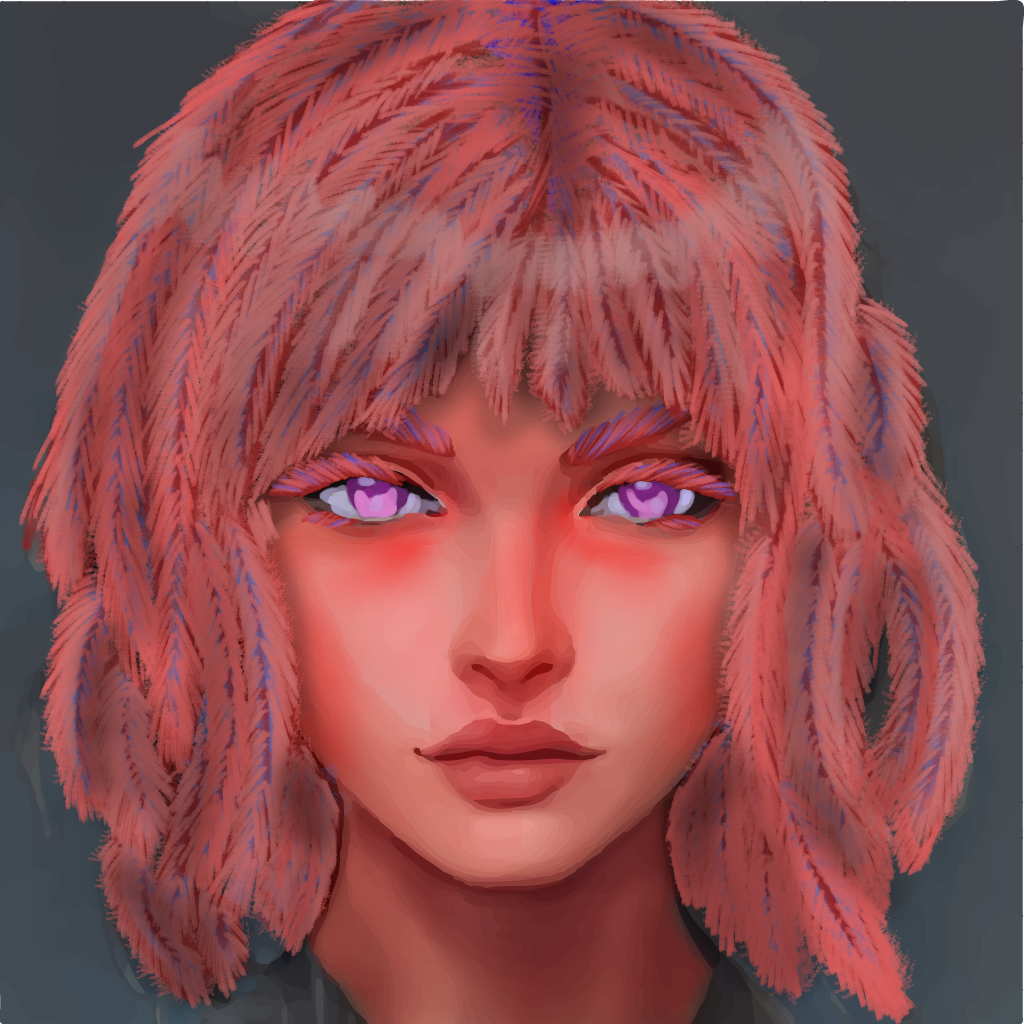 Elya has a pet that she owned for years, that she even took with her into space, an Arcturanasan named Yunna. They can best be described as fluffy, squishy, octopuses that can 'feed' on negative emotions. Normally, Elya feeds it a crunchy, porous substance that is the Collena equivalent of cat food on Earth. It is super intelligent, is able to recognize its face in a mirror and the faces and names of others. It noticeably gets very affectionate or angry to match the emotional state of the its owner, which is why it is sometimes believed that they feed on emotions
People
Cover image: by NASA/JPL-Caltech/S. Stolovy (Spitzer Science Center/Caltech)
Character Portrait image: Elya Sarai by Chrispy_0