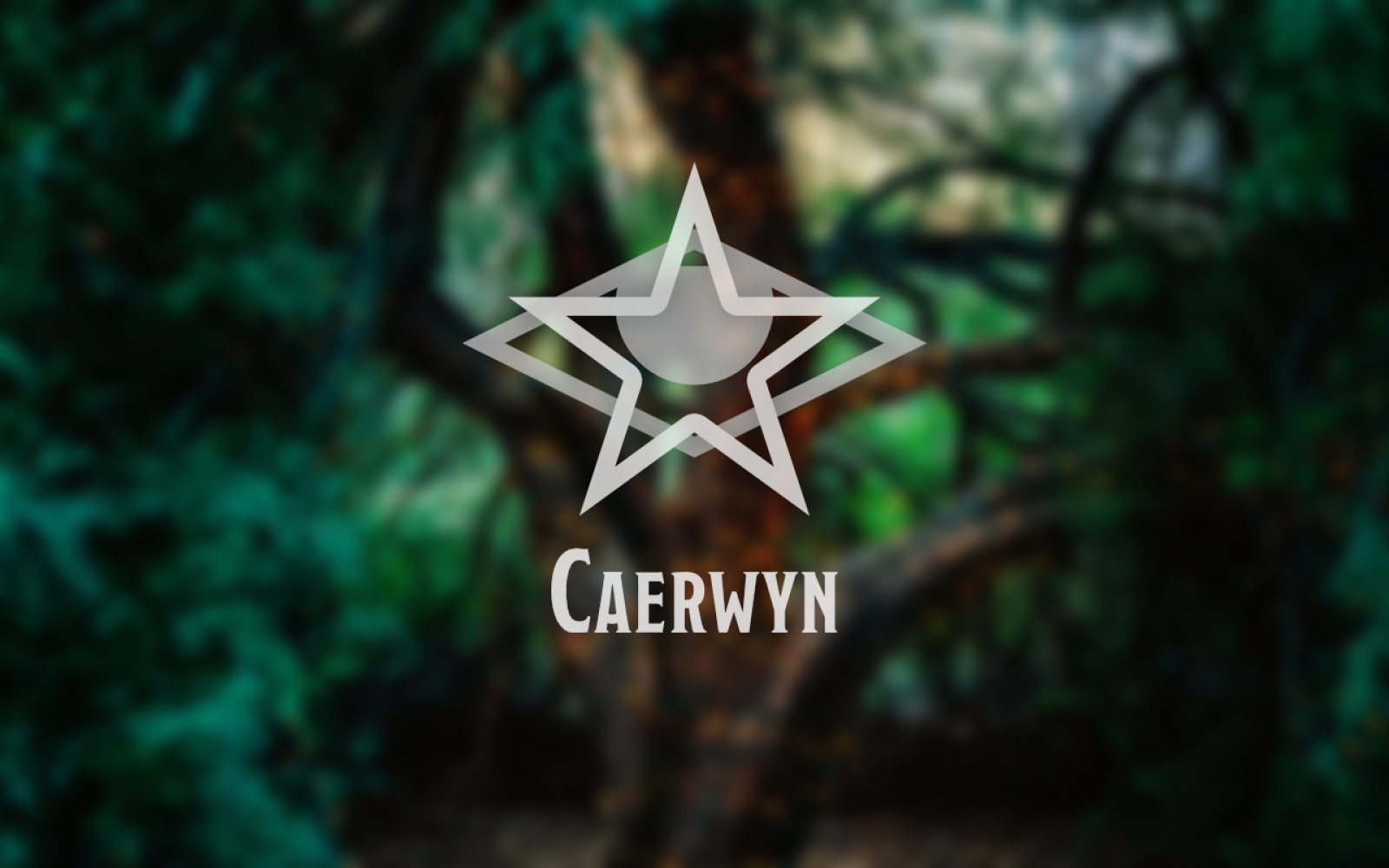 The Raven King of Men, Before shall rise to claim the throne once more

Legends tell of Old Caerwyn, where The Ancients built wonders, tamed the land, and created great beasts. Stories of glistening cities, strange magicks, nigh-unbelievable weapons still abound, millenia after the Great Calamity began the remaking of the world.   The Great Calamity... A war? A plague? Perhaps something more mysterious? Whatever it was, we know this: The One Chained in the Dark was freed from the space between planes and all of the Ancient's disappeared, save for five brave and powerful beings who ascended to godhood to lock away the dark creature they had freed.   The calamity ended with The Five, the godly beings that created the built our world from the ashes of the old, creating the new Races and blessing us with the Magic that permeates our world.   Thousands of years have passed and the world of Caerwyn has been remade, though not at all to it's former glory. Great pockets of civilization dot a landscape of monsters and beasts. Old empires fall, making way for new ones.   We are now nearly 200 years past the end of the Last Great War and the land has entered a golden age. The High King and his descendants rule from the city of Elcin's Fall and trade flows from the islands of Doveport and Claethorpes. Prosperity has befallen the world and magic, once wild and primal, has become a matter of study and practice. Magic items improve the living conditions of the common folk and the discovery of Arcanium has fueled a minor industrial revolution in many cities.   The Royal Armies are strong, but rumors of strange beasts from the north spread throughout the Empire. And now tales that an Ancient magic may be returning and places of Ancient power are begin discovered across Caerwyn. Hushed voices whisper in the dark of the Raven King.   The Middle Empire, and with it peace, hold - but for how long?

Caerwyn has 2 Acolytes of the Five

Tiefling Pirate turned Paladin. Totally cool with all the rule of law and stuff like that. Definitely doesn't have possible breaking of oath in his future. That would be ridiculous.

Ash is a fighter first and magic-user second. Having absconded from the military, he works as a sellsword in Middle Earth while searching for his missing sister.

Talita doesn't have much use for people. His mind is so entrench in his work that he hardly notices them. The few times he interacts with them they seem to be angry that one of his brilliant inventions ruined their garden or kept them up all night.