Vitalus - The Soul Forger, took the mantle of creation when it was stripped from Vor'Maxxus, The Banished Creator. Vowing to his kin to never create anything that would break the laws of nature and upset the balance. Eternally working upon his forge within the sun, creating the countless lives and peoples of the mortal world. The heat from his work warming the world during the long days of summer when his efforts are at their highest.

Vitalus was the first to take life under his care, but quickly realized it was such a vast and complicated endeavour that he quickly sought others to assist him, dividing up aspects of life and the flow of the natural order to five other gods and goddesses, teaching Aspen, The Creeping Frost, Aurora, The Breath of Life, Theros, The Torrid Flame, Azure, The Feasting Spirit about the natural order and its importance, then splitting the duties of life itself with Kritanta - The Call of Death giving them the power over death.

When Vor'Maxxus, The Banished Creator when mad with his mistake Vitalus was the one who urged his sister Stena, The Aegis of War to step forward, seeing within her the power needed to be what she became. When the war against the dead broke out, Vitalus spent his time trying to grasp the power of creation that had been stripped from Vor'Maxxus, The Banished Creator. As creation came apart at the seams, he was scrambling to see it stitched back together, and in doing so created the next wave of gods to aid in keeping the balance and aid in maintaining the tapestry of creation 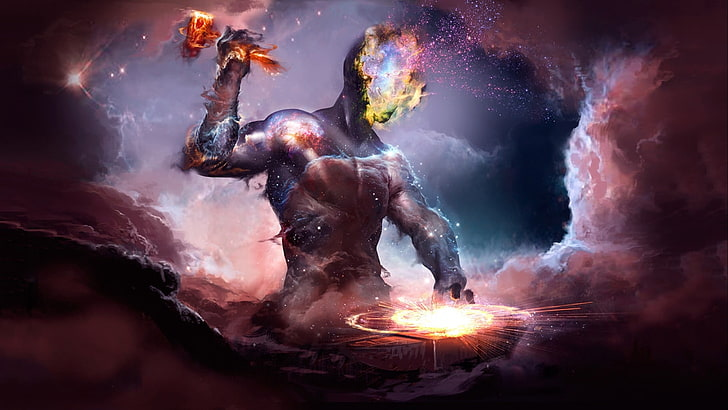