“Leona is friendly with everyone. She’s extremely popular and well-known amongst the supernatural circles, besides the witches outside of her coven.” - Rahim to Roe

Leona Comeau is an hereditary witch who, upon meeting, plays the role as witch advisor to Roland. Leona, depending on her feelings towards Roe, aids the group in figuring out where Amari Foster is. Leona is also a potential fling for any Roe.

Leona is outspoken, confident, and proud of where she's at. Though she's not opposed to gossip, she believes that asking questions is the quickest way to get someone killed, and though she is open about herself, does not appreciate it when others invade her personal space. She is highly flirtatious and used to, and seems to prefer, the act of one night stands.

Very little is known about Leona besides her job as a witch advisor to Roland, the King of Chicago, and that she is a hereditary witch who is confident in her abilities and station. Though she says very little on how she knows them, Leona is familiar with both Rahim Theron and Sydero Theron, though being more of a fan of Sydero. 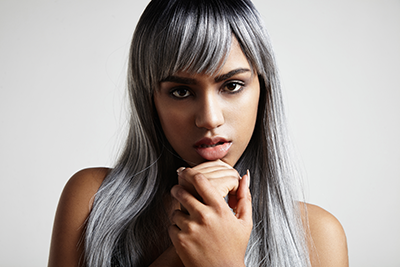