“Shit, this is all for real isn’t it? And I thought my life was fucked up before.” - Chris to Roe

Chris Richardson is a male human and starts off as Roe's best friend. He has the potential to be one of the main characters in the story, as well as a potential romance option. There is also the possibility to either leave him to his own devices, which he will then never be heard from again. Or, he can die due to Raum slitting his throat.   He first appears in episode one, season one No Good Deed. If he is killed or left behind, then his last appearance is in the next episode, Abandoned.

Chris is a caring, intelligent, and laidback guy who loves learning new things, even if that means never applying them to life. He enjoys listening to others talk about their passion and supporting those in his life. His initial trust in others is lacking, and he’d much rather keep strangers at a distance. He is determined, and when he puts his mind to it, he can accomplish anything, though it might take a bit more time than he originally planned. His laid-back nature easily hides some of his achievements, and though he doesn’t boast, he loves when others point it out. Though flirting comes easily to the man, he struggles to voice his thoughts more often than not. This typically leads to miscommunication, and things that should be said are left to be buried.   In season one, and some of two, Chris struggles to grasp onto a life he never thought existed. Between being in danger every second of the day, and having to say goodbye to his future, Chris becomes paranoid and more of a pessimist. He struggles to talk about his feelings and will typically decide to keep them to himself, though his ability to hide said feelings is atrocious. This also makes the discussion later harder, putting more burden on Chris’s shoulder as he struggles between being nice and actually talking about what is bothering him.

Chris is a Caucasian male described as having short wavy brown hair, deep blue eyes, and a beard that alternates between being a regular beard and sometimes stubble. He’s in shape with an athletically tone body despite his love for junk food and his smoking habits. He’s proud of his body, and it’s not strange to find him showing it off.

Being one of the only two humans in the group immediately puts Chris at a disadvantage. But he doesn’t wallow in this (well not the entire time anyway) and actually becomes a valuable member of the team over time. Thanks to his past training, and curiosity in the matter, Chris learns how to wield two guns at the same time, becoming the best shot in the group.   Chris’s other skills involve mixology, songwriting, as well as intermediate talent in playing the guitar.

Chris was born in a nice suburban neighborhood in Knoxville, Tennessee. His household was very traditional, and his parents both held conservative mindsets. Along with this, Chris went to a predominantly white middle school, though his high school saw a healthy mix of all races. It is during this time where his father attempted to sway Chris the most, continuously saying racist, sexist, and homophobic things about Chris’s classmates and teammates on the regular. His mother did little to hush his father, and though she was traditional, she did not seem to share the same views.   Chris describes his grandfather as being the one silver lining of being at home. Chris idolized his grandfather, who was a Vietnam war veteran, as well as secretly gay. Though Chris didn’t learn this until later while going through his grandfather’s things. Chris owes his love for classic rock to his grandfather, as well as his ability to use a gun and his perspective of the world. After his grandfather died, Chris went into a deep depression and did everything he could to get a scholarship to a school away from his parents.   Chris and Roe met during freshman year, the two being partnered up in their freshman orientation class. The two became close and during sophomore year, even were suitemates. During this time, the two grew closer as Chris tried to put distance between him and his parents. Chris was embarrassed of his father, though he allowed Roe to meet his mother.

When Roe finds themselves in trouble thanks to saving Sydero Theron, Chris becomes worried and attempts to get to the bottom of Roe’s disappearance. If Roe tells Chris to meet them, then Chris goes, otherwise cops, Petri and Langston interview Chris, before kidnapping him to use as bait against Roe. If Chris does go to meet Roe, Roe either tells him to leave or to get a motel. If Chris leaves, he is jumped on his way out of town by Petri and Langston and taken to the motel anyway. There is no route where Chris is not kidnapped and goes back home.   When Roe comes to meet with his kidnappers, the wrong decision can lead to either Chris having his throat sliced by Raum or have Roe and Sydero save him. If killed, Chris’s body is used to stage a murder, with Roe being the culprit. If he survives, then Roe makes the decision to either bring Chris along or to have him disappear. If Chris disappears, his whereabouts become unknown, as well as what he’s doing. If brought along, Chris is permanently added to the group and becomes a companion.   Throughout season one, Chris is more of a liability than actual help. In Charmed, he begins to doubt that the supernatural is real and constantly point out how Roe and Sydero are just crazy. He only believes them when faeries appear. Later, attempting to apologize to an annoyed Roe. Though he trains alongside Roe, and even shows promise with a gun, he is still antsy and not sure about his new life. Always feeling out of place and feeling like he’s getting in the way. In For the Crown, Chris gets upset as he realizes that Roe is falling into this life much more natural than he. He also shows frustration in himself at being chosen by BB, the Bladenboro Beast, and being unable to help himself or the others in changing him back. He believes himself too weak. This further comes out in Life Without Parole when Chris is separated from the others and realizes that demons are after him. He fears for his life, knowing that he can’t fight them. Though he does have this realization, this also gives him resolve and pushes him to learn as much as he can. 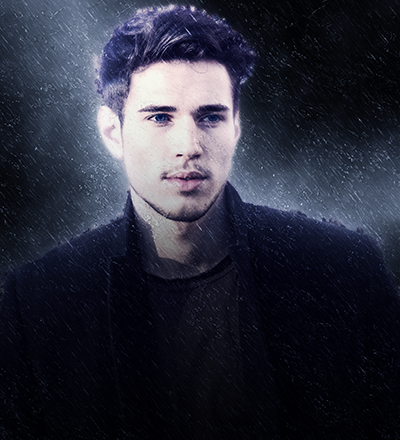 If Chris is either left behind or he dies, then his only appearances are in No Good Deed and Abandoned. The below appearances are strictly for a Chris who has joined the gang.