“BB seems to pop up, hunt, someone goes missing, and then it disappears again. What if the people it ends up changing, it ends up taking a mothering role over them? Teaching them to survive and what not?” - Bradley to the group

The Bladenboro Beast, also known as BB, is a cryptid creature that resembles a large feline. Because of its reclusive nature, most of the information concerning it is vague, and most hunters don't even know the creature exists. There is more rumor than fact regarding the beast.   The first sighting of the creature was back in 1953 in Bladen County of North Carolina. A woman spotting a large cat-like creature stalking into the woods after investigating the barking and whimpering of dogs. After this, more reports came in of dead dogs with blood drained and other sightings until hunting parties began to mobilize. One such hunting party later came across a large bobcat and claimed it to be the beast. After this, the town once again became quiet, and no one heard anything more about the creature.   Based on what is known of the creature, it is believed that the beast had finished feeding and hadn't died, but went into hibernation.   Few speculate that the Bladenboro Beast isn't a cryptid, but a were-creature, seeing that the 'curse' can be passed on just like the were curse. This hasn't been proven, and many ignore the theory, mostly because the cryptid has never transformed into a human.

The life cycle of the beast is still being looked into as some things don't make sense. It is currently unknown how long the creature can live, but what is known is how it creates more. Being able to sense when it's about to die, the beast will seek out a potential victim. Once it has found someone, all it takes is a scratch. After this, the person now infected begins to run fevers, grow lightheaded, have a loss in energy, their body will start to sweat profusely, and they will start to hear the beast 'calling' for them. They will also begin to have an insatiable appetite for animal hearts. During this time, the original beast will begin to nurture and teach their victim how to survive, much like a parent would to a child.   How one exactly turns into the beast and what happens to the original once it dies is still unknown.

The dietary needs of the Bladenboro Beast aren't precisely known thanks to its elusive nature, but a bit has been observed. The beast typically goes after animals, domestic or wild doesn't matter, and eats the hearts of its prey. After getting its fill, the creature will prepare itself for hibernation, and once it awakes, the cycle of killing starts over again.
EXTINCT 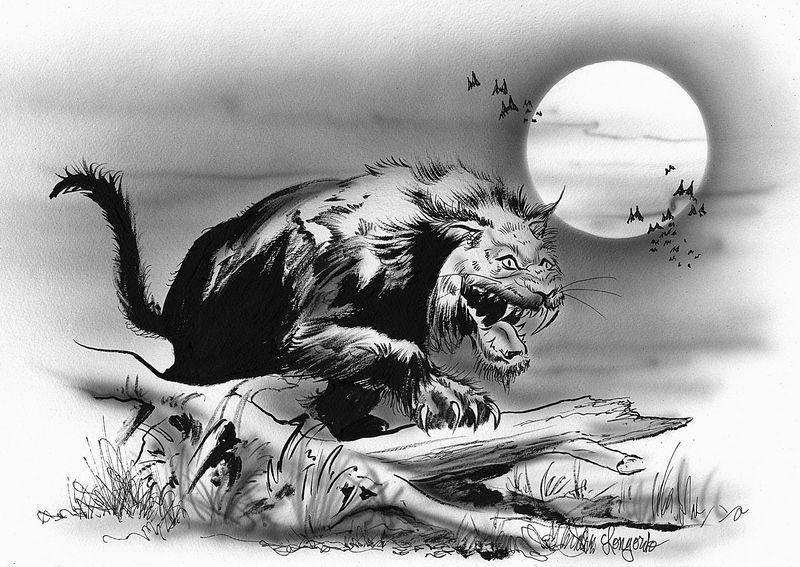