An catastrophic solar flare has disrupted the world's electrical grids and satellites hurtling humanity back into the mid 1800’s technologically. Lack of communication, food, and other essentials have resulted in the crippling and demise of nearly all society as we knew it...   At the threat of complete collapse, the remaining government officials of the United States and Canada have formed a joint emergency coalition in an effort to maintain peace and order throughout North America. In response to the rising tensions the newly formed North American Unified Command, the military arm of the North American League, has taken to encroaching ever closer to tyranny in an effort of maintaining stability due to civic retaliation for perceived failures of government to protect the citizenry.   With much of the technology that was relied on for modern living and warfare no longer functioning, the effort to re-establish a unified America has been filled with failures and delays which only further undermine the NAL’s legitimacy. Not all it's attempts have ended in failure however, they've maintained a dominant presence in the upper midwest USA, southern Canada, and the Pacific Seaboard. Elsewhere, local warlords and governments have emerged in the cracks to build their own domains.   The initial failures of the US government plunged the Northeast into chaos and collapse that turned the survivors into a violent and tribal people that led to the near total abandonment of the region due to food shortages and unrest, which is now ruled by the few surviving petty groups waging constant war among themselves for the remaining resources. Many of the people there who didn't participate in the New Exodus have returned to a state of barbarism and even cannibalism, hindering any efforts to create peace in the region and a general fear of the people that reside in what is now known as the “Deadlands”, named after the disproportionately high loss of life in the area. The threat of traders being raided for their supplies has With the industrial value now gone, there is little interest by outside groups whom are already embroiled in conflict to open yet another front to divide their limited resources in an effort to civilize this region.   Civilians in the rest of the country desperate for safety have fled to local rulers in the absence or avoidance of legitimate authority. This has resulted in the rise of numerous separatist factions vying to control their own spit of land all across the hemisphere. Some of the most prominent groups to come to fruition are the gangs that have overthrown the Mexican government and captured parts of the southwestern USA, along with the revolutionary Free States of America in the Midwest and southeast. In the northwest near Seattle and Toronto, the heartland of the NAL, a new republic known as Cascadia is struggling to rise amidst the efforts of NAUC to have it stamped out. 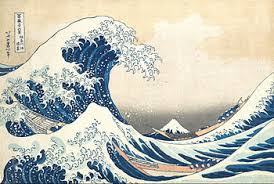