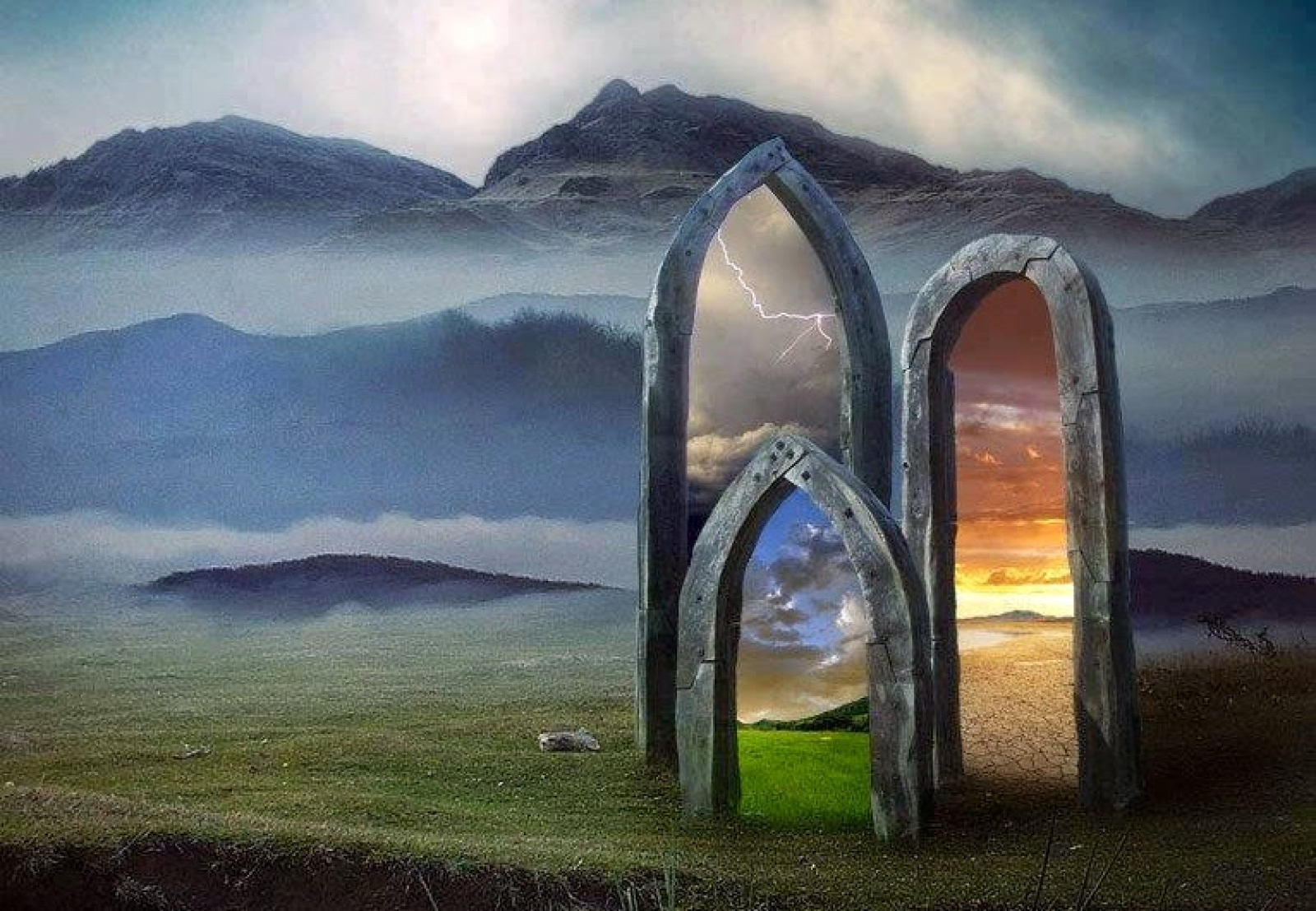 Oh Great Council, my name is Jan Jones. Many of you already know of me and my work. For those of you who don't, let me introduce myself before explaining why I have come before you today. I have accepted the mission of ridding the world of evil and spreading the light of hope, strength and the Gods to all. I have abilities that allow me to see into the hearts and souls of every sentient being. To gauge their power, abilities and even morality by reading their auras and get a sense of who they are. I have been working with many groups to search out darkness, kill it or contain it wherever possible. As you know, evil has taken many forms to darken the world and destroy hope and kindness since the beginning of time. Spirits, Werewolves, other shape changers, Vampires, Immortals, Demons, Wendigo, evil magic users who give you a bad name.
You have great power! You and your people have already been fighting evil mages all over the world! You have a team of mages who even search them out and bring them to justice! I was amazed when I learned about your organization and it's capabilities! It is my understanding that you tend to stay to the shadows, work in secret so you can maintain your safety. I can respect that. All I ask is for you to hear me out before making a decision.
The Haven Initiative was designed to bring together organizations of similar mission statements to work with each other to fight the evil in the world. Do what you are ALREADY DOING but utilizing the strengths, information, resources and people of other groups to make our fight even more effective! Every group has their own perspectives to bring to the table. We work together to maximize those strengths while covering down on the weaker areas so we operate as a team instead of individual groups fighting each other to get the same bad guys.
What I am about to tell you has been approved by the leadership of each organization. Some seem impossible, even crazy. Please listen with open ears. As mages, I know you are familiar with the impossible. The groups that have joined so far, are:
The Coalition - a large group of hunters who started off as a type of neighborhood watch. Regular people, some with normal hunting or military experience who saw past the veil to realize that monsters are actually Real. Many of these people still have day jobs and families and fight when and where they can. There are teams who are more dedicated, usually made up of men and women who lost everything to the evil and want nothing more than to snuff it out. They have passion, a huge variety of experience and knowledge to bring to the table.
Department of Extra-Paranormal Activities and Defense or D.E.A.D. for short- this group is all made of retired SWAT and specialized Military personnel who use their unique skill sets to hunt, capture and kill spirits and monsters. They are highly organized and have a very wonderful Research and Development team that works tirelessly to bring out more effective tools, weapons and ammunition to those who hunt. A very strong ally.

X-Net- these are the people who also hide in the shadows and in plain sight to record monsters, who they are, how they behave and what works in bringing them down. They get this information out to the masses so we may ALL have the necessary information to effectively kill these vile things. Yes, before you ask, they alter the videos and images to ensure our faces are never seen so we do not become targets should the enemy get them. They believe, and I agree, that knowledge is Power!

The Tir Corporation - they are a very interesting ally. This corporation has been experimenting with enhancing people to make them more effective hunters. Their R and D puts the D.E.A.D. group to shame honestly. Whoever is in charge of this company has excellent business skills and their hands in many pots, maybe. They clean up after messy fights to ensure our alliance and what we do is kept secret from the general public. Most people don't want to know what is out there anyways. But these guys ensure they don't find any bodies, or bits of bodies to put two and two together. They help us work in secret.

The Path of the Three Gods - this group utilizes their faith in Thoth, Sekhmet and Anubis to accomplish their missions. They have people who patrol the streets to secure and gather information. There are groups who are experts in negotiations and mediating. They have mastery over their own bodies to help them cheat death while consuming poisons and toxins to use against their enemies. They also prefer to work in secret so their agents are not targeted.

Ancient Unnatural Relic Acquisitions or A.U.R.A for short - also based out of Eqypt, this organization searches for relics and ancient powerful artifacts that need to stay out of enemy hands. Some deemed safe for use, are given to their agents so they may use the magic to hunt, slay or even hide. As mages, I assume you know the value magic items can bring to the hunt.

The Fidelium - Latin for the Faithful. A secret organization within the Catholic Church designed specifically to hunt down evil all over the world. I know mages and priests don't normally work together. However, myself and a friend within their fold have been working on changing their mindset over the last decade. We have proven to the higher ups at the Vatican that magic users are not all evil. Same goes for many other groups of so called monsters. But, I will get to that. The Fidelium have developed bases of operations all over the world and have the Vatican at their back! Religious artifacts that are blessed deal a whole bunch of damage to all evil baddies! Oh, they can also banish demons, heal people and their prayers have power.

The Fallen- as decedents of Lucifer himself, these people have inherent abilities to control demons, enter and exit Hell at will and have all sorts of powers and abilities at their disposal. They work to stop their ancestor and his denizens from wrecking havoc, spreading chaos and evil across the world. Yes, they take a vow to do what they do.

The Nine Clans - based out of Japan, they are made up of Samurai and Masters of all the martial arts. I am not exaggerating when I say this either. They have discipline, skills, prowess and resources that are unmatched by any other group.

The Lost Ones - Werewolves that uphold Mother Luna's teachings and laws. They are NOT evil! No one in this alliance is. They are extremely powerful predators who are exceptional hunters. They primarily fight the Werewolves who call themselves the Nobles. The Nobles are evil and delight in creating misery in the territories they take over. Which are usually our cities, unfortunately. We are prey to them. Werewolves can sniff out magic. They can see into and even walk in the spirit realm. The Lost Ones are a force to be reckoned with and I am happy they are willing to be apart of our efforts.

Last, but not least, are the Sangue Eterno also known as The Rising Empire . This Vampire Kingdom has undergone major changes over the last decade. They have stopped hunting just any people for blood and sport. They utilize blood banks and actual donors for their food supply. For sport, they hunt bad guys the cops and other alphabet agencies couldn't keep incarcerated. Those with money for fancy lawyers to get them off on technicalities but who are in fact actually guilty. They hunt evil monsters operating in their cities. They hunt the evil Vampires who don't care who they harm. This is a true Kingdom with a King and Queen. I am fortunate enough to call them friends and allies. A resourceful and formidable ally.
How do we work together, you ask? We have developed specialized hunting teams made up of each group.
I would like to introduce to you the original team. James is from the Coalition; Agent J. is from D.E.A.D.; Al is from X-Net; Cole the Tir Corp; Amun from The Path; Kai from A.U.R.A.; Father Michael is from the Fidelium; Jasmine is from the Fallen; Orihime from the Nine Clans; Katie Shadowstalker is the Alpha from a pack of The Lost Ones. I am not affiliated with any group directly as we need to ensure each group is represented fairly and no one group get represented too much too often. No favoritism.
The Lost Ones have packs that support anywhere from one to five teams as needed per area of responsibility. The Sangue Eterno provide assistance, information, backup, and sometimes security as needed. We provide them information and contacts so both groups may still be able to hunt for sport as long as what they hunt is evil in nature only.
We have created a training program that teaches members from each group how to effectively work and hunt together as a full team. Trust me when I say that overcoming ego and group bias has been a challenge. But, our instructors are up to the task and have created a strict regimen to ensure cohesiveness. We have expanded operations to 15 of the 50 states thus far. We have ten teams operating in various countries outside the United States and have plans to expand. This program is not brand new, however it needs to grow and we need to incorporate more organizations if we are to succeed. We HAVE to drive evil out of this world! We have to make more safe havens for those who wield abilities and magics; those who change shape; immortals and normals alike. We have to find a way to coexist and live safely.
Given everything you have heard, are you willing to join the Haven Initiative?
* Haven Logo created with a free logo maker online.

I really like the missive / letter style of the article, its a really original way to approach the challenge! As for feedback, I think maybe splitting up the text a little more might help with reading comprehension (when you have a paragraph break, you could add an extra space for instance).   I'd also put the credit for the logo in the Author Notes section (I think you'll find it in footer). It might also be worth looking into if you can disable the sidebar with your subscription level, since you aren't currently using it. If not, you could fill it up with the different banners of the members of the Initiative, with their name below?   Also I'd change the colour of the text in the comment box- I currently cannot see what I am typing for instance.   Overall a very original take on the challenge, and a very interesting alliance too! 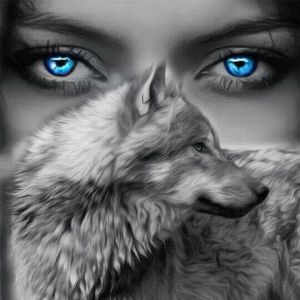 Thank you for the feedback! I am still teying to learn all the edit features and tje paragraph breaks have been giving me trouble lol. I get it how I want on the edit page and it looks different on the view page. I will keep working on it.