The Kingdom of Kem Boldahr is extremely decentralized. It is comprised of six Holds currently, though in time that number is sure to grow. Each hold is ruled by a Thane, one of whom is also the monarch of the kingdom, but the authority of the monarch is nonexistent. Kem Boldahr exists as a kingdom and has a monarch simply because that is how Alverion set it up when he was dividing Bastion among his Exarchs. In actuality, each hold is an independent city-state.   The first hold, founded by the Prime Dwarf, was Dun Morag. He chose its location because the Caladuin river had carved a path through the lower mountains which lead to an exceptionally tall peak. Grimnor knew he would need easy access for trade with Nove Rezaan while he and his subjects got a foothold in the mountain. Roughly three hundred years later, Dun Badur was founded. It was originally the hub for a vast expansion of mining for Dun Morag. As more and more dwarves moved to the new outpost to facilitate the growing population of miners, it eventually became self sufficient. However, no process had been set up regarding the formation of new holds. Kral Shadowbeard, the foreman of the outpost, convinced his subordinates to back him for Thane, but it was unclear what the Thane of Dun Morag would do. Kral decided to follow the example set by Grimnor Deepdelver's life in the Time of Shadows. There was something he wanted to do, so he would do it. He returned to Dun Morag, stood before the king and declared himself Thane of Dun Badur. Thuldak Deepdelver's responded, "I will not repeat Lochlan's mistake. You say you can stand on your own. Prove it." With that Dun Badur officially became the second Dwarven Hold.   Since then, the "process" for forming a new hold has repeated in essentially the same way four more times. First Tel Dahrohm to the south of Dun Morag, then Kaz Dorrin split off from Dun Badur in the north. Then Dun Doral and most recently Kaz Lodar in the southern mountains. There are three or four outposts through Kem Boldahr that will likely declare independence within the next fifty to one hundred fifty years. With each new hold, the competition for trade with the surface kingdoms grows. As of yet there has never been a war between the holds. There have been skirmishes and some tension, however. It has become the common thought through the range that the question of war between the holds is "when," not "if."

Other than the Thanes, there is no nobility in Kem Boldahr. Dwarves are still people, and thus connections and friendships can be valuable when seeking advancement. That said, the prevailing sentiment in the holds is that all dwarves deserve the chance to prove their worth. That's not to say every dwarf tradesman is eager to hold an apprentice's hand through their struggles with encouraging words and third or fourth chances. Just that a dwarf's birth does not determine their station in life. The dwarves learned well from the story of Grimnor Deepdelver's life that sometimes the best people come from the lowest beginnings.   The reverse also holds true for the most part. The dwarves do not begrudge the acquisition of wealth, and the lifestyle that can yield. They do however disapprove of those who coast on the accomplishments of their family. In some of the other kingdoms, merely having wealth earns you privilege. In Kem Boldahr, wealth earns you respect only if you earned it yourself. It may seem this idea runs counter to the hereditary inheritance of the thanes, but throughout the history of the holds there are very few examples of thanes that have not earned respect for themselves. Most have proven themselves in the Unseen War, some take up a trade, and a few have been arbiters prior to inheriting.

Laws & Justice The Kingdom of Kem Boldahr has only two written laws. Each Thane is free to rule their hold as they see fit. That said, there is typically little variation among the holds. All the Thanes follow closely to the example set by Grimnor Deepdelver. The common theme throughout the holds is freedom for each Dwarf to live as they choose excepting when their choice harms another Dwarf. Murder, rape, theft, fraud, and the like are all commonly held as crimes. Despite the preaching of the Vicar of Light and his priests, vices (such as alcohol, gambling, prostitution, and others) are not only legal, some of them are key parts of Dwarven culture.

Arbiters fill the investigative role of the Dwarven justice system. In most cases they will also fulfill the judicial role as well. In particularly serious, or high profile, cases the Thane of a hold will render judgement. Arbiters handle everything from contract disputes to attempting to determine the identity of a murderer. Becoming an Arbiter is a long process. It begins with volunteers, but the vast majority do not complete their training and apprenticeship. The reasons for failure are many but the primary attribute that is sought after is honor. Arbiters speak with the authority of their thane, and as such, must strive to be beyond reproach.

The first of the Kem Boldahr's two written laws deals with the safety of the hold. Given the location of Dwarven civilization (i.e. under mountains) there is an extreme importance placed on maintaining the structural integrity of a hold. This extends to all the tunnels, outposts, and mines a hold controls. To sabotage the integrity of the hold due to carelessness is a crime on par with murder. While the thanes are given the freedom to render a sentence of their choice, it is almost always exile. To intentionally sabotage a hold is considered the worst crime a dwarf can commit. For this crime the sentence was set in stone by Grimnor Deepdelver himself. The guilty dwarf is paraded through the hold in chains so all may know of their crime. The procession ends at the deepest point of the deepest mine the hold controls. There, a cavity is made just large enough to fit the dwarf. They are sealed in alive and abandoned.

The second law of Kem Boldahr determines how a new monarch is selected up on the death or incapacitation of the previous monarch. The law is simple, the Thanes elect the new king or queen from among themselves by vote. The heir of the previous ruler, now a thane themselves, is allowed to vote. The law ends there, but there are some traditions that have arisen. Firstly, the weakest or least liked thane is almost always chosen. The reason for this being that the monarch has to deal with the other rulers of Bastion and their representatives, which is a job no Dwarf wants. Second, older thanes are almost never chosen because the thanes do not want to deal with the hassle of gathering to vote again any time soon.

Grimnor Deepdelver announced, before he had children, that his first born child would be his heir. While not officially a law in Kem Boldahr or any of the holds, it is a tradition that has held steady with very few exceptions.

The Banners If you chose a random Dwarf to fight a random Human or Arlvar, the Dwarf would likely win ninety five out of a hundred times. The Dwarves are built for power and fortitude. The point being that when considering the Dwarven military, you may as well be talking about all the Dwarves. The vast majority will have some training and experience fighting in the Unseen War. That said, the Dwarves do have professional soldiers.   Dwarven military units are called Banners. The name taken quite literally from the banners that represent them. At a macro level they are somewhat like mercenary companies in their structure. High rank in one banner confers no authority over low ranking members of another; though in most cases respect is shown to rank. Internally each banner’s rank structure can vary wildly, though they are typically similar. The one rank all banners share is the command rank of Kazdanor, which translates roughly as “one who raises the banner.” The key difference between banners and mercenary companies is that while banner soldiers certainly get paid, the service of a banner cannot be bought. Their loyalty is to their hold and thane.   Banners vary widely in size. Some are large enough to be considered armies unto themselves and others may have fewer than 50 members. The smaller banners are typically very specialized and often work in support of larger banners.   Most banners have been in existence for centuries, but from time to time old banners will disband (called Lowering the Banner) and others are formed (called Taking up a Banner). Taking up a banner is not a formal process. In the end the only requirement is official recognition by a Thane. How a dwarf gets the numbers and support for that is up to the individual.   The most common job given to the banners is clearing the depths of the creatures that live there so the holds can continue their expansion and mining. They are also used when conflict arises between the holds. Rarely, a thane will send a banner to get involved in a surface conflict. The usual reason for this being to spite one side of the conflict over a grudge. Even more rarely, one of the surface nobles from Tasyod or Nove Rezaan will encroach a bit too far toward the mountains in their grasping for more land. While the Dwarves have no desire to use the surface, and they tolerate the other kingdoms using some of the sparse flat land in the lower mountains, there are limits. When these limits are passed, the offending noble is sure to see a few banners coming over the horizon. 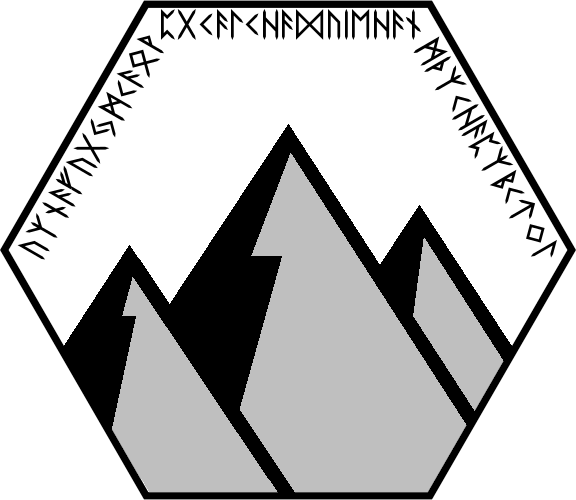