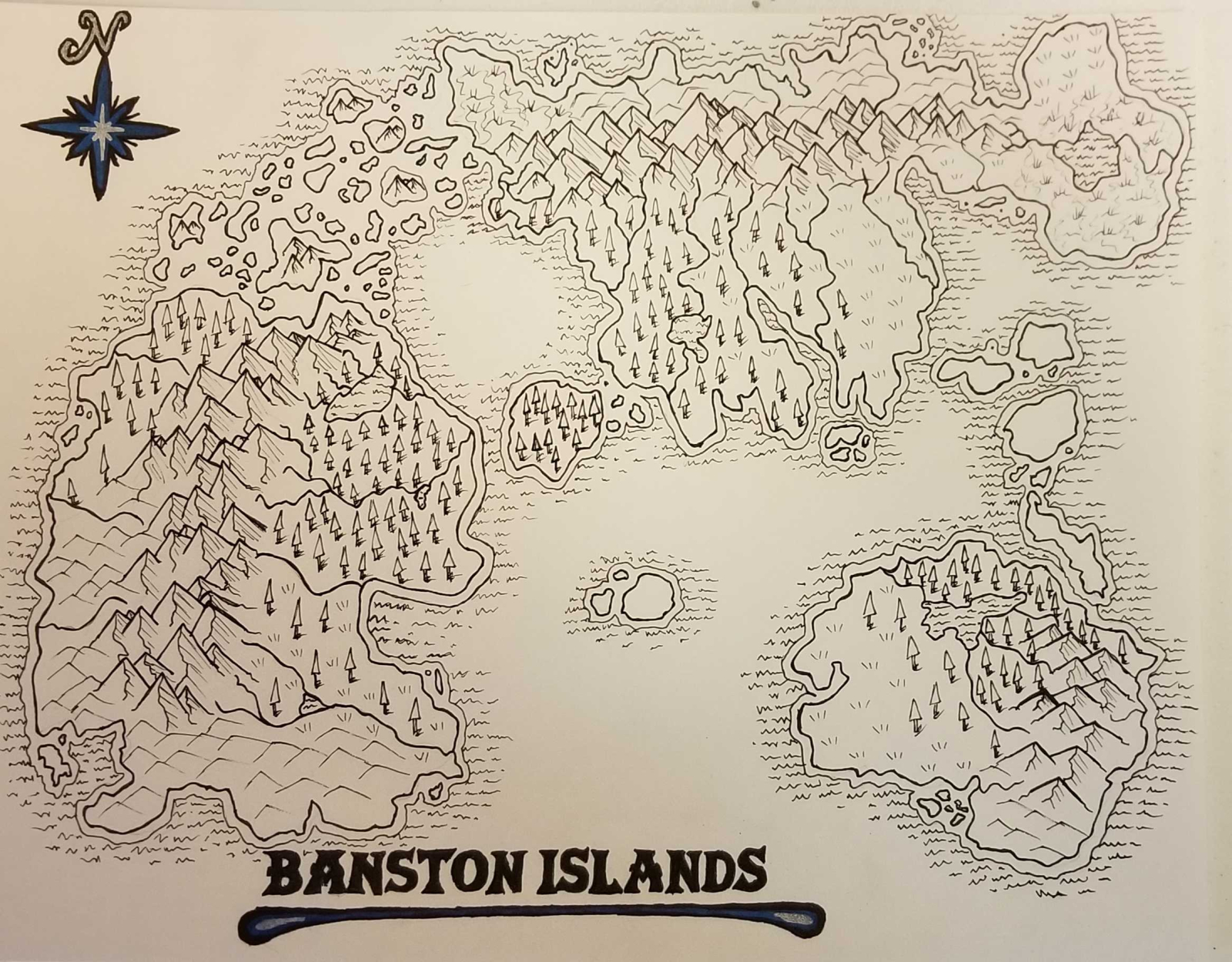 A Reawakening of Magic

He jumped from one stone to the next, trying to dodge the liquid rock below him as he made his way across the chasm. He takes a giant leap, the last jump to get to the other side of this fiery river. His footstep misses the stone and Carraig trips dipping his foot into the hot lava, and just as he was to scream out in agony, he found himself inside of Usims Cabin and a trail of drool running from his mouth into his shirt.   "Must have finally gotten a decent nights sleep. That pipeweed certainly did the job, but man was that dream crazy! I hope the river isn't that terrifying." he said while standing and cleaning the mess of drool that covered his face.   Carraig quickly packs the few things he found in Usims Cabin into his pack and heads out the door into the crisp morning air. The smell of clover punched him in the face as he left the cabin, but the wind had another smell to it this morning; Death. The dust and smoke from the ruined capital had finally made its way into the mountains, and the smell was horrifying.   "I hope my family wasn't in the blast," Carraig muttered to himself while looking at the smoking ruins or Lorthen Below. "I had better get going and find this tower before those Dwarves kill my family or ruin any more of the islands." He said while turning North.   Walking along the steep mountainside, Carraig works his way through the volcanic rock and brush. He was going in the right direction as the air kept getting warmer and warmer and the smells of the forest began to vanish behind a thick cloud of sulfur. The shrubs and grass began to thin until none were present anymore and all that he was walking on was volcanic rock. Then he saw it, near 200 yards out in from of him the bright red-orange flowing river of lava that spewed from Mt. Emerald. The river itself was a magical sight flowing slowly down the mountainside to the sea below. Checking up and down the river he couldn't see a way across it was just a straight stream of lava running from the top of the volcano into the ocean, then he saw his answer. Above him, a small rock bridge had managed to form itself over the river, although small it was the only way across. Making his way over to the crumbling rock bridge he notices that the bridge isn't quite as sturdy as previously thought, it seems the river below had started to erode the sides, and it looked as if it would fall in at any time.   "Do it. I have nothing left to go back to." Carraig thought to himself as he stepped upon the rock bridge.   Just as he takes his first step onto the bridge an arrow goes flying by his head Carraig turns to see who had shot the shaft and to his horror, he could see the distinct dwarven invader of Vikru and four other dwarves chasing him up the mountainside. Without a second thought, Carraig rushes across the crumbling stone bridge, each step he takes more of the bridge falls away. Near halfway across the bridge another arrow went whizzing by his face nearly knocking him off balance. The bridge below him begins to crumble away into pieces, with only a few more steps to take Carraig can feel himself lowering down into the river. He gives one last push and jumps onto the bank of the river on the other side. Turning around the bridge that once stood joining the two banks had vanished, and the dwarves were cursing him in their native tongue on the other side.   Vikru yells out across the river "We will find you, boy, you can't hide from us forever!" He then demands his dwarven comrades to spread out and find another way across the river.   Turning to the forest that lay behind him Carraig rushes in never looking back, knowing full well that the dwarves will soon find a way across.   How did they find me after all this time?

First Completed Short Story - Ever....Like in the entire 29 years I've been on earth this is the first one to be completed and shown to the public...   I know its not perfect and thats ok! I would like to grow as an author and I can only do that by realizing my mistakes and growing from them. If you see anything in the writing, Grammer, Sentence Structure, Run on Sentences, Or Literally anything else that I have done and could work on please tell me!!!!   Thank you so much for reading my short story and I hope you enjoy!