The Seeker (a.k.a. The Seeker, Madman of the Desert, Dark Priest)

He wanders the wall at all hours of the day. Muttering to himself, and to anyone who will listen. If he isn't on the wall, he is preaching to anyone who will listen about the coming death. It would seem he appears everywhere in the desert and the wall at random. He is there, and then he is not. The tall and lanky mad prophet known as the seeker is an enigma, the monks on the wall dislike him intensely, but he is allowed to go where he pleases, and as of the last few years, more and more are listening to his mad message, his death cultists can be heard in the desert on quiet nights.

Tall, and extremely thin, perpetually in a cloak and mask with unknown technology in the head and eyes, if you were to get close enough, you'd also see that his arm is completely artificial, made with the same watch like mechanisms as his mask. It's rumored that he's almost a complete clockwork construction underneath the cloak, and that it keeps him alive.

No facial features to speak of, all hidden by the mask.

He walks slowly, with deliberate pace, hunched over and leaning on his scythe.

Necromancy, able to wield shadowy flames with his scythe, scythe is able to cut through almost any material.

Clockwork mask and arm, body hidden beneath dark cloak, he carries a scythe that doubles as a staff. Face is hidden by the beak like mask, eyes reflect the world through mirrored lenses.

Little is known of his personal history, all that is known is rumor. There are many who believe he doesn't exist at all. If the rumors are to be believed though, its said he is a former Gavani monk who went into the desert after the last invasion, seeking information, and the obelisk. It's said he found both, but came back mad.

His education is unknown, he's quite proficient with his scythe, and its rumored he used dark forbidden magics.

Mutters and preaches about the oncoming swarm, and impending death. His wish is to find the obelisk once more, if only he could remember. 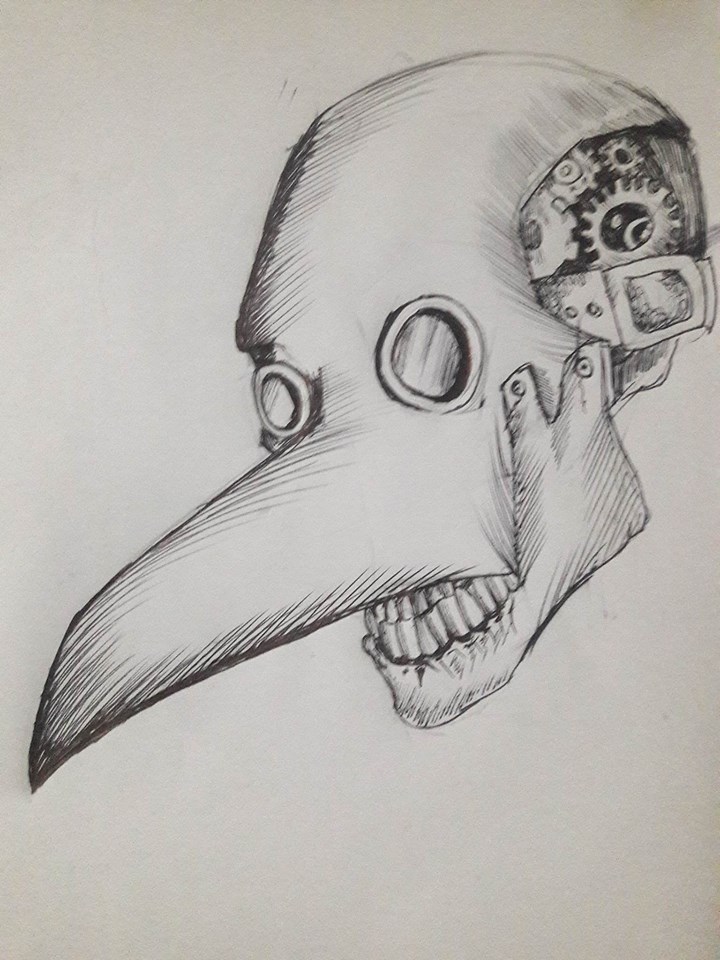 Current Location
The Adamsa Desert
Honorary & Occupational Titles
The Seeker
Eyes
Covered
Hair
None
Height
6'2
Weight
120 ibs
Quotes & Catchphrases
"The Swarm! The Swarm will consume all!" "The Obelisk!" "Death! Death comes for us all!"