The Great Hunter Mezhvaek (a.k.a. The Sea Bastard)

A warrior, hunter, and savage, Mezhvaek Marabastorr is a barbarian you do not want to cross paths with. He comes from the harsh islands in the Bahmis, born amidst the darkness of the sea and raised only by his urge to kill and hunt. A warrior who charges into battle without any armor or strategy. He is only fueled by his basic primal instincts and need to hunt the biggest and baddest beasts and foes.

Extremely muscular and very quick and agile from training under the crushing pressure of the sea. Skin is as thick as leather and extremely durable

Brown skin, Tribal markings on the right side of torso, shoulder and back. Battle scars

Walks with heavy footsteps and grunts most of the time

Can summon the powers of the Sun god using his own blood as a sacrifice. Also the barbarian rage frenzy makes him feral. Mastery of heavy weapons except magical ones.

A tribal rag is the only clothing worn. Doesn't even bother to wear shoes

Specializes in use of heavy weapons such as axes, hammers and broadswords. (yet never carries one into battle). Also a very fast swimmer and trained in underwater combat

Many terrifying rumors of birth, no real answer. He was washed up on the islands of Bahmis where the Kai Kai (flesh eating) tribe took him in and fed him, under the pretense of eating him when he got large enough. after a few years when the boy was 6 and already a large lad, the tribe attempted to tie him up and drag him over the fire roast. This however did not go their way as 3 grown men could not subdue the young boy. the village chief was impressed with the feral beast in the boy, he decided it would be best put to use by his side rather than in his stomach. Years passed by as the young boy grew into a warrior, and earned the nickname of Sea Bastard when he slayed his first Sea-eater.

Trained by the ruthless warriors of the Kai Kai (flesh eater) tribe, and the tribe of Nifo Lorr Nifo (teeth screamers). Also studied animal behaviors and how to mimic them

first kill at the age of 7. One of the very few to ever kill a Sea-eater. Youngest warrior to achieve the title of Vezvarh (Hunter). The only man who ever saw the great Leviathan and lived.

Has extreme headaches which causes him to go into rage frenzies

Not very calculating and acts on instinct rather than strategy

To hunt the biggest and meanest beast he encounters and to lay with the Swarm Queen.

Likes getting intoxicated, spreading his seed and KILLING. hates magic.

Quick to act in any situation.

Quick to act in any situation. which often ends with innards and blood all over the floor

Often bloodstained. Does not understand the concept of a shower.

Charismatic and flirtatious. Will kill a man for a chicken leg. good with children. UNLESS THEY TAKE CHICKEN LEG.

Talks in strange accent with grunts

Voice that intimidates and arouses. 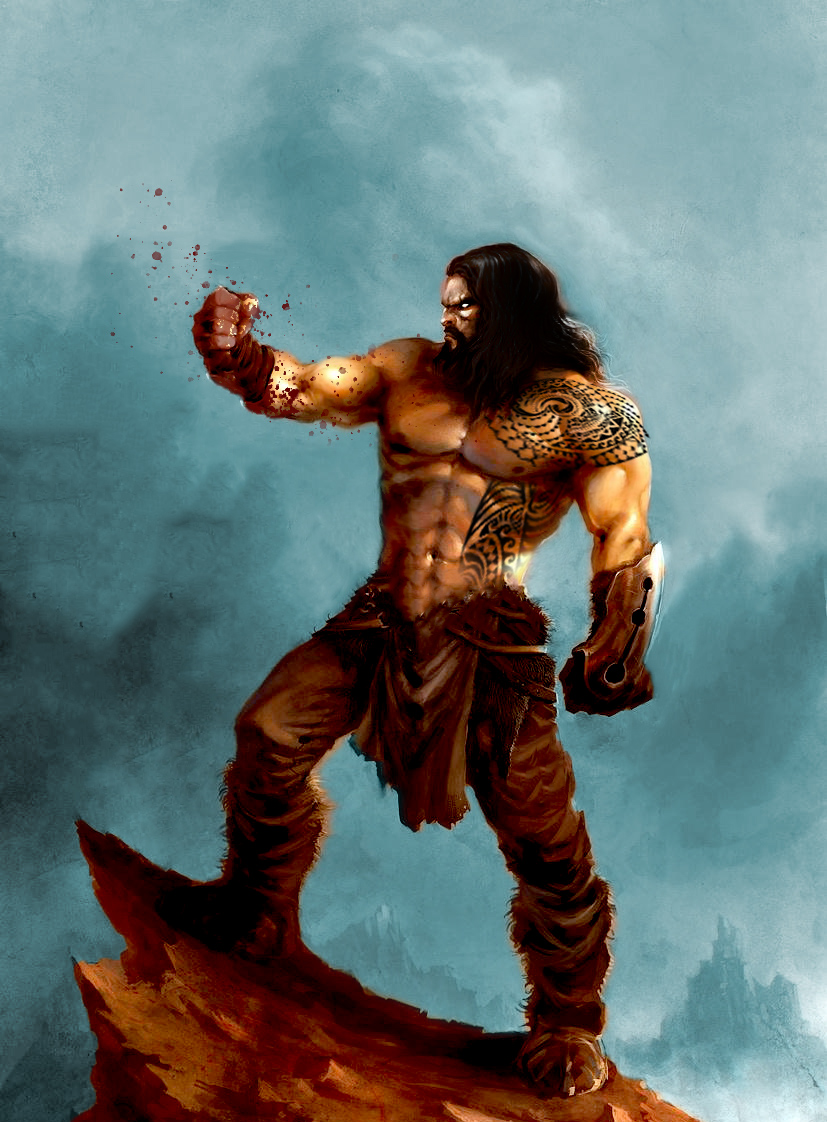 Divine Classification
Tribal Gods
Current Location
The Adamsa Desert
Honorary & Occupational Titles
Sea Bastard, the Great hunter
Circumstances of Birth
He is rumoured to have clawed and bitten his way out of the womb, killing his mother in the process. Other rumors suggest that he is the unholy offspring of a sea eater and a barbarian.
Birthplace
The Bahmis
Biological Sex
Male
Sexuality
Prefers females. Species do not matter.
Eyes
Dark blue, always reflecting the ocean.
Hair
Long, thick and strong as a rope
Height
6'8
Weight
220kg
Quotes & Catchphrases
"I WILL IMPREGNATE THE SWARM QUEEN WITH MY SEED, AND OUR SPAWN WILL DOMINATE ALL" "oh hey look, a daisy."