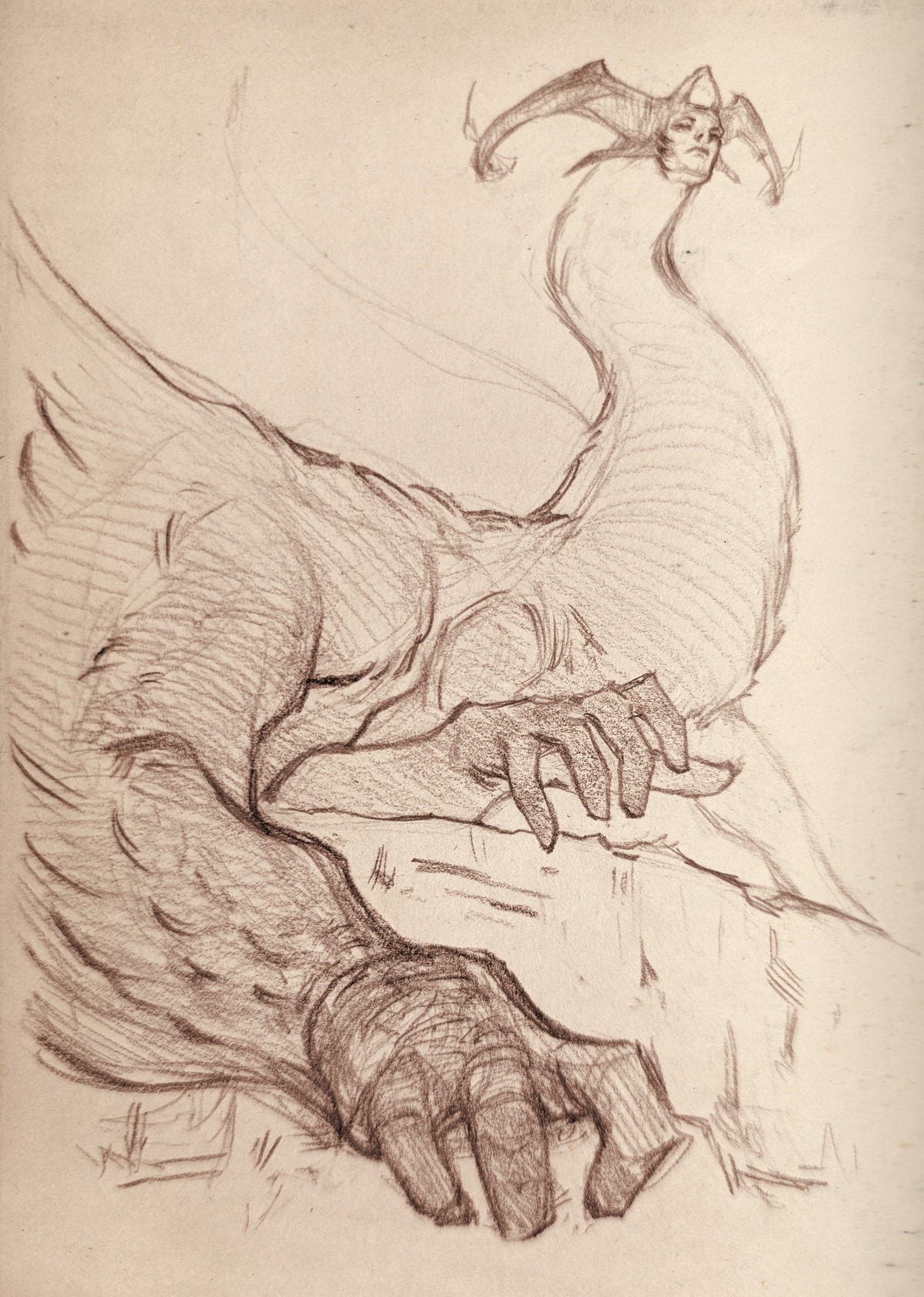 Ages ago, Shemokmedi sent its children, Amaars, as punishment for mankind. Their breaths turned any living being into a monstrous chiraki. The Sun's children plummeted like asteroids, the majority falling in the now-called Amaarion continent. Even centuries after Amaars were vanquished, their impact can still be felt, especially in and around the craters. 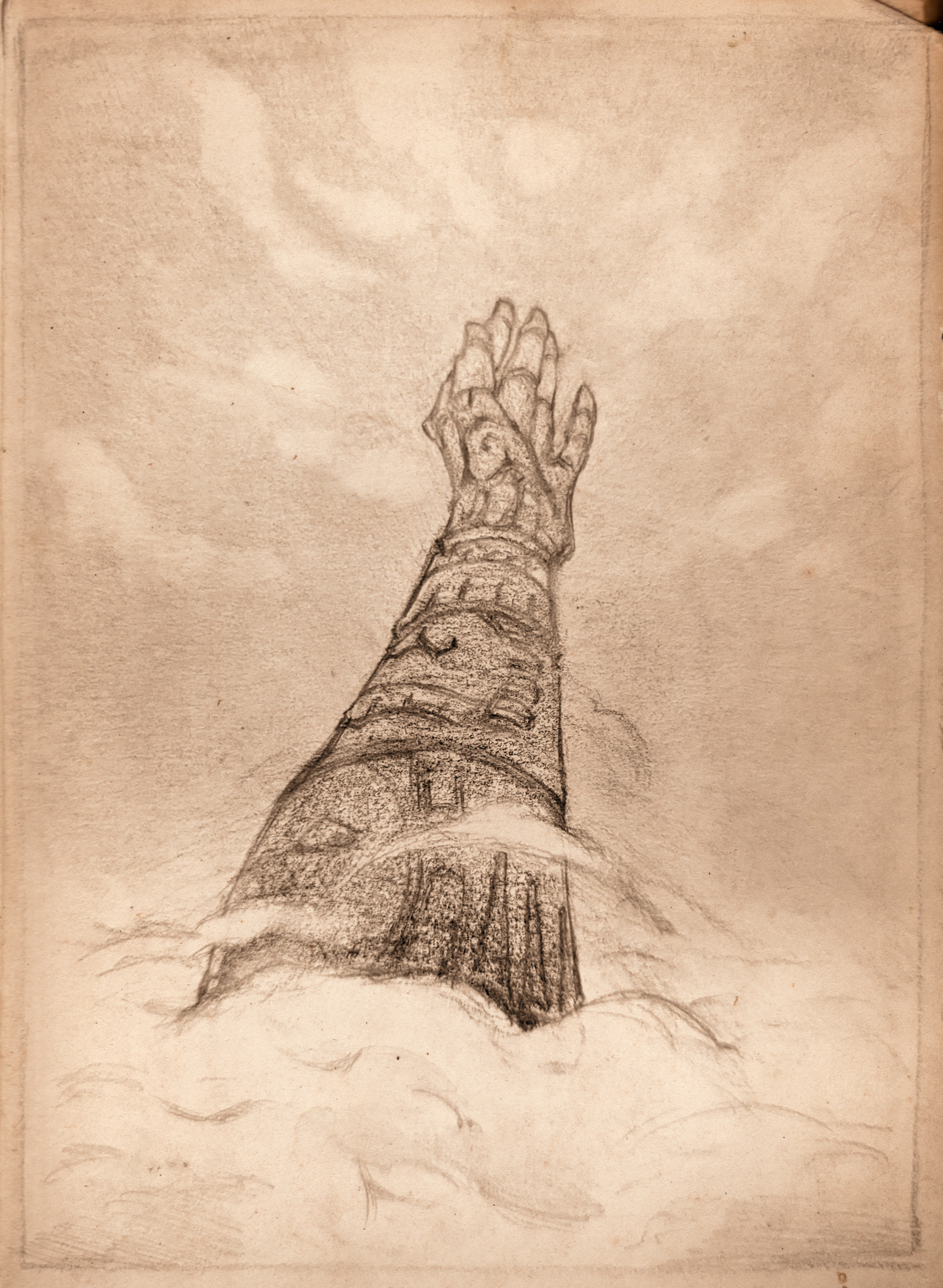 Located in the Amaarion desert, the Last Hand is the largest intact Hska armour found on the surface. The gauntlet reflects the light even from the stars, allowing fingers to glow during the night.
The Last Hand is constantly patrolled by armed Tonemaqi , who let only weaponless Tonemaqi in. Upon entering, the bahhraym woman climbs the inner stairs, reaches one of the fingers, and forges her desired weapon. When done during a starry night, the weapon absorbs light from the fingers, allowing their crafter to telekinetically move it and use the star’s magic that gets reflected on the surface.

If one visits Vinwardisi Forest during Autumn, they'll join a festival called Rtveli. Vinwardisians squeeze grapes underfoot in a carved tree trunk, have feasts, drink one of the best wines, dance around the fireplace, hear people's stories and share some of their own, and see children jumping over bonfires for fun. Flying Islands often come down to open up bazaar stalls, exchanging various spices, food, fabrics, and other items for wine and grapes. 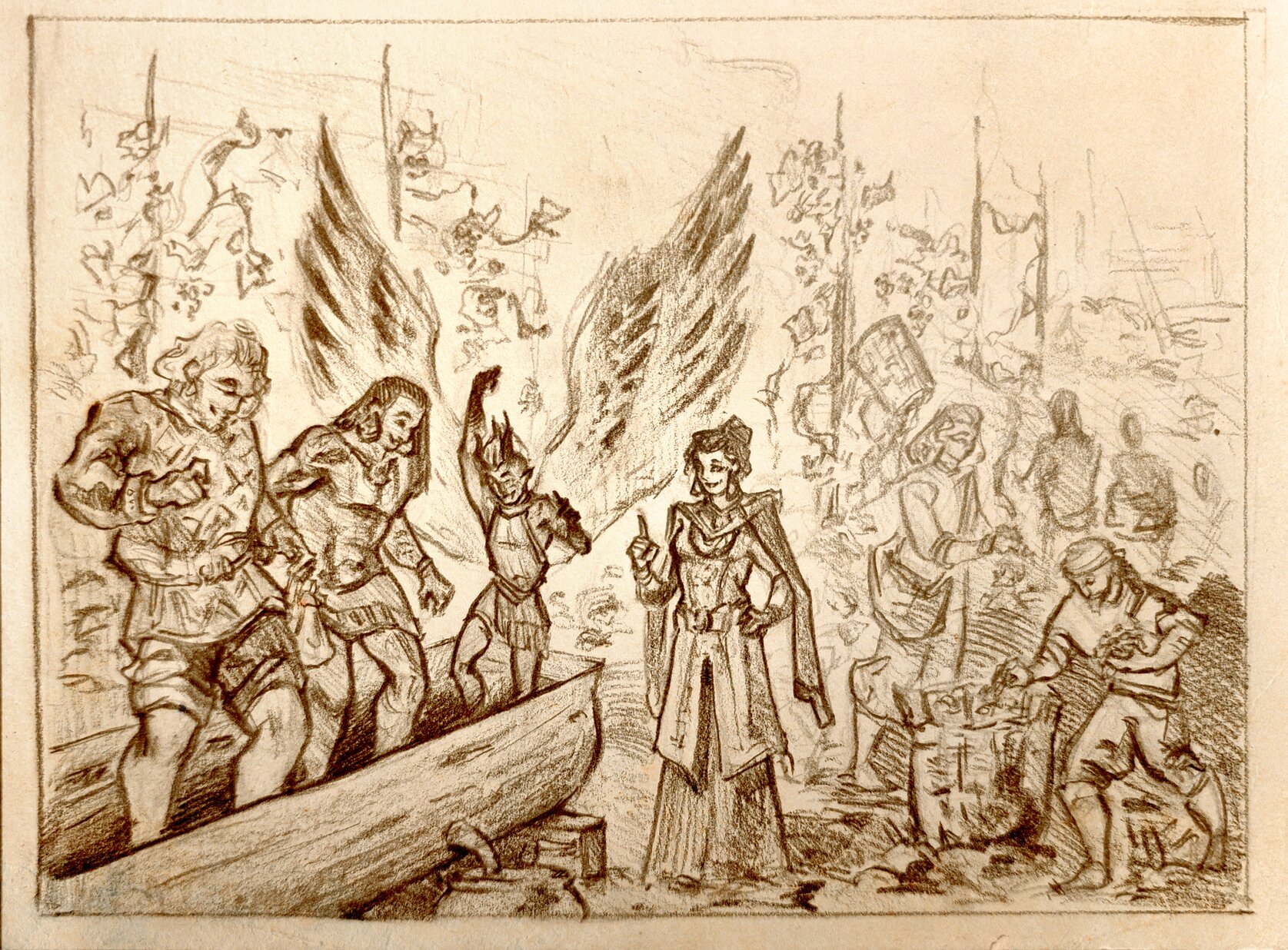 Seeing an approaching flying island is a sure way to breathe life into the cities. Descended Aakhir merchants are quick to open up bazaar stalls, selling the best selection of embroidery-adorned fabric, tapestry, rugs, exotic food and spices from all over Ayonerra. But be wary of Aakhir’s illusion magic. One might notice cones of spices never falling down even against the strongest of winds. I'd advise you to only give the exact amount when trading, or else you might get pebbles instead of change. 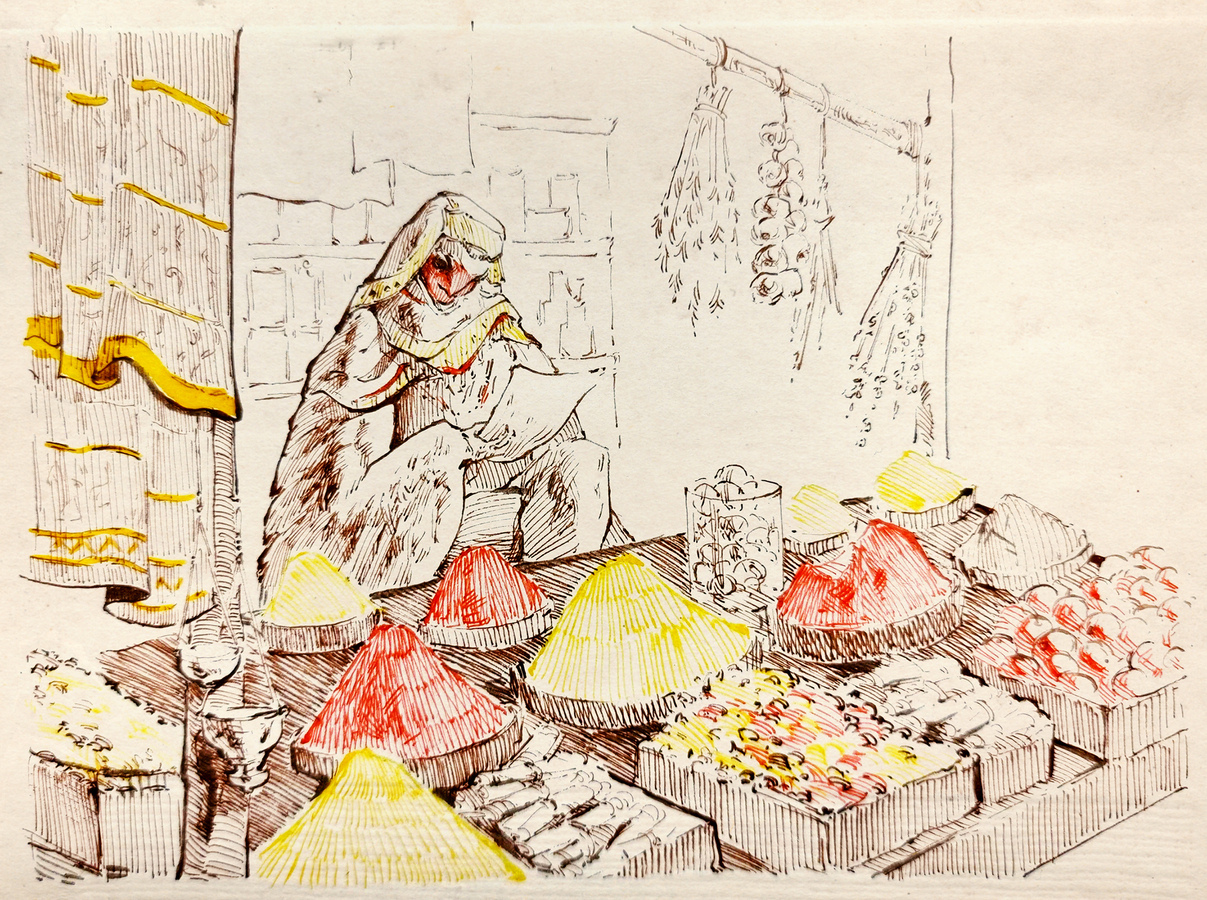 Underneath the kingdom of Firoz, a multi-level city spreads as a web of tunnels, rooms and dead ends. For centuries the underground city had been forgotten until desperate dharaat rebels found one of the entrances. Disorienting layout, dark and narrow tunnels became a haven for those seeking refuge from Lavran Lavvaley’s regime.
Many rooms serve as sleeping quarters, schools, storage for food, tools, olive oil or wine presses and other life necessities. Wells connected to huge underground reservoirs ensure access to clean water. Air shafts allow fresh flowing air in while foul air escapes outwards. Surface floors are mainly used for livestock and stables. Dharaats move heavy doors across the tunnels to seal off invaders from the outside world and with the help of advanced vibration sensing escape through pitch-dark corridors. Many doors lead to tiny, empty rooms to further confuse the intruder. 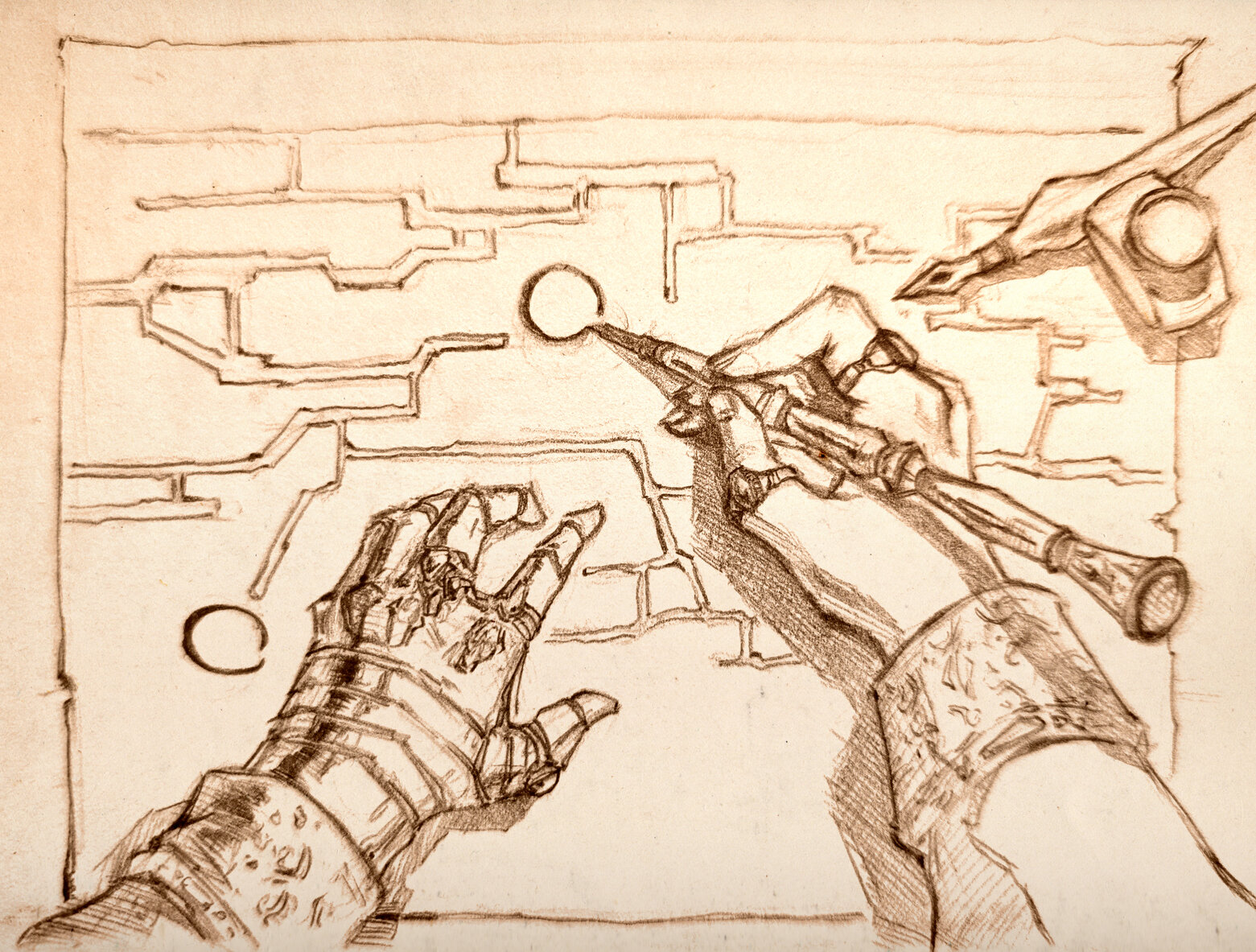 The Daruband Isles are a home for Khalibs, Ayonerra’s most accomplished blacksmiths. Items made on Daruband, blessed by the god Otmar, are always sharp and durable. The only weapons they can't match are those created by more skilful Khalibs.
All attempts by various kingdoms to monopolize the Khalibs' services have failed. Safety against invaders is provided by narrow straits and passes, mountain ranges that stretch along the coasts and imposing fortifications. The shores are tens of metres above sea level. Large hoists are used to raise ships so they can be emptied of their cargo before being lowered. 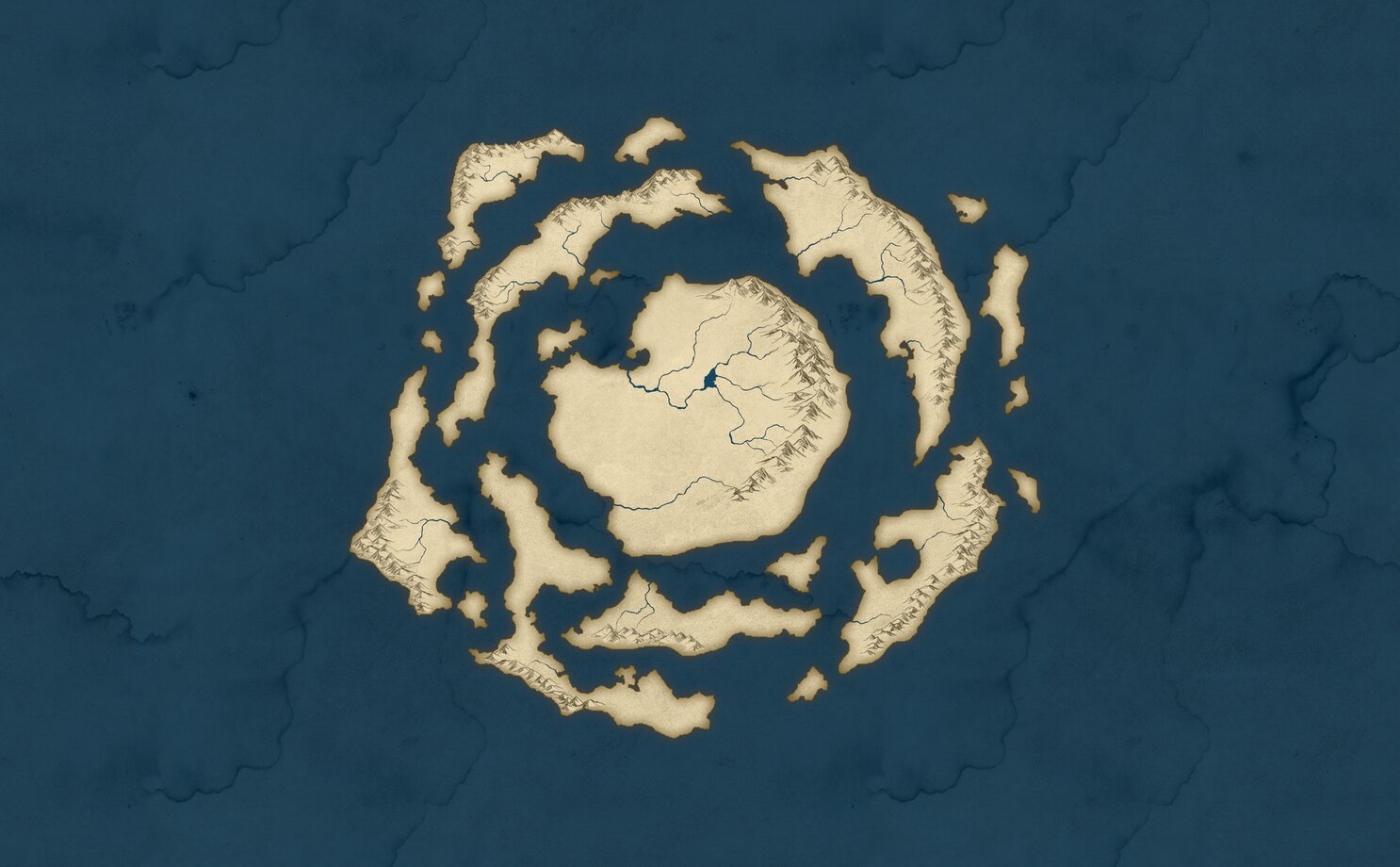 Nikophsian harbours serve as key trading hubs. Amongst them, Port Niiberah is the largest on Ayonerra, where merchants from various kingdoms freely trade with each other and Nikophsians. Barter is especially common with locals, who exchange tropical fruits, medical herbs, woods, perfumes and oils for various goods. 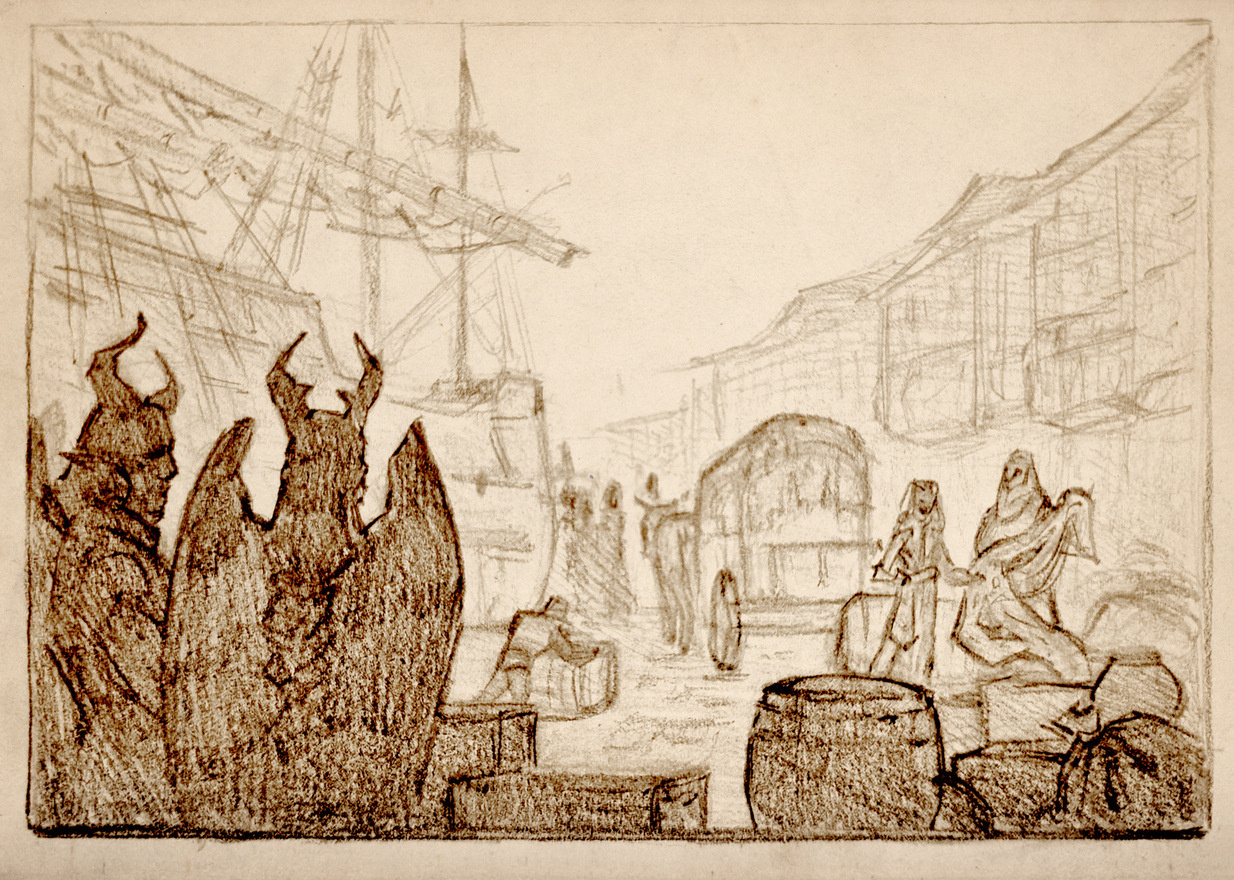