Of Gods and Man - A Prayer of Sacrifice

After the creation of Gods and Goddesses, time was steady and patient. Orcs began to outnumber Elves, but in their warmongering ways also chose to fight the Dwarves and other creatures of the world, spreading their large numbers thin and manageable, if but troubling at times. The Dwarves had their mountain homes to grant them an advantage, but the Elves needed to be craftier.
They began to supplement their numbers by animating nature itself with magical essence...initially primitive methods such as helping grow tree roots upwards to act as tables, walls, benches, palisades, or anything useful both towards defense and general living, yet as their understanding of nature grew, so did their constructs. Large Entalawens, or 'Tree Folk' were formed, most notably the Entaladans, also known as 'Tree Beasts'. These hulking masses of lumber served as beasts of burden, pulling carts, being ridden, defending the forests and all that was required, and for the most part it proved useful.   Its true enemy was fire, and given its ability to move, a luxury not offered to most plantlife before, it could outrun this shortcoming and grab many Elves in its departure. However, it was not perfect. Much like the animals it took inspiration from, it lacked basic reasoning and proved to be a bit unwieldy at times, especially the larger Tree Beasts. 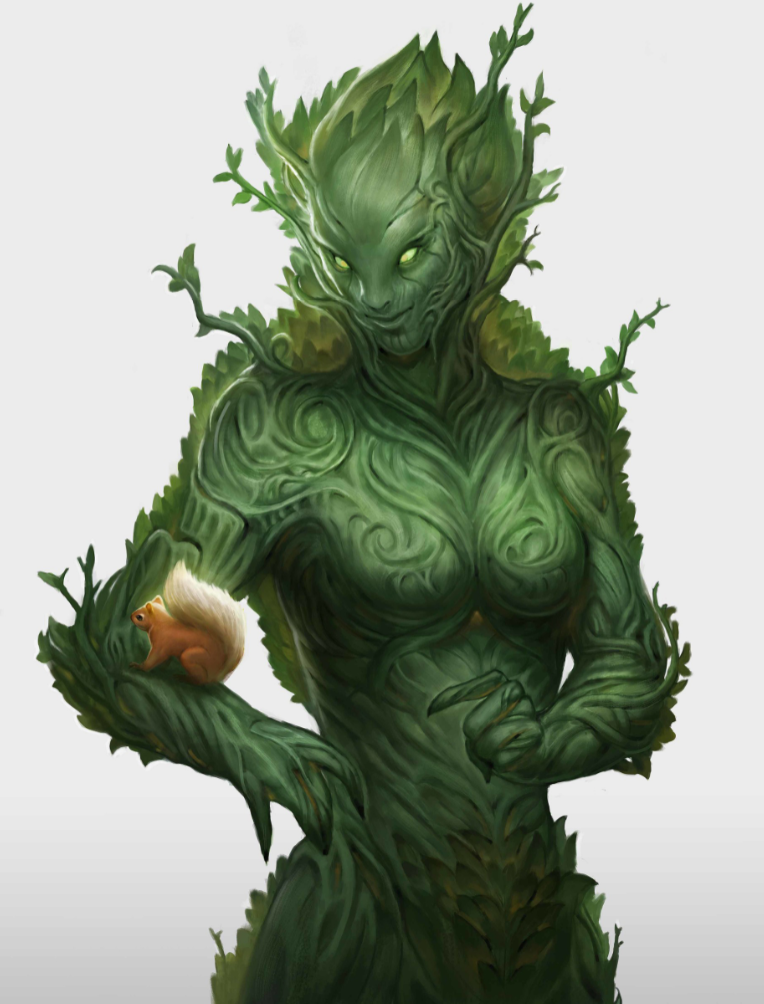 by Yosi saputras
As the Elves better understood the scope of their needs, they refined their magic and honed it further and further until their greatest achievement yet. They formed the Entaflorians, later to be known as Florians. These beings were made with the Elven image in mind, yet crafted from the trees, and risen lovingly from the soil, and they were marvelous. Able to speak, reason, empathize, learn, and a myriad of other important other processes, they were welcomed into Elven societies with open arms. There was a very important distinction however: Although they acted with autonomy, they lacked the ability to understand. They could emulate feelings but never process them. In effect, they were the middle ground between a golem and a humanoid.   Quickly they were accepted into society. Elven empathy did not allow them to look at these creations as simple tools or a means to an end.

Names were given to the Florians and often they were allowed into social structures. If an Elf perished, the Florian would step in to act as a sort of midwife to fill the parental roles in a child's life, and while they did not share loving bond with the remaining parent, they could be taught to cook, clean, mend clothes, and other things necessary to a child's life. The Florians were armed and allowed to fight alongside their creators and companions...The same creators who would mourn every loss. 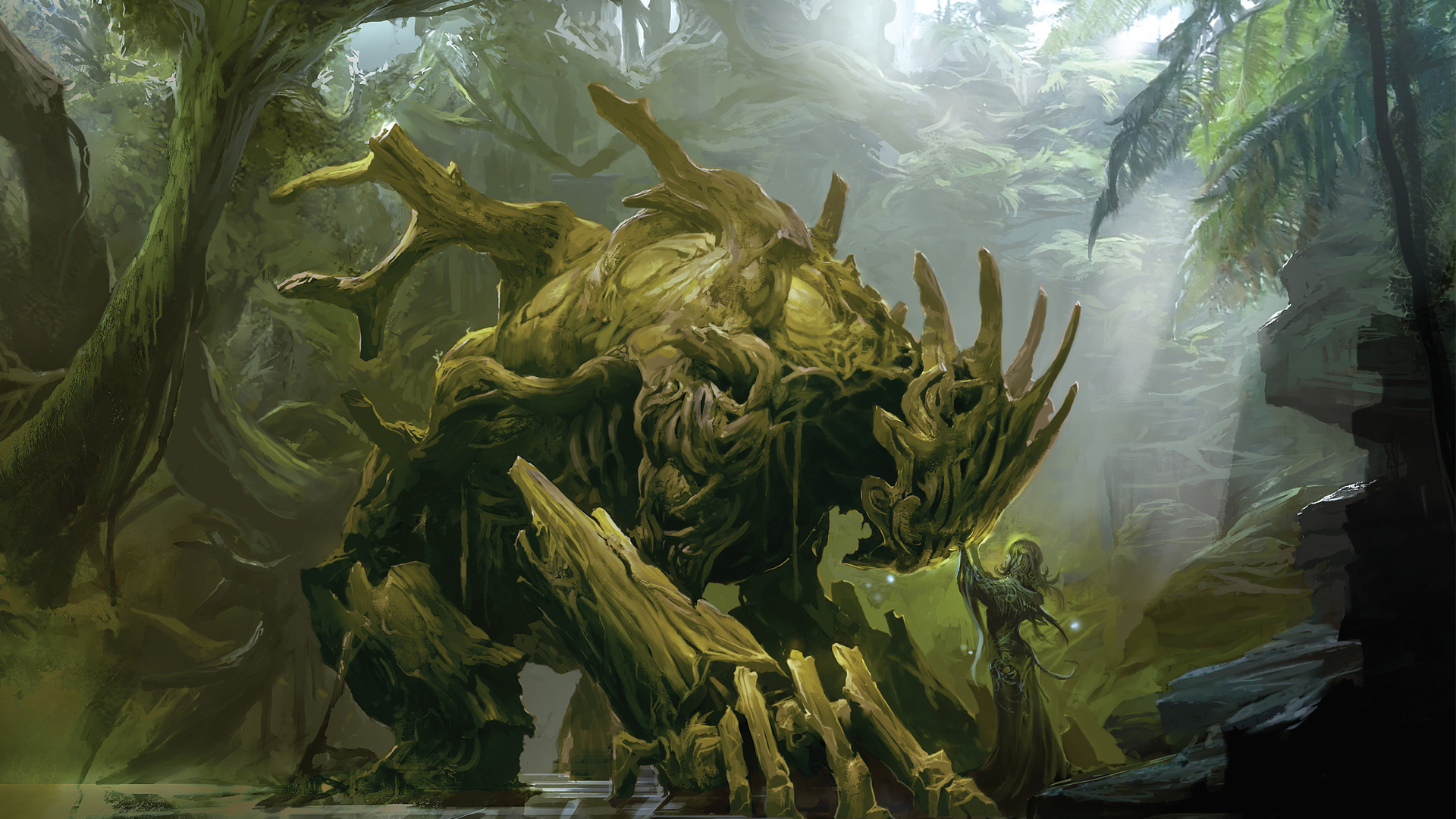 "As you are made of nature, so will you serve nature. As we tend to nature, so too will we tend to you."
— A common druidic prayer 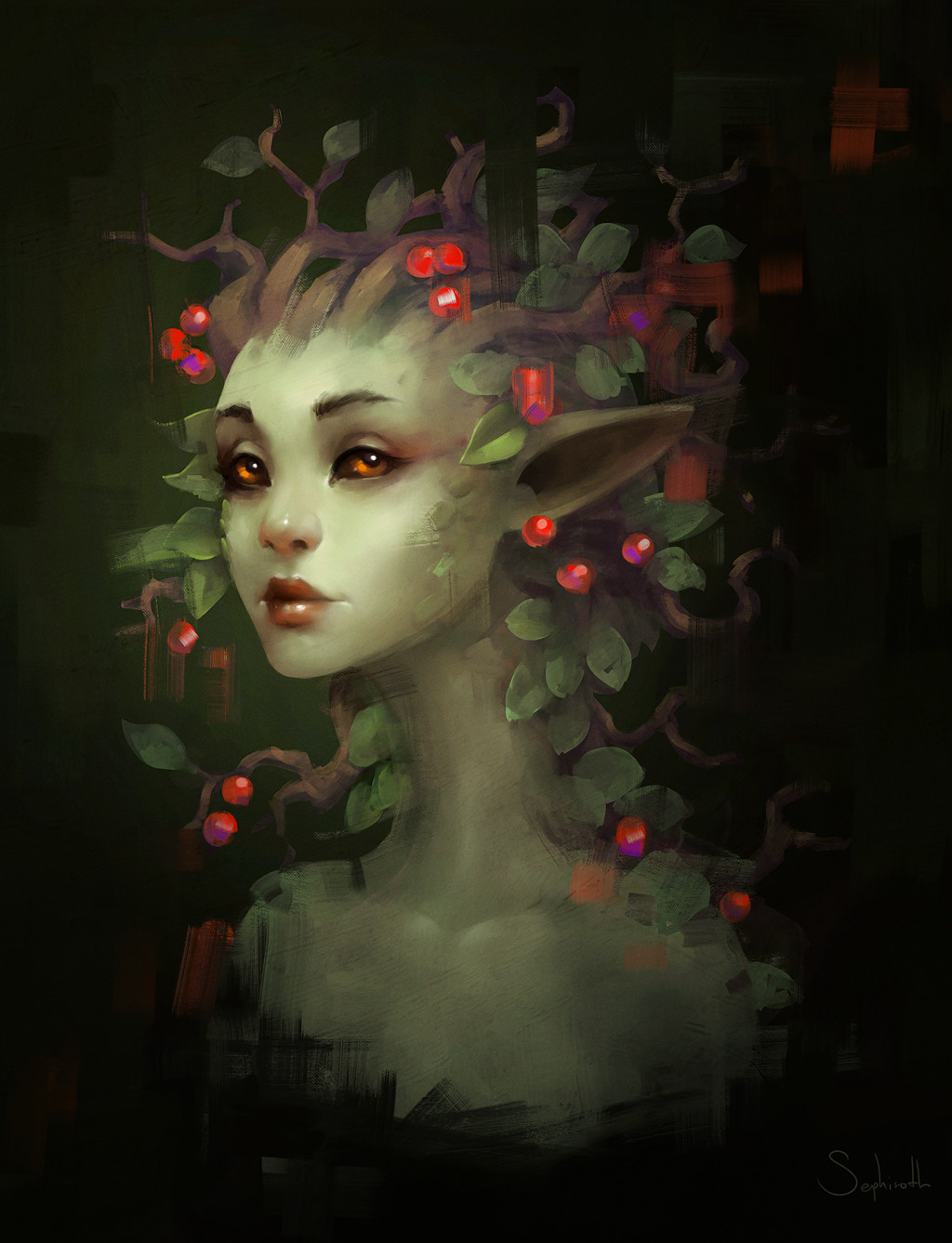 Remove these ads. Join the Worldbuilders Guild
Over the years, the creations were no longer seen as a way to supplement Elven armies and societies, but as integral members to families and well being. They yearned to give them life...a life they could cherish, grow from, and reap the rewards of. And so throngs of Elves marched through the woods in holy vestment, reverence and purpose guiding every step, only pausing when they reached the clearing and shrine dedicated to Birchum - God of Nature.


"Oh Earthly Father, hear our prayer. Our love and loyalty is offered dutifully to you and your creations. Long have we tended to the land and its fruits both of fur, feather, and wood. We beg of you to welcome the Entaflorians into your arms as we have welcomed them to our's. Oh Birchum, the very embodiment of benevolence and earthly love...Hear our prayer."


In song and unison they prayed tirelessly until their throats were gasping. This was a purpose they stood united in, their resolve unwavering. The Gods were keen to not meddle in affairs, as even the slightest shift could unbalance all things, but this unified effort that blanketed nearly a quarter of Ayn in music like chants, could not be ignored. In time, a glow emerged on a single tree towering well over them all. It was Birchum standing in near disguise. 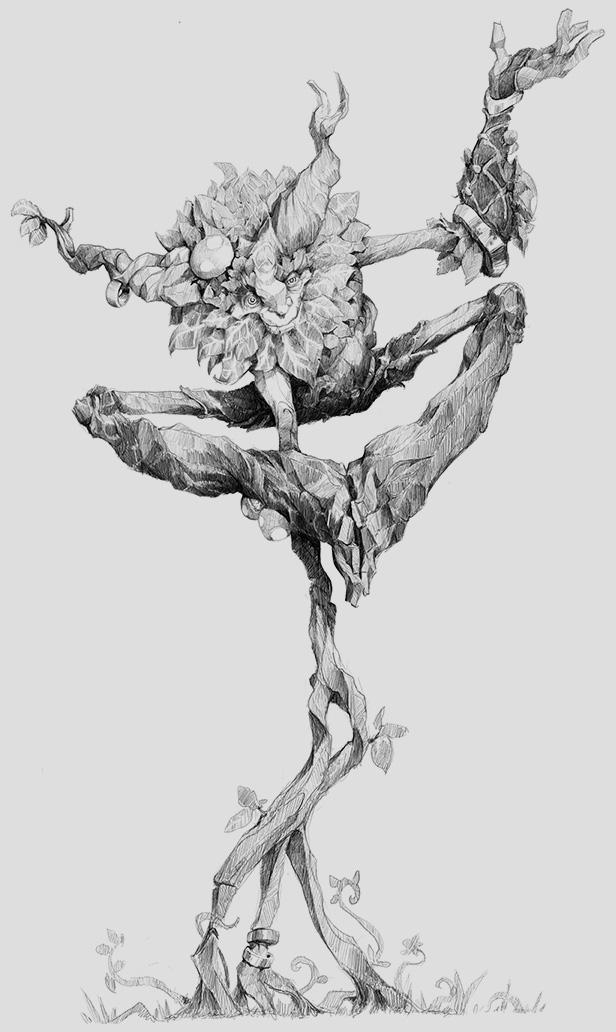 "Oh, hello there!"   He spoke, much to the surprise of his followers, many of which fell to their knees and wept in respect of the very image they served for generations. A priest stepped forwards, dwarfed by the sheer size and majesty of the divine being. His arms extended upwards.   "Birchum, Earthly Father, Lord of the Trees, King of the Plants. We come to you with a plea."   "So it seems! But please, no need for all of the nobility. I haven't seen a congregation as large since the frogs decided to lay all of their tadpoles in the same pond! How can I help?"   "We bring before you a creation of our own - The Entaflorians. They are vital to us in far more ways than we are capable of describing. When they hurt, we hurt. When they suffer, we suffer. We beg of you to give them joy, mirth, existence...all gifts that many take for granted. They deserve to live, and we ask of your benevolence unto them."   Birchum paused, giving a pensive stroke of his plant like beard...His eyes sweeping over the interspersed, nature crafted Florians that stood dutifully by their creators. Time seemed to stand still, as breaths were held...Ever hopeful.   "This can be troubling. Life isn't something to simply create, you know. An extra bird means less space for nests."   "You are wise and ever correct. However, we stand resolute. They have sacrificed for us...Repelling invaders, tending to our sick and wounded, nourishing our homes and lives. They are our family, and we would like for them to live as our family does."   "Well if you told me this would happen a few centuries ago, I wouldn't have be-leafed you! Haha, but yes...It seems you're quite serious about this."   His, normally jovial, face took a somber turn. He spoke,   "Unfortunately, life is not easily given. Essence flows in all things...And we'll need to account for their growth. I'm sorry, my friends, but for your new friends to be made to live...I'll need to cut your lives quite short."   A sobering proposition as Elves, originally, lived well into the thousands of years...Some as old as over five thousand. They would not be able to cultivate as much as they had in one life, and family members would have to be cherished even further as they could not be expected to last as long. There was a stifling pause for consideration...A few even standing and exiting, refusing to speak out...But also refusing to abide the lives of their future ilk being cut short. Yet a majority stood resolute.


"We give our lives lovingly and willingly to our family already, and the Entaflorians are no exception. We accept so that our new brothers and sisters may live freely as all of your creations should."


"So be it."   Birchum spoke, and with his hands extended, essence poured freely in the form of tiny bouncing, golden lights, surrounding the new beings, and from Elves, it poured in an ethereal stream from their ears, eyes, and nose...A soft, verdant green smoke that infused the lights to larger and more grandiose sizes. It was essence, and it was being brought to their creations. The Elves that lived that day were allowed to live out the rest of their life prior to the sacrifice, but their young would be faced with the new, drastically shorter lifespan.   It seemed all the more worth it, as the Florians, now able to love, feel, and exist as humanoids and not simple constructs, stood tall by their saviors' sides, stalwart allies and friends to the end.
Religious/Deity Myths

Very well written once again. Very interesting story you wrote there, with all ins and outs of this species that naturally merge within your universe. Also a good job on formatting, you definitely improved. You might want to [ justify ] it all. It looks particularly good on long texts, even with small paragraphs, and many people prefer to read it justified rather than standard. Keep up this good work !

I took your advice about the 'Full Footer'. Now what is justifying? As in what will it do for the formatting?

It aligns both sides of a paragraph by extending the spacing between words. The best would be to test on a paragraph, that will become obvious ^^

I just did a test and it works really well. I approve. You said I should justify the whole thing, correct? I'll run some checks. Thank you for the advice.

OHHH Birchum, you are slowly becoming one of my favorites. they come to you in dire need and youre just like, OHHH hi! i love it. i didnt read this one actually and im glad you pointed it out. its very well written and i agree having it all in one article would have injured it more than anything. your dialogue flows very well. believeable and its kind of how i imagine birchum would be. Very nice, course i expected no less.