A Story of Beginnings - Ch. 1 - The Giver and the Taker

In the beginning there was naught but stifling darkness, only darkness and beings that wandered, unseeing, unfeeling, and ultimately lost. The void and these wanderers were all that began and all that were for the longest of time.   Eventually they began to seek purpose...a reason for wandering and existing, and among these individuals, one found purpose in giving. They would extract pieces from the void around them as well as parts of themselves, to craft little lights that they hung in the sky, some larger than others. They would craft small weaves of colors and interlay them with these lights. But their passionate project were these little balls...floating marbles hung in the void, containing different surfaces, colors, or even properties.

But ultimately, they were empty.   They had so much to give and gave freely, but had no one to share their talents with and to marvel at their creations. Fortunately, they weren't the only one to find purpose.   Another such entity found no greater pleasure than taking. They would pull pieces of the void and marvel at its makeup...compare it to the rest of the empty canvas. They even would take parts of their body and hold it before their very eyes, taking pleasure in holding it, cherishing it, and loving it. Yet after eons, their greatest discovery was a vast field of lights. Small, floating orbs that twinkled in the void, occasionally wrapped in blankets of color. It was these sights that delighted them the most, so much they began to pull them into their own body, creating constellations and formations over their surface. So enraptured by the sights that they did not notice the Giver following, curious, nervous, but most of all, satisfied.

These thoughts and feelings weren't just new to the Giver, they were new in its entirety. They became aware, but more important, aware of themselves, and this awareness intensified their purpose. They began to craft. This little ball had to be the most impressive. It had to be their greatest work. 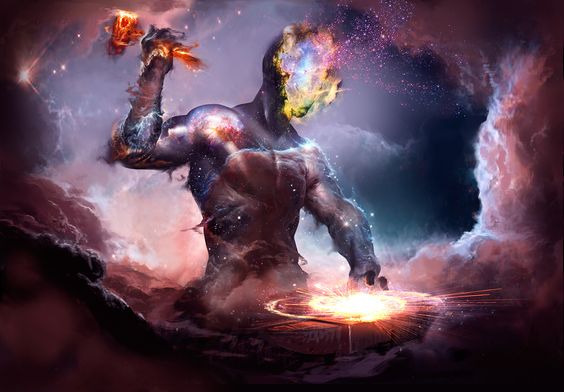 After a long period of time, the Giver approached the Taker and offered their masterpiece. The Taker had met someone willing to indulge them. Willing to create. They now had a purpose, much like the Giver, and now they could treasure and cherish their gifts. For so long they held their gift, taken by its majesty...But this gratitude only spurned the Giver forwards. Inspired by their gratitude, the Giver began to craft more, this time localized on their greatest purpose. The ground was pinched and lifted to create mountains, decorating the surface of the little ball. Shaping their essence to something new, water was poured over the ball, and as liquid is oft to do, filled the lowest points of the world. However, being that it came from the very existence of the being, everywhere the water washed life began to spring. Grass formed, trees grew, and even animals took shape, small at first, and then larger. Even as grand bodies of water formed and settled, the little droplets of being that floated began to form aquatic life, swimming about, growing and existing.   This development was surprising to both, but light was needed to examine and appreciate all of the intricacies and detail. The Giver began to pull lights from nearby and meld them together in a larger, warmer, more radiant orb, and the Taker, now able to further appreciate the efforts, placed the world onto their finger made of void and slowly rotated it about the light, constantly surveying the terrain. With this, they settled close together to watch for centuries at the new creation.

"These creatures are wonderful, but I care for them so. Perhaps a creature can be there to watch over all of the other creatures?" -The Taker

And the Giver made it so. From their very core they pulled their most precious essence and used it to sprinkle onto the world, forming little beings that stood on two legs and walked upright. The animals existed alongside these guardians and for eons, never changing.

Two entities lost in the endless void find purpose - The Giver, in creating things and giving them to others, and The Taker, in cherishing and taking things. Inspired by newfound purpose and meeting one another, The Giver creates Ayn and some of its inhabitants, and the Sun.

Date of Setting
In the very beginning of Ayn. 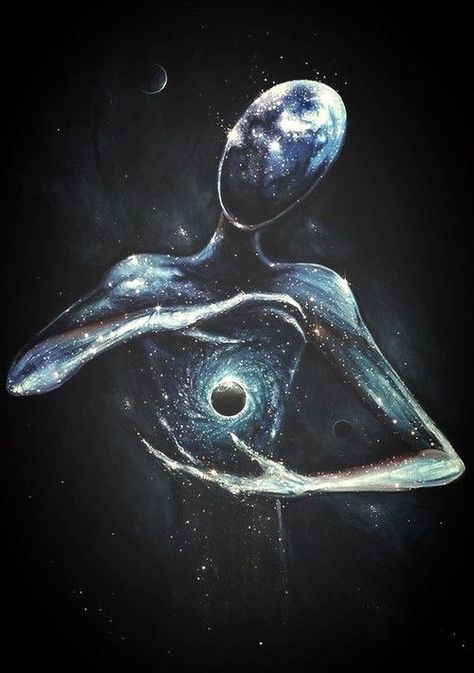 Remove these ads. Join the Worldbuilders Guild
Religious/Deity Myths
A Story of Beginnings - Ch. 2 - On Matters of Beginnings and Ends

This is beautifully written my friend. It takes a very abstract thing and makes it vivid while not overly detailed. I feel detail would have ruined it. The pictures are more than enough to give us the picture we need.   The way it works as a creation story is fantastic. Its something I consider unique. Not many use this literal celestial imagery I picture in my head with the help of your images. Are these your artworks? If not identify love to see credits cause they are fantastic! Excellent job man.

Thanks for the comments. This is definitely a labor of love and I really wanted to nail it. The art is not my own, and I can't find who to give credit to (I normally give credit in art).   I was worried I was going into too much detail, but it's good you think it's not overly so.

Now ur good. have you tried reverse image searching? It may help. u definitely nailed it.

I did a search and couldn't find it for either of the pictures. I'm sorry.

no problem man! it happens. =]

Also a side note I forgot to mention! So sorry, but the relationship with the giver abd the taker is quite special