Don't let her outward grace fool you... she will take your head from your body if her Queen demands it as was proven when she did so against the Captain of the Ventu Bay Terrors.
— Alicia Ravenwood, Historian

Darya Silvermoon, or The Silver Sailor as she is known on the high seas, hails from the Queendom of Lunaria. She gained most of her renown for the defeat of the Ventu Bay Terrors, and for her role as one of four captains in the Pneuma Expedition- and among the three who saw its conclusion. Those who know her personally describe a fiery soul beneath a calm, disciplined composure- the only tell being the fierce look of her silvery eyes.   Her range of skills included a mastery of archery and some proficiency with the blade. Given the choice, she would prefer to engage at range and so her tactical inclinations developed accordingly. She was also proficient at sailing, though strangely enough never at fishing (despite many attempts). She also demonstrated an artistic side through writing several poems after her time in the Pneuma Expedition- some of which have been featured in three widely discussed compilations.   As for the Silver Sailor moniker, it is due to the distinctive silver adornments of the Vuorovesi which set that ship apart from other seafaring vessels.

Yeah, I heard about the Terrors of Ventu from a few visitors. It sounds to me like overplayed their hand and payed for it.
— Marda Seafoot, Fisher

The Silver Sailor earned renown in hunting down a highly active and dangerous group of pirates preying upon traders traveling through and around the Fractured Coast. It is said that her victory was made possible due to her forging an arrangement with the undersea peoples of Ventu Bay, the Siekta. It is through this arrangement that she was able to launch a two-pronged offensive against the Ventu Terrors, which resulted in the location and destruction of floating island fort. Per the arrangement, the Siekta kept the town and Darya the surviving prisoners- including the head of the Captain of the Ventu Terrors. This head she brought to her Queen as proof of her success against the pirates.

While she considered herself to be loyal to Lunaria, she did not agree with how the country was handling its affairs abroad the continent. She believed that the way forward lies in exploration and setting down roots in other lands beyond building a defensive alliance as had been the case on the Quassus Continent. To help prove her point, she joined Amaya Pneuma on her around the world expedition and made sure to account for every encounter with people and resources. The journal she kept is said to be held in Queen Shava Lunaria's private study as of the year 1277. As for what she does in the present day? She is on a secret quest for the Queen and that is all the rumors say. 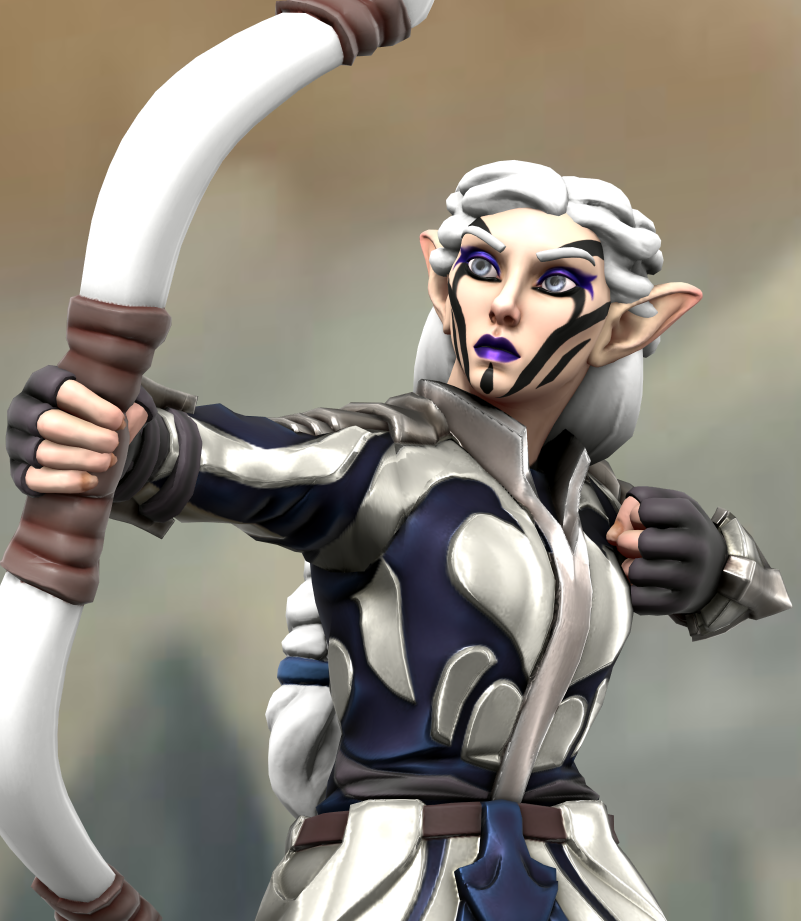 "Silver Sailor" is a very apt name. She loves wearing anything that even resembles silver. It's a wonder she is never the first shot during any sea engagements. - Archivist Tharivol