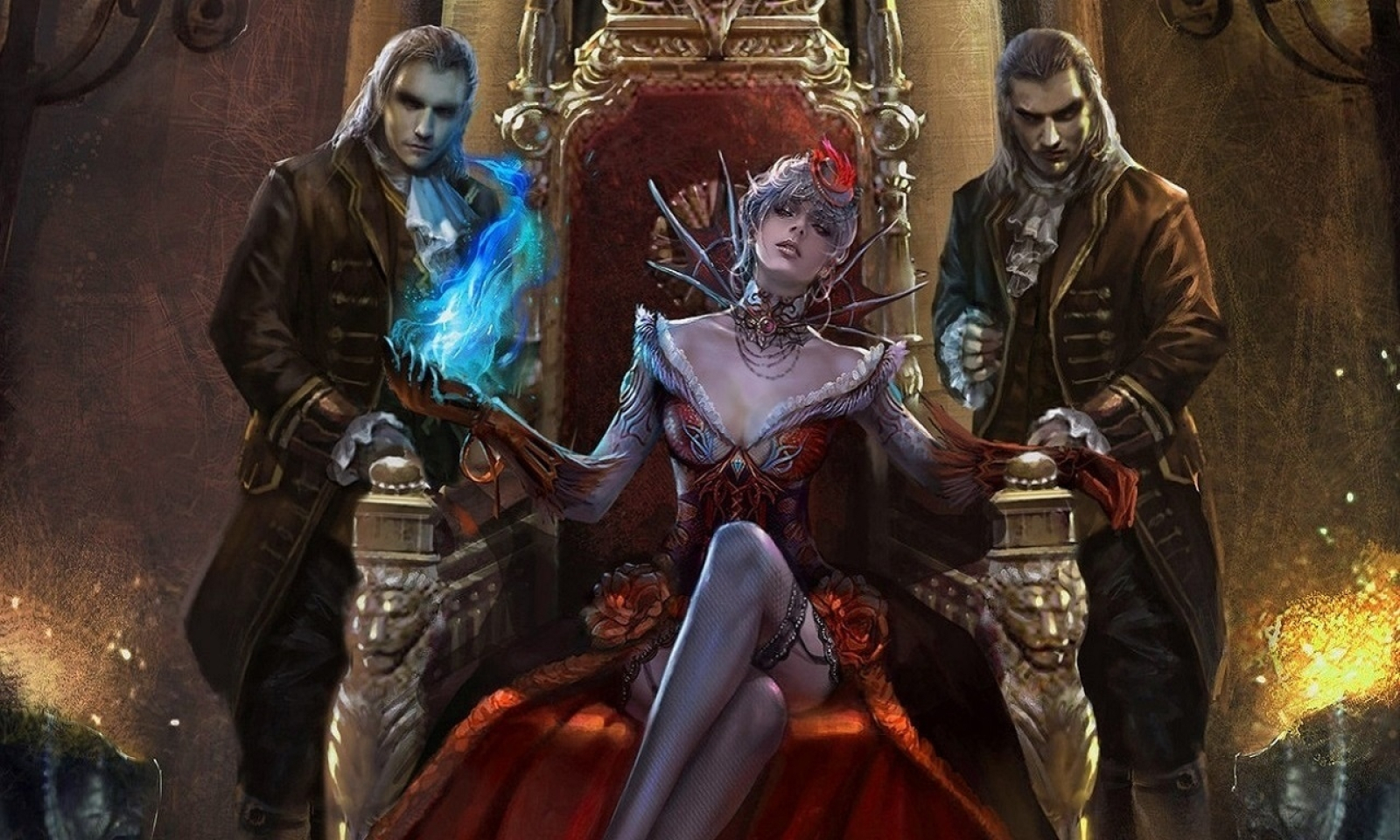 The vampires of Aurelimoore form a civilization that stands alongside and in direct competition with humanity, presenting the greatest danger to humanoid life on the plane. Like werewolves, vampires were originally humanoid, and view themselves as superior to the weak humanoids of the realm—even as they grudgingly recognize that they require humanoids to feed upon. Vampires are the embodiment of self-indulgent desire, pursuing hedonistic cravings that civilized denizens of the realm suppress out of a sense of morality and propriety. In their stately manor houses, sprawling courts, and towering castles, vampires show varying degrees of aggressiveness toward their humanoid prey.   Vampirism is an annointing persisting across Aurelimoore, it is perpetuated by blood magics - not a curse or a disease, but physical state thought to be a condition of the blood. Though not an actual curse, the common folke refer to it as a curse of the blood.

A new vampire is created when another vampire drains the blood out of a living creature with its bite, it is buried and rises as a vampire spawn, and then the vampire transfers blood to the spawn. The creation of a new vampire is very deliberate act.

The Unquenchable Thirst. A vampire needs to consume the blood of living humanoids for sustenance. At a minimum, during any given cycle of the moon, they must consume as much blood as an average adult humanoid contains (about five liters). Without enough blood, the vampire dries and shrivels, eventually crumbling to dust. Given the opportunity, most vampires will happily consume more blood than they strictly need. Typically, a vampire drinks so much blood from humanoid that the victim dies, but sometimes the vampire is interrupted and the human survives and recovers. Such survivors are often met with suspicion and fear, but they never become vampires themselves unless an actual exchange of blood has occurred—which is always a deliberate act on the vampire’s part. These survivors are often plagued by unsettling (and sometimes disturbingly erotic) dreams, but they suffer no other lasting consequences. If a vampire exsanguinates all of the blood from a victim and it is then buried, it will rise the following night as a vampire spawn under control of the vampire.

Vampires are feared and rightfully so. They are exceptionally deadly and dangerous. Those that are attacked and managed to survive are met with fear and distrust.
Type
Supernatural
Rarity
Rare