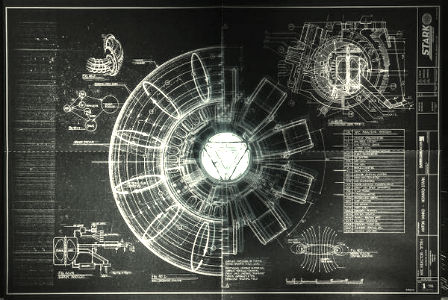 Power core designed as a theoretical model by Lord Howard de Stark and made by Lord Anton de Vanko in the 1970s. However, with the available elements it has been unstable and uneconomical.
Only when Lord Anthony de Stark created miniaturised version in 2008, it became cost efficient. Yet, with the Palladium core it was still unstable enough for mass usage. The discovery of synthetic Vibranium2 isotope in 2009 allowed to make a working prototype used to power Stark Tower. Since then the Stark-Carbonell Industries produced enough Reactors to make it primary energy source for all Atlantans.