Order of the Strix

"The Strix is the symbol of death. It is a cruel owl who ferries the souls of the damned across the border of life and death, dragging them to hell with brutal claws. In every legend it appears in, it sees death coming and appears early. It takes a sort of sick, sadistic pleasure in waiting for the fallen to pass - allowing them to see it as it waits for their last breath. It instills terror in them because seeing the Strix is seeing your fate. Only hell awaits you after seeing the beast. So, pray tell, why would a self-proclaimed Academy have an armed order that bears the title of such a being?"

The Order of the Strix is part of the Athenaeum and as such primarily follows their hierarchy structure, with the primary difference being that the Owls operate relatively independently. Many Owls travel alone and work alone, or in small groups. They are only assembled in a few choice circumstances - early training to become an Owl, and when a danger is high enough to warrant a sizeable response.

Like most in the Athenaeum, the Owls prioritize knowledge but pair it with skills that allow them to face incredible dangers. Part of their reputation comes from the fact that they do not believe in "Dark Arts", but rather consider any studied art that can be done in a controlled and safe manner to be acceptable. However, it is a common saying among Owls that "Nothing is more dangerous than Ignorance holding Power."

The Order of the Strix does not have a public agenda. To the public, they are often seen with suspicion, as they tend to appear around dangerous times and are considered a bad omen at the best of times. Privately, their public agenda is relatively clear. While much of the Athenaeum is Academic, the things they study are often dangerous. The Order of the Strix are mandated to hunt dangerous creatures, aberrations, and retrieve dangerous artifacts. They also serve in an investigative role when something unexpected or catastrophic happens - such as the Burning of Athenaeum Voreios.

The Order of the Strix, like all of their larger group, is ancient. Unlike the Athenaeum as a whole, however, they have not made themselves recluses in the same way. Members of the Order of the Strix have over the years been a part of many major events - including some that have put black marks on the order and caused distrust to rise. On local levels, their actions are generally seen with favor, but tempered with superstitious ideas about monsters and magic - but on larger scales, most leaders see them as dangerous vigilantes who cannot be trusted. 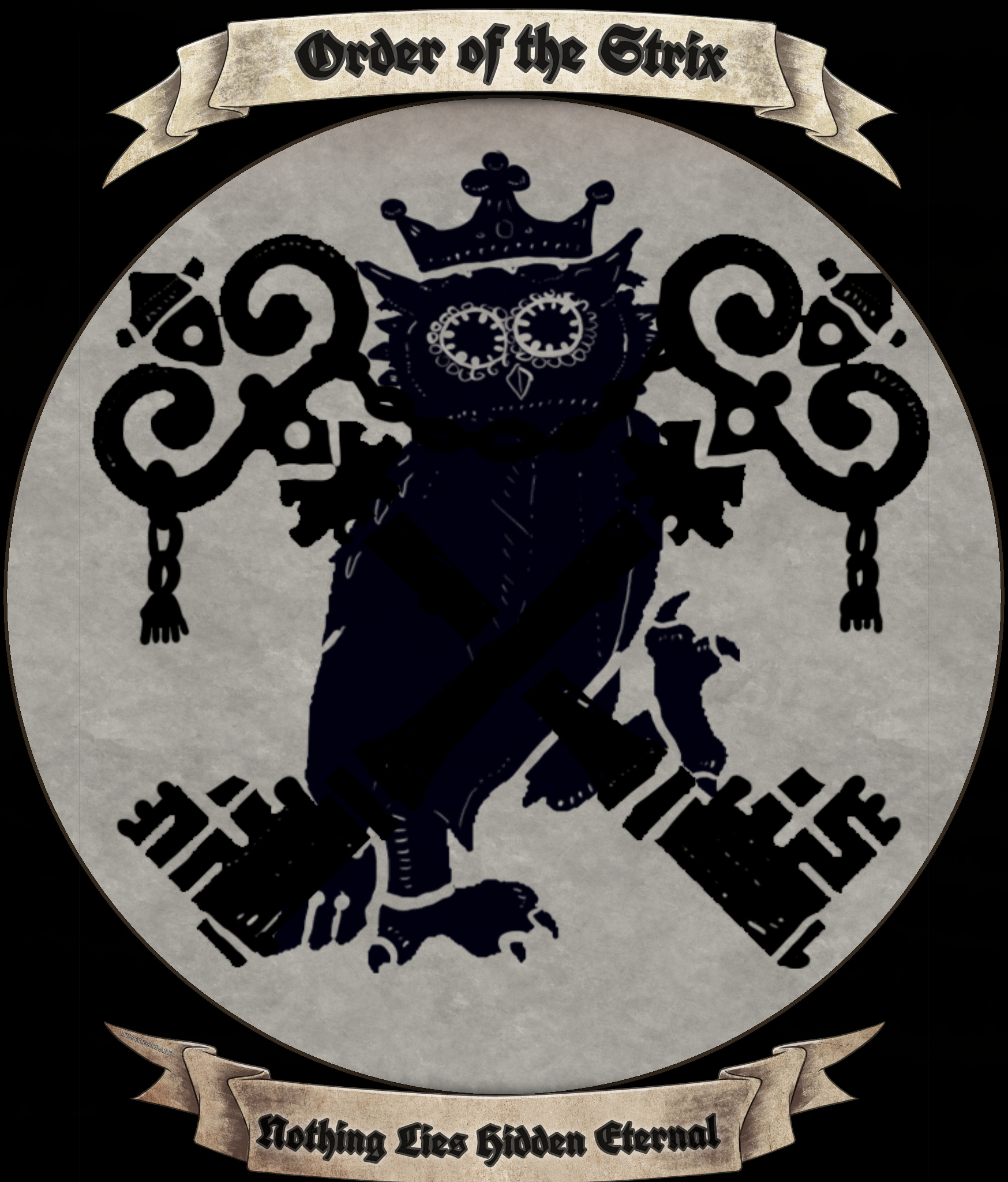