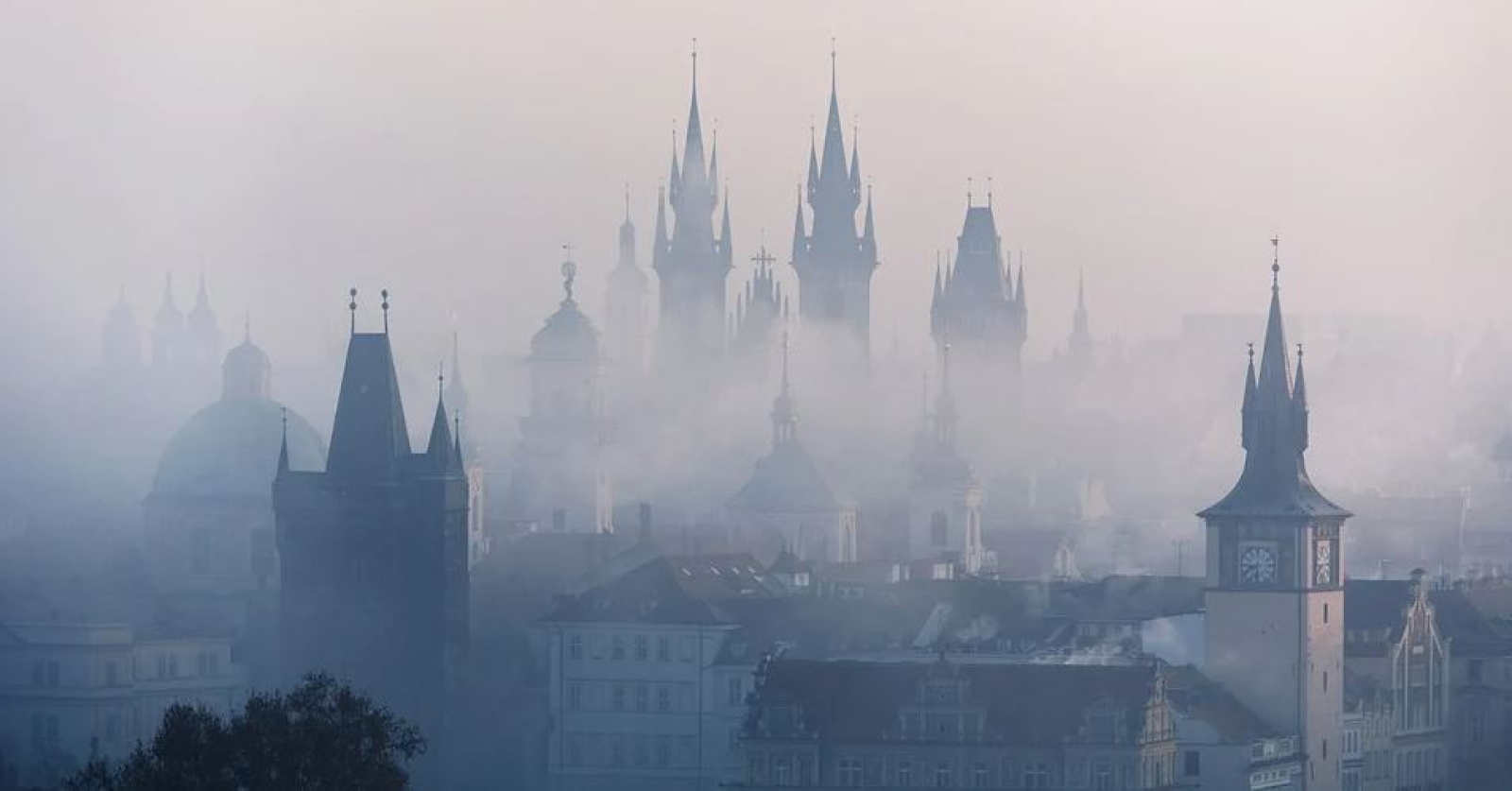 The Great Empire of Malvarron

an introduction to the Empire which conquered Elvara

The Empire of Malvarron is located on the continent of Elvara at the centre of the Astaeri region. It was founded in 1331 AE following The Vanguard Revolution, which brought the previous regime to an abrupt and violent end.

"... the Malvarron Empire stands proud and victorious. Its bloodthirsty beginnings juxtaposed with the luscious, emerald backdrop of Old Elvara. Its leader, our great and powerful commander, Emperor Augustas, is the latest in a long line of revolutionaries in our tumultuous history of war and oppression."   Eldeth Cordell 1355 A.E., The Common Man’s Guide to Astaeria

The Vanguard revolution in 1331 A.E. saw The Duchy of Tarryn fall under the control of the revolutionary might of General Augustas Malvarro and his allies.   Upon the downfall of the Duchy’s capital, Revaelor, General Malvarro declared himself ruler of a new and glorious empire.

"This new land shall be named Malvarron, as a reminder that even a boy born in the slums of the Wallows, a boy like you, can grow to lead our people to freedom, justice and prosperity.   We are no longer a land subject to magi puppets and idle nobility. We are a proud people and we will never surrender our way of life to those who seek to harm us. We will build an empire, and we will take back that which our ancestors were forced to renounce...’   General Augustas Malvarro, 1331, an excerpt from the coronation speech 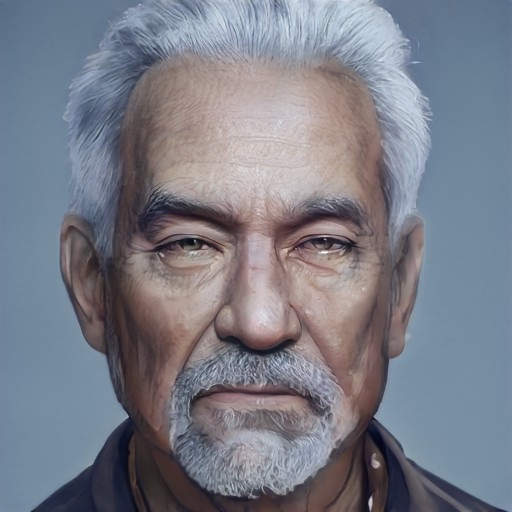 At his coronation ceremony, Malvarro had Duke Emanuel Tarryn publically executed along with military officers, nobility and members of the political class who refused to bend the knee to the new emperor. Only a few fled the city to horizons unknown.   Years of military expansionism followed. The once autonomous city states of Elvara fell to the might of the Malvarri military. Malvarro had seized Bridgeport and Tullis Island after the Duke’s surrender, but by 1382 the Empire also controlled, The Dwarven City of Ironheim, Grayspire, Littleton On-the-Moor, Springbrook and Whittlebay.
Astaeria 1405 AE
Open full size
Astaeria Post-Vanguard Revolution

The Emperor is an absolute sovereign responsible for making the Empire’s laws.   If he so chooses, he may consult with members of his Kamrala, or even with outsider organisations such as the The Congregation of the Eternal Mother or The Merchants Federation in order to make an informed decision about these laws, however, this is subject to his whims.   Any laws passed or approved by the Emperor are written into the historical record by the scholars of the Presidium.
The current Emperor is Lucianno Malvarro, the middle child and second son of Augustas Malvarro and his wife Queen Mira. Lucianno rose to power after the assassination of his father and brother Aurelius in 1381 A.E.   With the Empire being an inherently patriarchal society, it is unlikely we will see a woman fulfil the role of emperor any time soon. The line of succession is determined by descent, sex and legitimacy, with a bias towards the masculine side of the Malvarro family tree.   Wives of the Emperor hold the title of Queen, though currently there is no one with that name. Lucianno had his 2nd wife, Queen Elora, put to death in 1389 A.E, because of her perceived involvement in the assassination of his father. He has yet to remarry, though he has four surviving children.

The line of succession in the event of Emperor Lucianno’s unfortunate demise:

The Empire’s success hinges on the support of the military. This need for loyalty extends to all three sectors of the Emperor’s army: The Vanguard, The Crimson Order and The Black Cloaks.
Without the support of the army to suppress resistance within the empire, the Emperor’s position would be tenuous at best. As a consequence, soldiers are amongst the highest paid individuals in the empire.

Current leaders of the military:

The role of the nobility

The relationship between the Emperor and the nobility is complicated.   Augustas Malvarro rose to power, partly because of his anti-noble sentiment. He promised an end to inequality, with only the most worthy rising to the top of the political ladder. However, the allies who had done the most to assist him in the seizing of the crown were all from the noble houses of Cantrell, Halshan, Fryth and Wilwood, and they demanded a reward for their troubles.   A clique formed known as the Kamrala, and the four Lords presided over meetings which all nobles who accepted the rule of the Emperor were allowed to attend, therefore giving the nobility undeniable influence over the Empire's legislative matters.   This, along with the immense wealth he had seized from the Duchy and failed to distribute as promised, lost Augustas’ support amongst the lower classes. But with the army suppressing resistance, it was too late for many to rise against him. 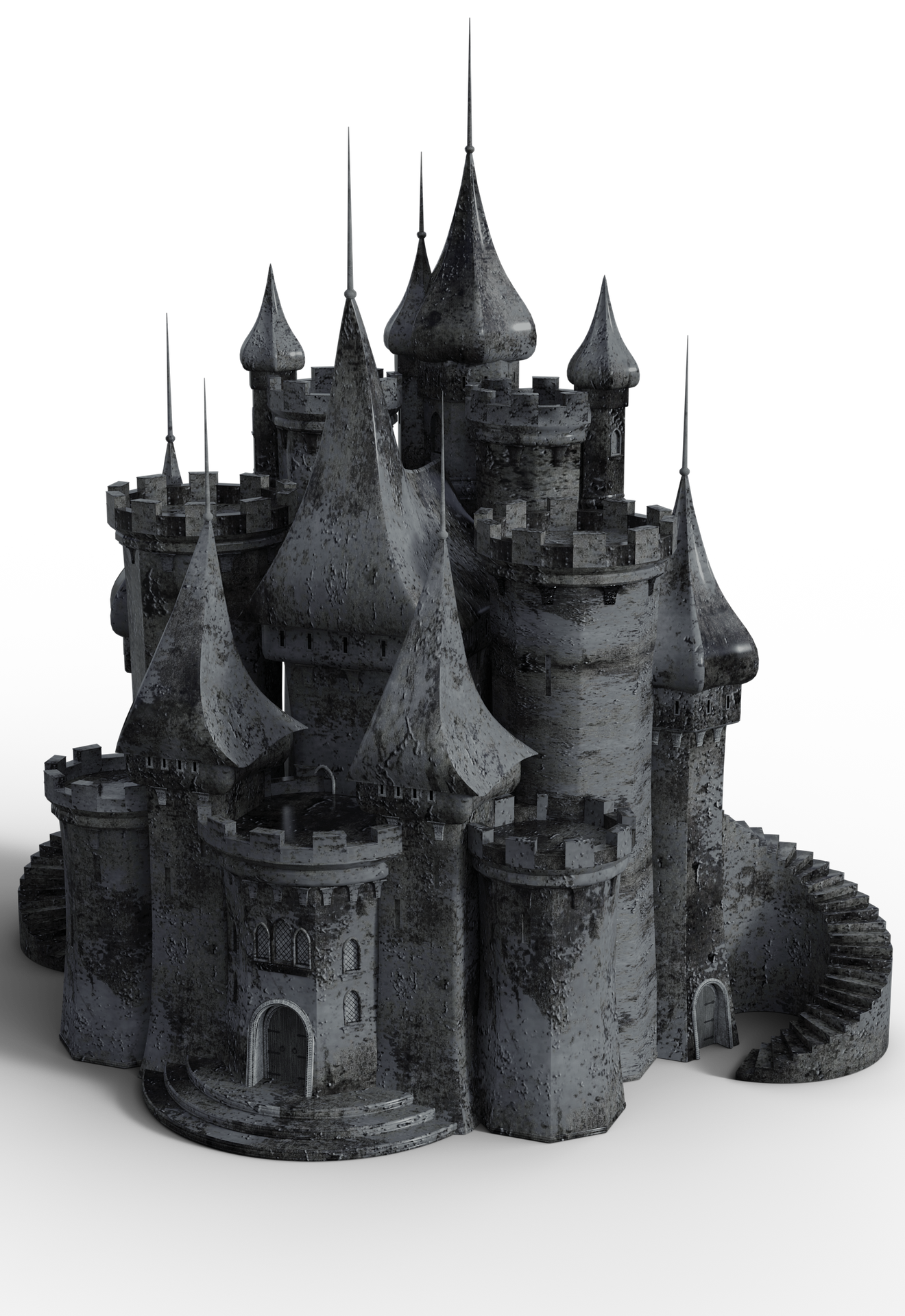 by Noupload (edited by G.M. Hartill)


In the capital, most judicial matters are overseen by the The Black Cloaks who handle the arrest and subsequent trial of all individuals suspected of breaking the Empire’s laws.   In the occupied cities, law and order is managed by The Vanguard. The ‘Court of the Marshal’ oversees criminal trials’ with the highest ranking officer available in the jurisdiction to preside over as judge, jury and executioner.   There have been rumours circulating since the establishment of the empire regarding a secret branch of the Vanguard known as the Unseen/The Cognizant. 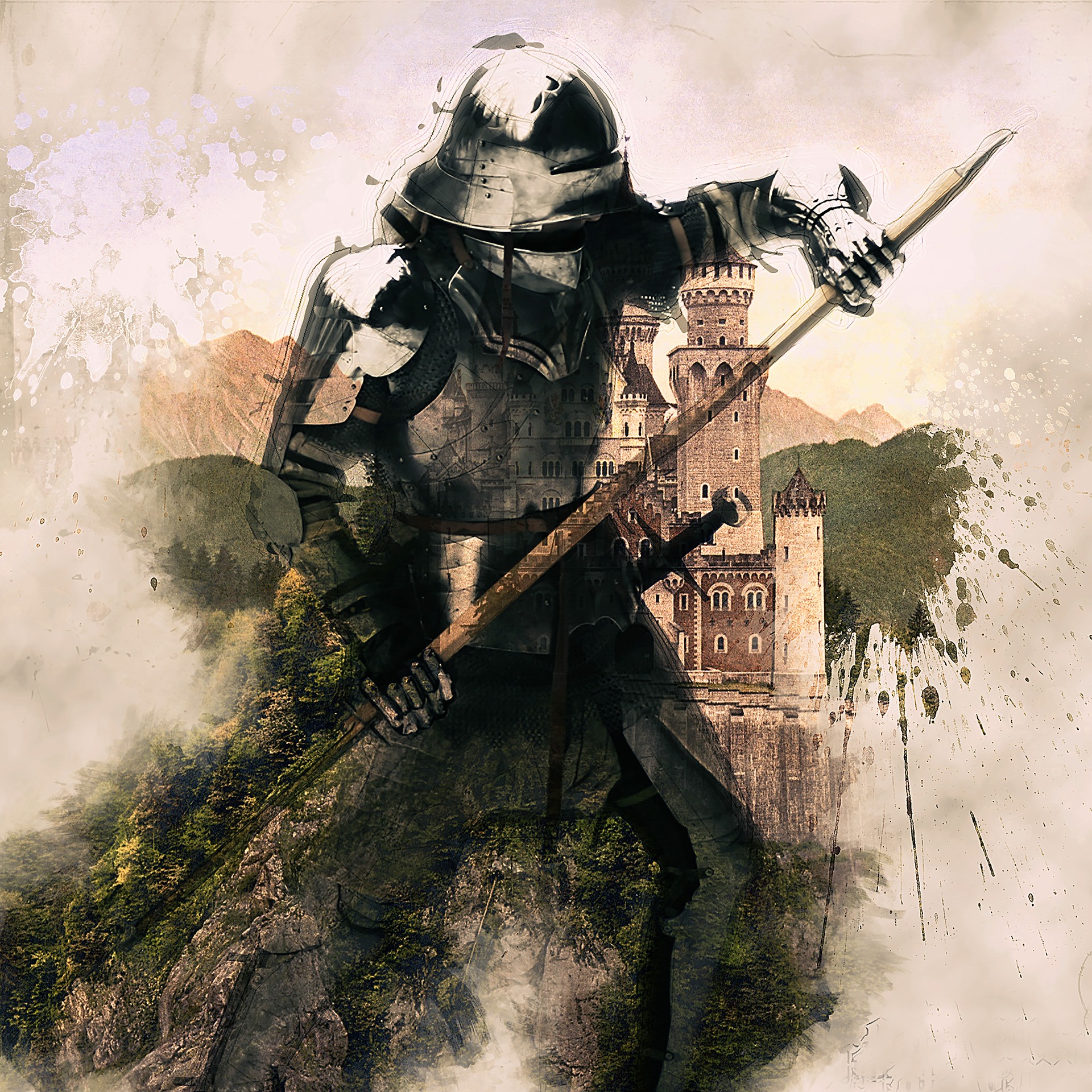 by ArtTower
According to underground circles, they are charged with ‘collating intelligence’ on underground resistance movements. They are said to be ruthless in their endevours, and great utilisers of unethical methods of inquisition, including torture. However, little solid evidence is known about them as those who are taken away during night time raids are either never seen again or sworn to secrecy.

Any citizen wishing to use magical power, either themselves or through the use of an object, must have a licence approved by the Emperor’s Office for Magical Regulation. The empire will deem adults who continue to practise magic, or those discovered with a magical item without an appropriate licence, to have committed a crime.   You can find out more about Magic and the Empire here. 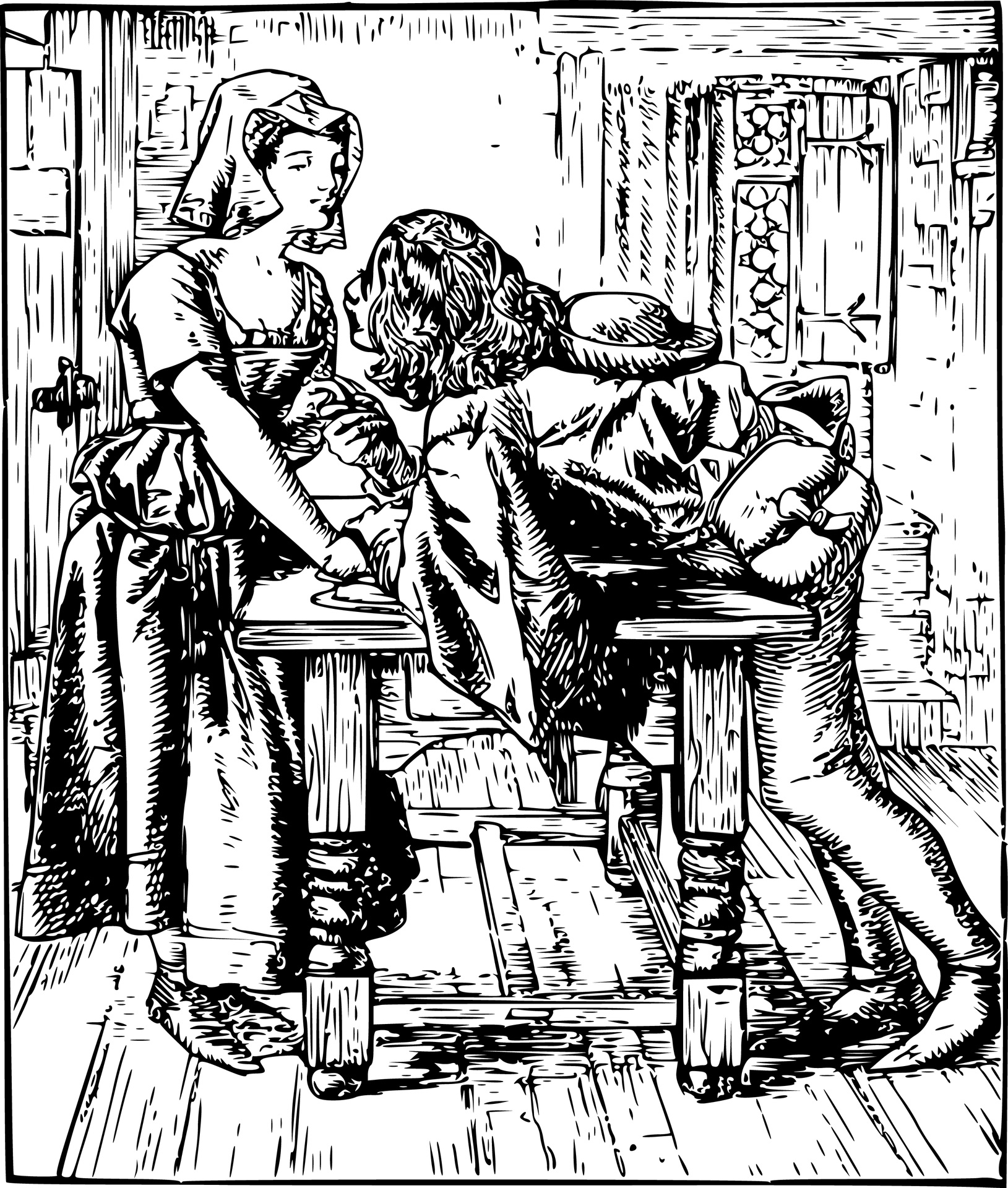 Casual Peasant Woman by Jo-B
The juxtaposition of nobility and peasantry within the Empire ensures a sizeable gap between the rich and poor in a feudal economy.   Peasants work the land owned by the nobility, where they are often charged with meeting certain quotas for goods collected or services rendered. In return, the nobility provide basic housing and rations. It is very rare for a noble to pay peasants with currency, except for household staff on large estates.   In the cities and towns, apprenticeships are common, however, they are often reserved for members of the merchant class, ensuring very little social mobility. Most apprentices begin their training at the age of five.   Mercenary work is popular with fighters who, for one reason or another, do not belong to the military class.

Since the Long Drought, the climate of Elvara remains temperate for most of the year, and the empire is shielded from the harsh winds of the north by the Jagged Mountains. This allows the vast production of agricultural goods, some which are exported to The Ember Isles and Kuldrith, which have harsher, more extreme weather. This includes crops such as wheat and barley, livestock and fruit/vegetables.   The continent is gifted with an abundance of precious metals such as iron, gold, copper and silver. Jewelry and weaponry are common trading goods, along with lumber from the The Elvara Forest and herbal remedies.

The common currencies in the Astaeri region are gold, silver and copper pieces. Sometime palladium and platinum are traded amongst nobles with significant wealth.   In The Kingdom of Kuldrith iron is also a common currency, with iron pieces having a similar value to copper. Therefore, Iron is also a valuable commodity in the The Dwarven City of Ironheim and in trading hubs such as Bridgeport   Of course, many people in the Malvarri Empire do not have the means to possess precious metals. Bartering amongst the poor is a common practice, with many trading services for goods and vice versa. Serfdom is common in farming communities, with peasants trading labour for a place to stay and bread to eat.

Opinions of Malvarron from the surrounding kingdoms have become somewhat unfavourable over the last seventy-four years, arguably because of the tumultuous nature of Elvaran Politics.   [Click each button below to find out more]   The Kingdom of Errolone
It would be reasonable to say that Errolone and Malvarron are ideologically opposing nations. Malvarron heavily regulates magic whilst the Erroloni champion it as a symbol of power and divine blessing.   Since the birth of the empire, diplomacy with the Elven Kingdom has been eroded by Malvarron’s anti-magi politics and Lucianno’s military expansion into the west of the Elvara, including the consistent felling and ‘taming’ of the ‘holy’ wilderness in the area.   As a result, diplomatic relations are virtually non-existent, with very little trade occurring officially. It should be noted though, that independent merchants and traders are free to travel between the two nations to sell their goods, though this is not sanctioned by the heads of states of either nation.
The Ember Isles
Relations between the Empire and The Ember Isles have been erratic over the years.   From the suspicion of the Embari, a de facto alliance was formed in 1367 AE, with the marriage of (the then) Prince Lucianno and Elora Vegara, the niece of the Embari King - Tiber Linell.   However, when Lucianno had Queen Elora publically executed in 1389 AE, for her alleged part in the assassination of Emperor Augustas, relations took a turn for the worst. The Emperor is no longer welcome on the islands.   Despite this, the Ember Isles remain Malvarron’s largest trading partner because of their geographic proximity and diversity of trading goods.
The Kingdom of Kuldrith
Following Malvarron’s occupation of Ironheim because of the Five-day War in 1334 AE, political relations with The Kingdom of Kuldrith have been somewhat strained.   Kuldrith is a land of proud people, with deep cultural and historical ties to the dwarven people of Ironheim. The oppression of their brethren by the Empire does not sit well with the Kuldrithian people or their King - Mithas Bronzehammer, the cousin of the late King Merron of Ironheim, who was murdered by the Vanguard during the war.   Whatever Lucianno’s expansion plans, the Kuldrithian army is notably strong, with units far more specialist in their approach to battle than the Vanguard. It is unlikely a full-blown war will exist between the two nations any time soon. 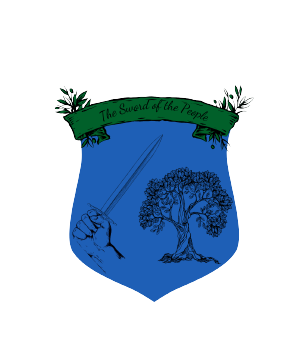 The Sword of the People

The Major Cities and Towns of the Empire 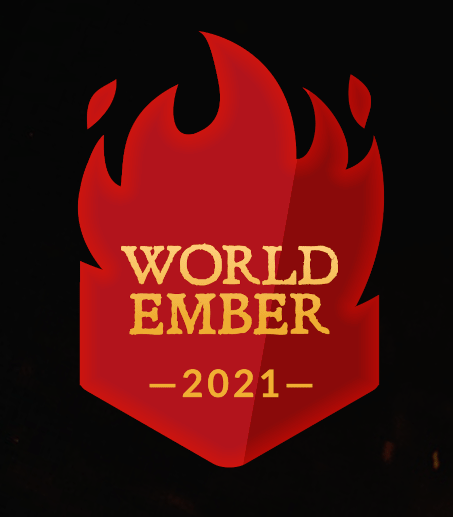 Aw thanks sweet bean, thanks for taking the time to read & comment :)

I like the various maps and organization chart. You have it all linked together!

Thanks George for taking the time to have a read! Desperately trying to organise my world better so that it's easier to navigate. Have lots of plans and not enough time! :')

Such a very well structured article, Love what you did with the breakdown of the miltary and the leadership of the empire, Love the map and the artwork!. Overall a fantastic article

Thank you! And thanks for taking the time to check it out :)