Silas is a studious man by nature and his time spent researching and perfecting his magic has had an effect on his physical state. The dark energies he wields, while keeping him alive does not come at the abundance of life Silas is at present always at the line between life and death

Silas specializes in necromancy having devoted centries to mastering the outlawed former School of Magic but like many other spellcasters, Silas is knowledgeable in the other Schools of Magic as well.

Silas as he prefers to call himself now was once a high Mage for the elven courts, a prosperous man who wanted for nothing. Happily married for over a century and expecting a child he and his wife lived in comfort and bliss eager to welcome their child into the world. However, their happiness didn't last as a human raid on their city home left many dead or captured, Silas was forced to watch as his wife and unborn child were cruelly taken from his world snuffing out any remaining light left in Silas's heart. Raining death and fire on those who assaulted his home Silas killed every last human that invaded before locking himself and the body of his wife in his research tower. Nearly twenty years later Silas emerged only to bury his wife in a crystalline tomb beneath his tower and strike his name from the book of names forcibly exiling himself from both his home and his past. No one knew what Silas did in those twenty years hidden away inside his tower and no one knew what Silas would do next, save only for himself and his demons. Some say they witnessed Silas many years later cloaked in shadows and pain, but they were never sure all the accounts differed save one chilling fact, where ever Silas went death and ash followed in his wake.

Trained in magic from an early age

Became a high ranking wizard at the young age of 120, Eventually earned a title becoming one of the oldest Titled Magic Casters.

Silas watched as his family died and his home burned, he is deeply afraid of connecting only to lose everything once again

The ends, with enough reason can always justifiy the means at which we achieve them.

To resurrect his lost wife and child through any means necessary 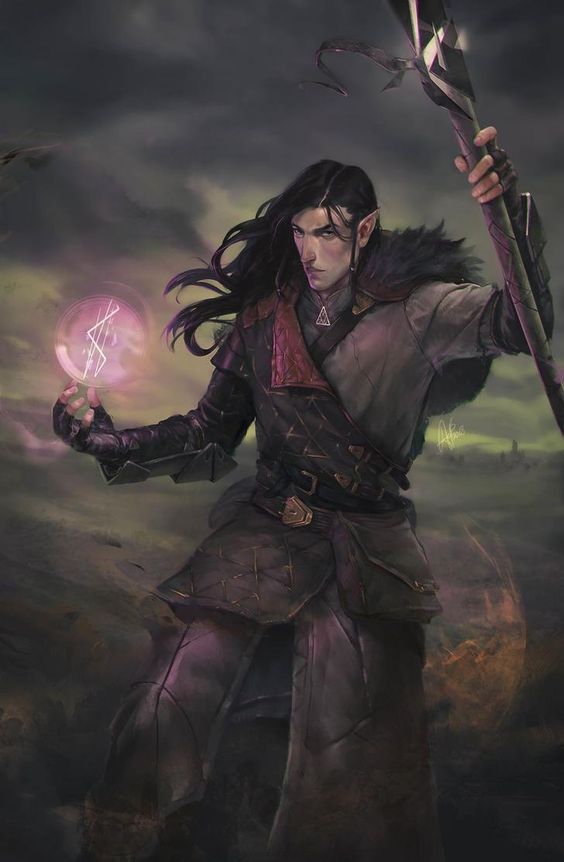