Stolisi is the generic term for the native inhabitants of Stolis Island, though in the past it was used to describe the natives of Grace Island as well. The specific Stolisi tribe, from whom the name derives, were native to the eastern coasts of Stolis and Grace, and the Grace branch was responsible for ferrying the Divinitians across the oceans to safety.   There were an estimated 20 language groups and over 100 tribes of Stolisi in the 7th century. In the modern day, 4 Stolisi languages are formally recognised and around 15 tribes. The number of Stolisi vastly diminished from marrying foreigners, disease, and extensive overwork during the reign of Divinice. Today, they are mostly found within Stolisia, though a notable diaspora exists in southern Santonia.

A common system is to use both of the parents names as a surname, with the suffix 'i'. For instance, should Anna and Mihail have a daughter named Thalia, her surname would be Anni Mihaili. In cases where only one parent is known, then only one name will be used. Mother's name always takes precedence. In modern times, many just pass down a surname from parent to child, typically matrilineally.

A plain tunic is a very common outfit, which is then embroidered with achievements and milestones in the form of stripes of colour. A child's tunic will only have a red stripe to symbolise their birth and newness, and only in exceptional cases are any other stripes added. Those who are exiled from a tribe will often have their 'stripes stripped', symbolically shown by burning the tunic.

When a child comes of age, they are sent to a house to live on their own for a full week. In that week, they are expected to look after themselves and produce a sign that shows that occupation they intend to pursue. Upon leaving, this sign will be presented to the village chief, who will determine if it is of high enough quality. If so, the child is given brand new clothes that mark them as an adult, and are escorted to their desired place of employment by friends, family, and future coworkers, where applicable. 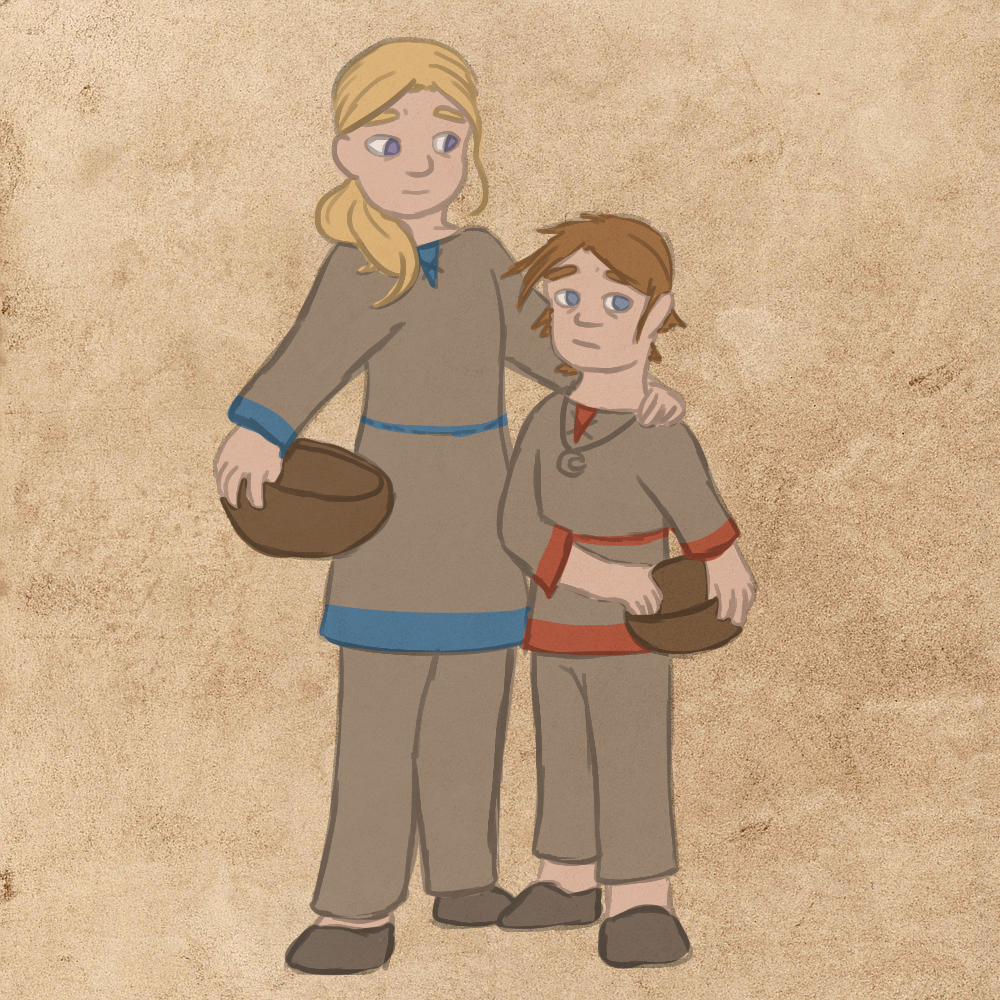 A Stolisi mother and her child, in the 11th century.
Culture