Stolis Island is the most diverse of the Losiné islands, experiencing both polar tundra and tropical savanna and many things in between. The southern portion is divided into east and west by the Varris Mountains. Grace Island is located not far to its north-west, and many smaller islands sit not far from its shore.   Stolis is home to two countries, Divinice and Stolisia, and has historically been the home of the Stolisi for at least 4000 years.

The northern tip is characterised by wide plains and lush fields, and is home to the Divinitian port city of Amanta, as well as Black Lake, the largest lake in Divinice.   The further south you travel, the more rugged the terrain will become, reaching its peak with the Varris Mountains, which bisect the southern half of the island into east and west. These mountains are among the tallest and most mineral rich in Losiné.   The east experience cool summers and mild winters but with a fair amount of rain, and is home to the ruins of the city of Kysra, as well as the vast Relyn River system that brings water from the coasts.   The west is slightly drier but also slightly colder, and is home to the capital of Stolisia, Kaisamere, as well as the largest lake in Losiné, Trules Lake, and its sibling, Cefina Lake. 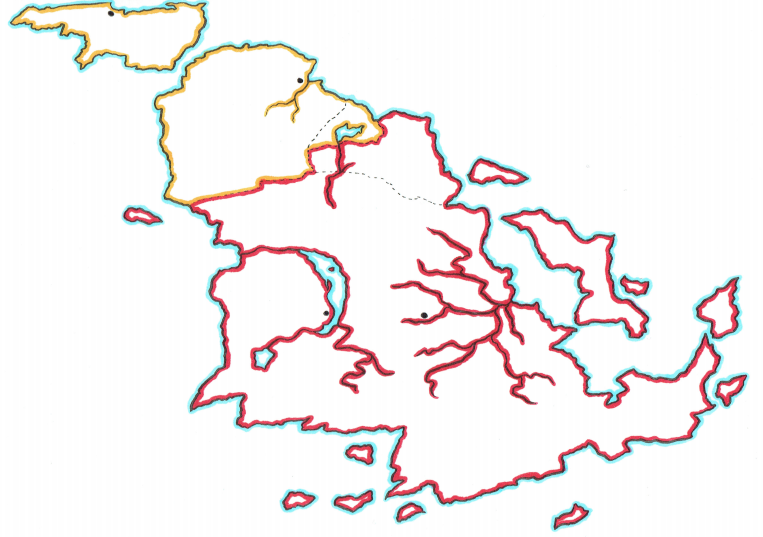 Stolis Island, with the northern Grace Island and the many smaller surrounding isles