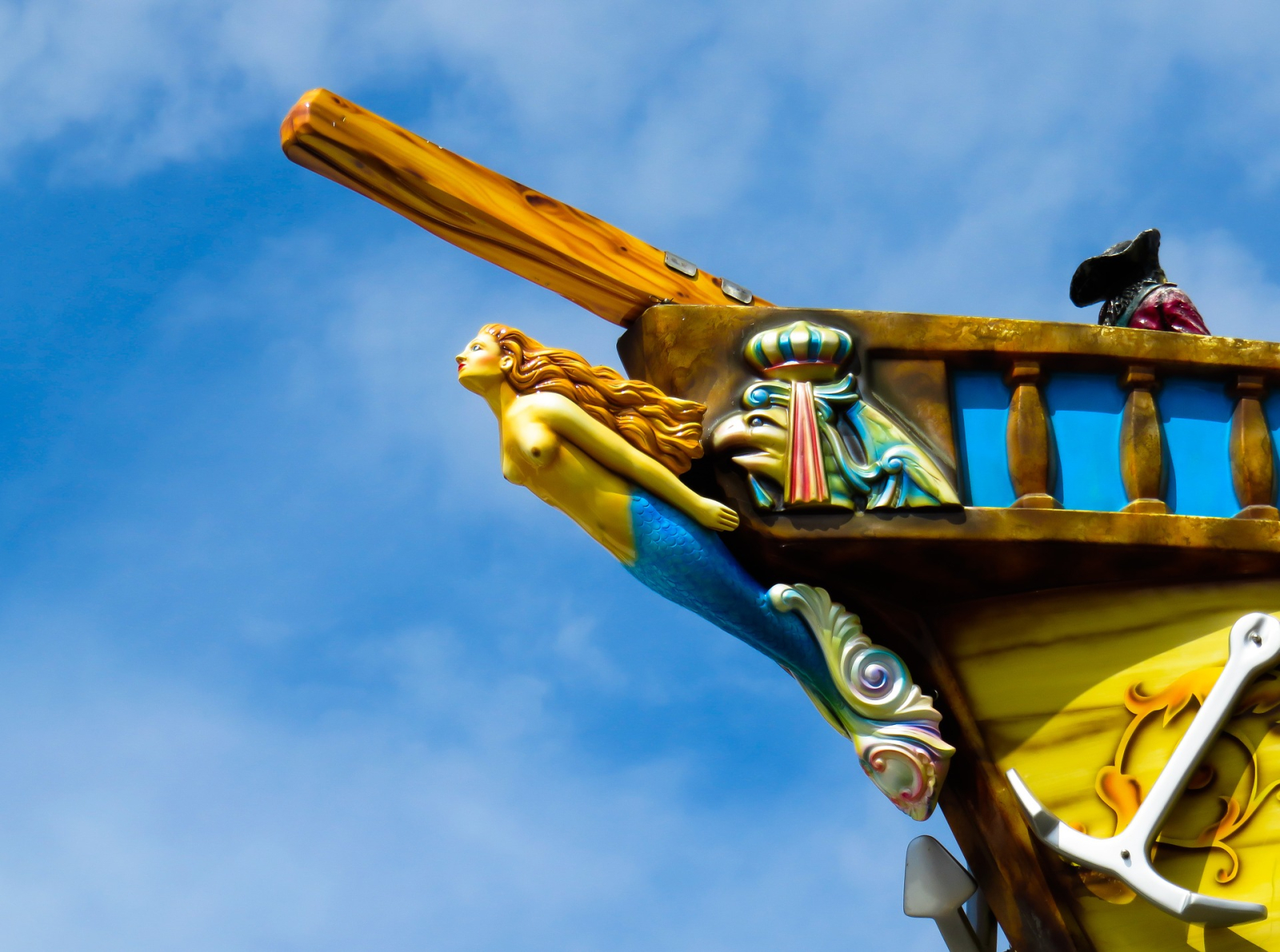 I tell ya, her shininess has a fine ship, but it ain't as fine as it looks. Stand back and its golden, shiny as Ylais' rosy cheeks, the cleanest salty sailor on the seas. But you get a job like mine, boy, you go below deck, and you see its underbelly and all its vile craftiness. That goldy outer cracks the supports all around. It's bloody tiny inside to support all its gadgets and whizmos. All the practical bits, the usable bits, they're near rotting away. And which poor bastard foots the bill? Me, the humble shipwright! Considering all the gold and jewels in them private quarters, which a'course I'm not 'llowed in, you'd think her shininess could afford to stop herself from drowning!
— Frustrated Shipwright, 1278

HRS Glory was the flagship of the Divinitian Royal Navy, ordered built in 1052 by Empress Soleil V, and commissioned by Empress Eloise III in 1059. It crashed and sank in 1304 while transporting Empress Eloise V to Nirvejan Island.

Empress Soleil V ordered the construction of the large ship in 1057, so that she would have a grand ship to sail to her new territory of Nuli Island, and indeed around the entire Losiné region. It was to be larger and more grandiose than any other ship in the royal navy, and unparalleled at sea.

Ultimately the honour of commissioning the ship fell to her young successor, Empress Eloise III, in 1059. Named HRS Glory, it would quickly see such as Eloise sailed it into many battles during the conquest of the Kao Islands. It was frequently attacked by pirates and required repairs, but was never successfully stolen from.

The ship would continue be used throughout the reigns of her successors to travel through the Kao Islands and for making the trip from Divinice to Nirvejan Island. It required frequent repairs over the years and was updated multiple times to be even grander, including gold coating on the exterior and state of the art engines. It was expanded on a few occasions to add more storage space and state of the art facilities. For many years, it was the most expensive and grandest ship in the world.

The ship would fall into disuse during the Stolisian Wars (from 1247 to 1261) and required extensive repairs to fix a lot of serious issues it had acquired during that time. However, it was successfully restored and was used by many subsequent Empresses to travel to Nirvejan and Nuli Islands. The grandness of the ship is believed to have helped inspire many of the assassinations, attacks, and civilian unrest at the time, particularly as native communities struggled to get by. The Red Stars at the time stated the decadence and opulence of Divinice to be one of the key reasons it continued to fight against them for Tsuli independence.

HRS Glory made its final trip in 1304 under Empress Eloise V, who had only been on the throne a few weeks and had ascended in hard times for Divinice. She set sail for Nirvejan, planning to meet with a group of Nirvejani leaders to discuss possible solutions to the ongoing crisis. However, HRS Glory never made it to port, crashing into the southwestern Stolisian coast, killing all onboard. Whether this was an accident or a result of sabotage is unknown.

The ship and its contents were not recovered until 1307 under Empress Sunniva, who made the first and only deal with Stolisia to allow Divinitian ships to enter the region for the retrieval. Its retrieval is somewhat controversial in the way it was reported by Sunniva, who claimed nothing had been lost. Given the three year timespan between crash and recovery, many sceptics suspect many things were simply replaced in order to give the appearance of a full recovery. Further skeptics suggest Eloise V's body itself wasn't recovered, having been lost to the sea years prior. Whatever was the truth, the tattered and rotted remains of the HRS Glory were returned to Divinice, and are now on display at a maritime museum in Lusca.

HRS = Her Radiance's Ship
Other Items