There is not greater relic of the ancient world than that of the Empress. The only remaining true monarch, and yet she flounders in irrelevance. Who amongst us even knows the name of the current Empress? And yet she wields ultimate authority over the lives of her countrymen. It is only a matter of time because the Divinitians realise that the Stolisians had a good idea and revolt.
— Maleli Columnist, 1362

The Empress of Divinice is the supreme authority in the Divine Kingdom, and has been so since the War of Succession that ended in 1004.

In the past, the sole qualification for becoming Empress was that the current Empress thought you worthy to succeed her. At present, a prospective empress must be a member of the Council of Princesses, though not necessarily one of the Princesses herself. However, becoming a Princess greatly increases the chances of being voted into the position.

By its very nature, an Empress must be a demigod. While age and nobility is not explicitly relevant, modern Empresses are often young and of noble birth, and good health. Being of poor mental fitness or bearing a physical disability does not disqualify you from the chance, but it is deeply unlikely.

To be selected as Empress, the demigod must win the election that is held and voted on by the Council of Princesses. The demigod with the most votes is then given the position, and in the event of a tie will be forced into a second election with just the other demigod as their opponent.

After completing the Transfer of Souls, a formal public coronation will be held to fully confirm their position as Empress.

The Empress is in charge of the country as its head of state and head of government, the head of the military, and the head of the Divinitian Ylaisan Church. Despite the daunting resume, the day-to-day duties of an Empress are usually devoted to legislation and prayer, as well as official foreign visits. Harder duties are delegated to military officials and the Council of Princesses.

Officially, the only way for an Empress to be dismissed is for them to die. Unofficially, many historians suspect that some Empresses were removed nonviolently and had their deaths faked, such as Empress Celeste II, who died suspiciously young and with no warning signs or evidence of assassination. In such a case, its suspected that influential demigods or military figures force the Empress to step down and voluntarily hand over power to a successor, faking their death to ensure external consistency.

There were also rumours during the reign of Empress Soleil VII that a 'vote of no-confidence' might be initiated from within the Council of Princesses, in theory forcing Soleil to undergo another council election to ensure she kept her position. This was never acted upon, but exists as a possibility with no formalised procedure.

After Caelum VI, last king of Divinice, surrendered in 1004, Azure Dael became Queen. With her status made official, she royally decreed her title to be Empress, and formalized that her successor would be personally picked by her and would have to be a demigod.

This system worked perfectly fine throughout history, with the exceptions of the assassination of Twila III in 1147 and Eloise IV in 1287, as neither had nominated heirs at the time. A lack of heirs also deeply plagued all Empresses between 1287 and 1305, due to the Demigod Drought draining the selection pool.

This instability was fixed with the ascension of the 18 year old Sunniva in 1305, who formed the Council of Princesses and made the rank of Empress elected by them. As such, the title is currently elective, with the most recent election in 1360 elevating Ilsa to the throne.

They are commonly regarded as the mortal avatars of Ylais, and hold great religious significance. This reverence has lessened somewhat with the gradual decline of the Empire, but many still look upon the role fondly. 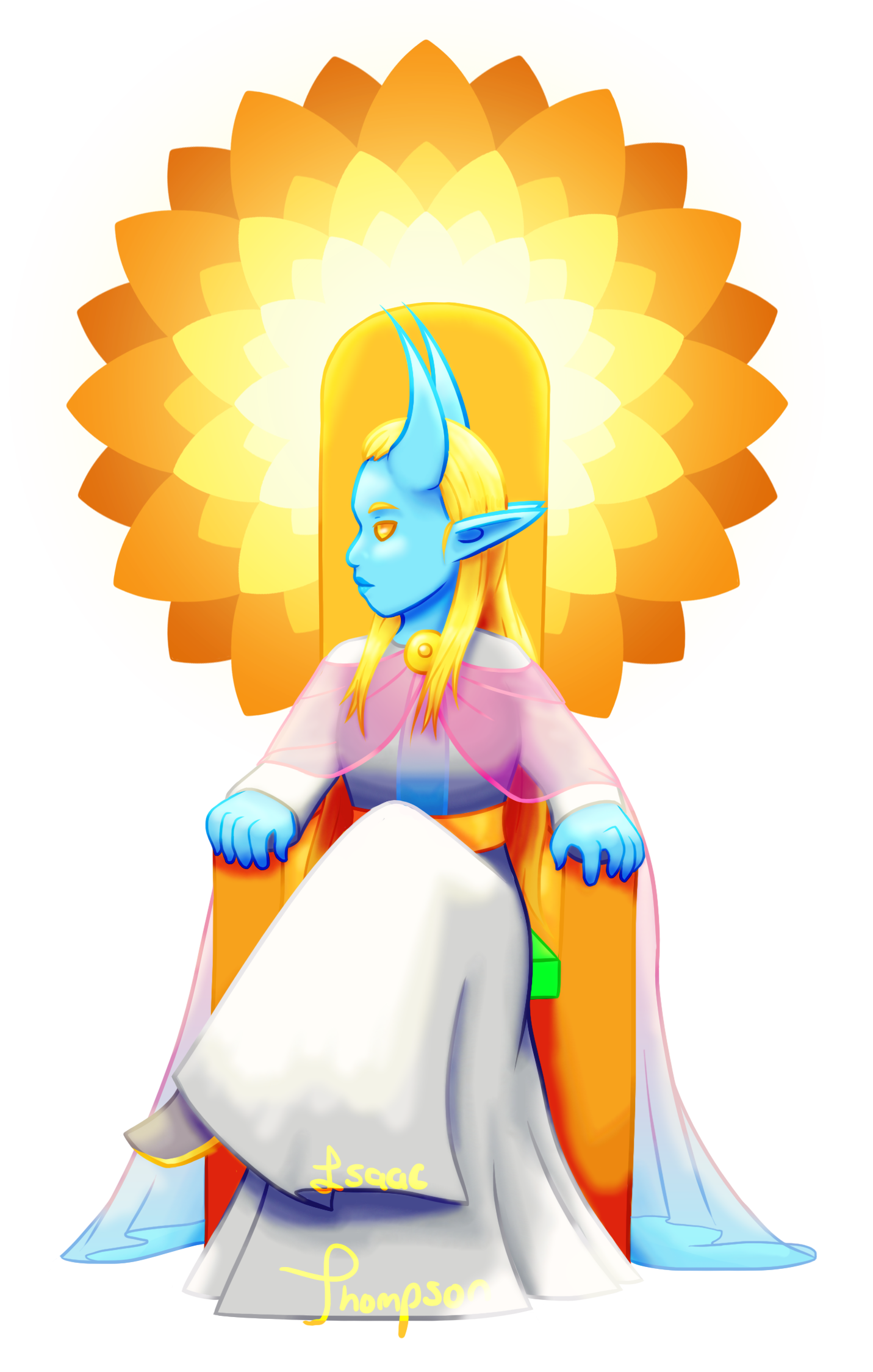