"Empires fall and men wear different hats every new century. We are all here but for only a little while, the least we should do is make some waves."
— Do'tho'kai

Do'tho'kai is a strudily built older man, with a body honed after years of physical exercise, swimming, and wrestling various leviathans of the deep. His physical strength is legendary.

He has a large scar across his abdomen that he recieved in a battle between him and the Pirate King Gibraltar, where the legendary raider ran him through with a trident.

Do'tho'kai sports a thick white beard, it smells of the salty ocean air.

Do'tho'kai's inhuman strength has been the source of much speculation, and many believe it was granted to him behind closed door by Aristolian benefactors. Most of these claims are unfounded and he will simply laugh off the question, recounting how much and how often he trains, even going so far as challenging curious folk to an arm wrestling match to change the subject.

Do'tho'kai wears a pair of simple Aristolian slacks tied at the waist with a red cloth. His leather shoes are of Aristolian design and master artisan quality. About his neck are several necklaces, amulets, and chains; amongst them is a special golden key signifying his role as a Trade Prince.

Like most Oceos'lo'kaiians, Do'tho'kai was born and raised amongst the elders of the coastal villages, never truly knowing his parents. As a child he loved listening to the oral tales told by the local shaman and would often tread the periphery of the Meino'ng Jungle, despite his elders' warnings. He was always regarded as a curious and rebelliois child, listening to no one but the voices that called to him from deep within the jungle.   It was on one such misadventure that the young Do'tho'kai was captured by slavers and sold into bondage aboard a cargo ship. He learned the ways of seafaring under the lash of the foreman's whip, carrying cargo and loading shipments of goods.

During this time, the archipelago nation of Oceos'lo'kai went by the name of the La'Taos Confederacy. The young slave boy grew into a young man who was familiar with helmsmanship, navigation, and the workings of ships. Over the course of several years, he worked his way out of bondage through La'Taos's meritocracy system, eventually earning his own sailing vessel after nearly twenty years of mercenary work. It was during this time that Do'tho'kai took up hand to hand combat training with an old traveling Meinongian monk, who shared tales of the deep jungle and the secret temples within.   Later in his life, he would visit these temples, spending some time as a devout follower of Meinongism, learning much from the shishya and gurus residing within.

A succesful career of trading and navigating goods between ports put the young Do'tho'kai in contact with the Merchant's Guild. He would eventually found his own trading company in the city of La'Oceos, now known as Roguesport. He has always been known to be an honest and earnest merchant and held much sway within the inner politics of the guild.   His success soon put him in contact with the illustrious Trade Prince Arushala Ivorcoat, who partnered with the enterprising tycoon to help him solidify the nation's trade networks with that of the fledging new empire of Aristolia. The two have maintained a strong friendship since. With Arushala's help (and with some subtle arrangements by the Church of Helios), Do'tho'kai became the ruling Great Chief of the La'Taos Confederacy

Upon attaining the role of Great Chief, Do'tho'kai promptly made an arrangement with Trade Prince Arushala, selling a significant portion of the La'Taos Confederacy terrioty to Aristolia; a move that has been been considered widely controversial. This massive purchase has long been considered the defining point in the decline of the nation leading up to the widespread piracy and detestment of Aristolian culture throughout Oceos'lo'kai. Despite this, he has also been celebrated for the following:

Many Oceos'lo'kaiians consider Do'tho'kai a traitor to his people, though the man seems little bothered by his critics, and hardly pays them any attention. Though many attempts have been made on his life, he has single-handidly defeated every threat that has come at him.

Do'tho'kai is cheerful, aloof, and often seems to be off in his own head. He has great plans in store for his little corner of the world and seems to be biding his time, though many are unsure of what this plan of his could even be.

Do'tho'kai lives by three simple principles, that one must be creative, happy, and wise. Much has changed in his life as the society he grew up began to collapse, and he credits his personality to being able to adapt to the changes that life inevitably brings with it. So long as his actions line up with his three principles, he finds that he is capable of doing anything. He has often been described as "a man who beats to the rhythm of his own drum."

Do'tho'kai's motivations are relatively unclear to most people, as he seems to act in accordance to some long-term strategy known only to him. If asked however, he'll simply laugh and say "whatever makes me the most money!"

Though he never brags about it, Do'tho'kai is remarkably good at strategy games such as chess, checkers, and go. He has bested his friend Arushala Ivorcoat in nearly every game they have played together.

He can always be found with a huge grin across his face when he first sets out for a maritime adventure, and his favorite activities are wrestling pirates and punching whales. He also enjoys listening to tales from shamans and other storytellers from across Ardras, and has funded many artists, musicians, and performers who travel through his territory. His estate is also filled with various trophies of sea monsters and lurking beasts of the deep which he has defeated in one-on-one combat.

Do'tho'kai doesn't believe in the permanence of things like nations or states, acknowledging that all empires fall at some point, even if it is his own. Many consider this way of thinking to be irresponsible and devastating to many people of Oceos'lo'kai, and he is generally regarded as a malevolent figure across the islands.

Do'tho'kai smells of the briny and salty sea air he often finds himself out in.

Do'tho'kai has amassed a vast network of merchants, mercenaries, privateers, fleets of warships, and various other maritime connections which secure his power over the eastern half of the empire of Aristolia. Much of these connections are thanks to his close friendship with Arushala Ivorcoat, who he considers a close ally and friend.

Despite many attempts by various figures within the Church of Helios, as well as the coaxing of Arushala Ivorcoat, Do'tho'kai prefers to follow no one particular religion, prescribing to the philosophies recorded in the texts of Meinongism. Even these he does not take to heart, as he also enjoys the various tales of the A'nuiism belief system and the heroic tales of Lithosian god-kings.

Do'tho'kai is extorverted, charismatic, and bold; he will corageously take on any challenge that comes his way, declaring himself "the captain of his soul."

Most of Do'tho'kai's wealth is invested in Aristolia's navy and maritime operations; what he doesn't put towards these efforts is stowed away inside his estate along with various other treasures of the deep. 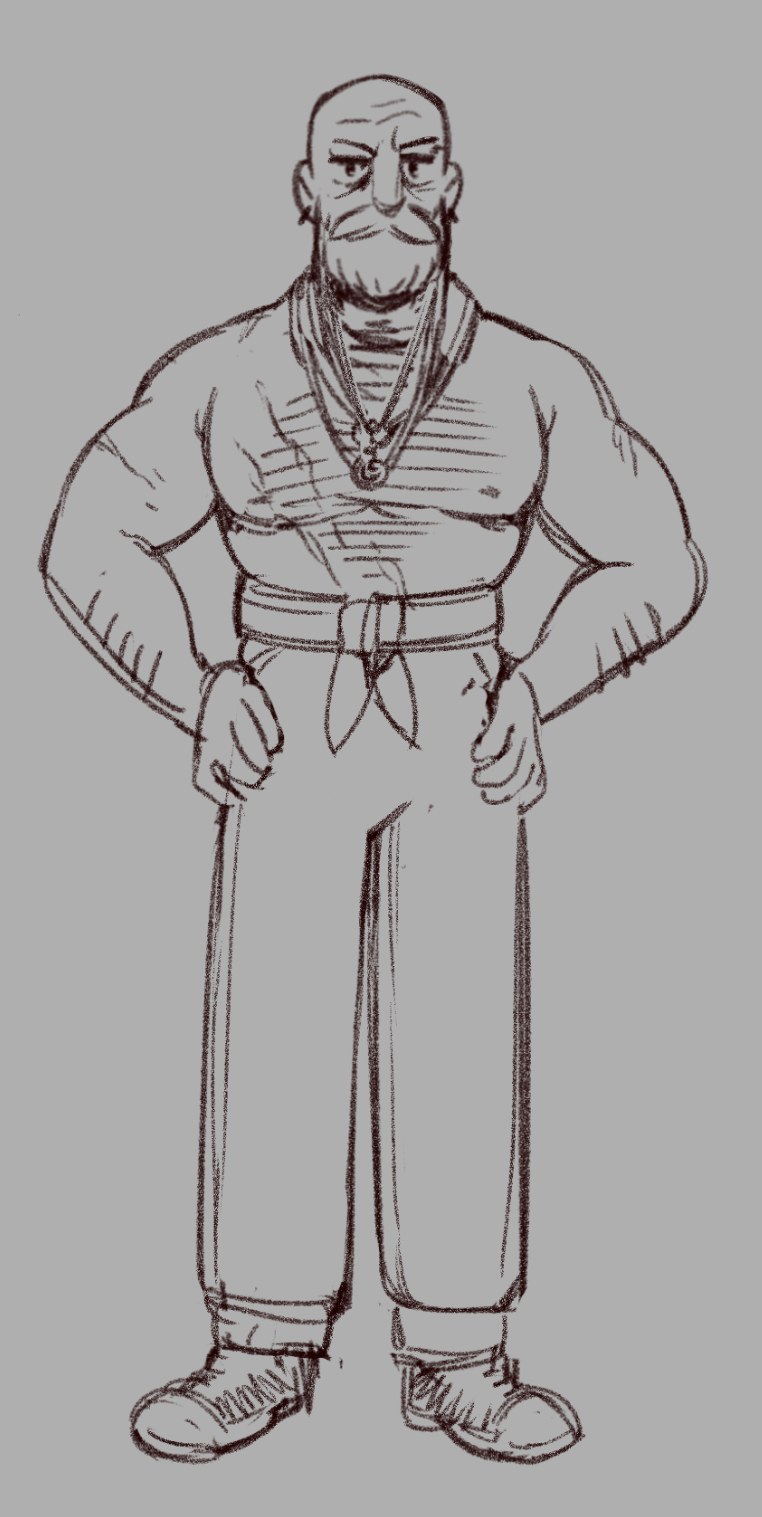