Warriors of the Echo Woods

To be a Muhaket'in, is to learn how to change whilst never forgetting who you are.
— Muhaket'in proverb


The Muhaket'in are a famed group of mystical warriors, renown throughout the lands for their prowess and skills. They arrived in Danatelia from the Echo Woods around the 2nd century A.A, and they would sell their swords to whoever promised the highest bid. But they live in a country that hasn't known war for the last 250 or so years, and as such they had to learn how to grow and adapt to the world around them.

The Muhaket'in are an open culture. They are settled in many places throughout the Lands, with members from all ancestries and horizons. Anyone can join the clan, as long as they accept to follow its rules. Even though the clan does not participate in wars any more, kids from the age of 10 to 20 are required to follow a mandatory martial training, to the extent of their abilities.

Whilst the Muhaket'in culture is mostly oriented towards combat, not all of its members are trained fighters. However, all must find a way to serve and help the clan. That is the first duty of the Muhaket'in. This can mean anything from farming, to the crafting of items, and so on. As such, the Muhaket'in live almost independently from nearby villages and towns.

Most Muhaket'in live in their own villages, with different members of the clan occupying different functions. In towns and cities however, Muhaket'in mostly occupy neighbourhoods, and mingle more with other citizens. When Muhaket'in cannot use space of their own to train their young, they are sometimes allowed to use the guards training place, in exchange for services or money.

Long ago, the Muhaket'in lived on the fringe of the Echo Woods. Back then they were a clan of warriors, already renown for their supernatural skills in an age before magic. In the 2nd century A.A, they moved towards the Danatelian Lands. Many wars were being waged in the region at the time, and the Muhaket'in saw an opportunity for profit and sold their talents as exceptional fighters to the highest bidder.

The Muhaket'in have taken part to almost every battle in the Danatelian Lands since their arrival. The fighters they supplied are few in numbers, but they were by far amongst the strongest. Even the warriors who did not possess the powers of the Sadanur Faris were to be feared on the battlefield. 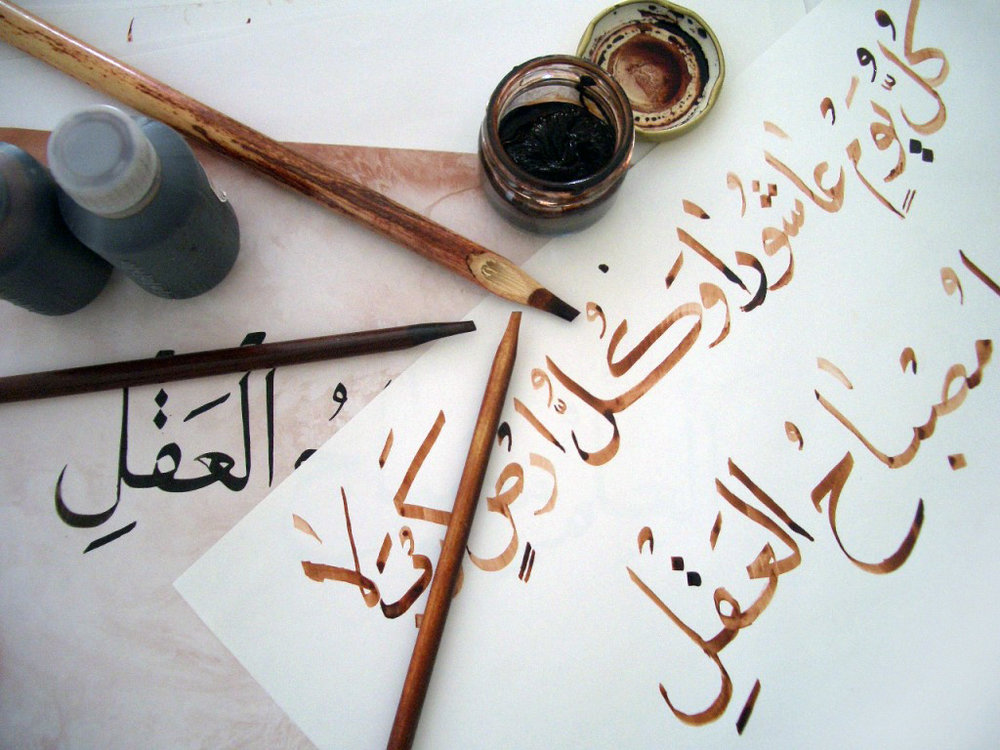 During the mandatory training of the Muhaket'in young, the most talented of them will be selected for further training, so that they will one day join the ranks of the Sadanur Faris, a group of martial warriors with mysterious supernatural abilities.

They can be identified by the calligraphic tattoos that adorn their skin. These are received upon initiation, granting their wearer the powers that made the fame of the Faris. The ink used for the tattoos is prepared with the utmost secrecy, and carrying the tattoos is seen as a sign of prestige and honour within the Muhaket'in.

Source of their Power

players don't click please!
The Muhaket'in get their powers from the magical ink imbued in their skin. It is made from the Sadaneer plant, native to the Echo Woods. It is grown in secret by the elders of the Sadanur Faris, but their stock is depleting and soon they will no longer be able to create new Faris.

The Sadanur Faris are based on the Echo Knight subclass for dnd 5th edition, created by Matthew Mercer. All credit goes to him and WotC. The aim here is only to integrate it into my world for one of my players.

That being said, I hope you enjoyed the article and found it interesting!

I love how you've integrated the Echo Knight subclass into your own world - these guys sound really fascinating.

Thank you! It was a bit of a challenge but I feel like I've managed to pull it off :)

Interesting! I would like to know some more of their economy, but maybe it's not your priority. I like the content of the spoiler too, that since it is a spoiler I will not mention further :D

Thank you! Hmm well their economy would probably be the same as that of the larger country they live in, and its also not really my priority you're right :'). Glad you like the spoiler content :D