Regalia of the Raven Herald

The trick is to do something, and look damn good whilst doing it. Confidence people, confidence.
-Aethyn Caras

Stylish, fashionable and the center of attention on the dancefloor isn't exactly what most people associate with stealth and subtlety. Normally it takes tact, patience and discretion to carry out critical assassinations and espionage. But this is not the way of the Blackbloods carrions.   These madhatters known as the Corax Lords or Raven Heralds are nothing like your average assassin. Instead of the normal skin-tight leathers or peasantry clothes, they dress with extravagant garbs that run down their forms like feathers of an ink black bird. An honorary regalia granted to them by the very aspect of death themselves.   It is with these very uniforms that their agents waltz through woods and castles alike, on the hunt for the worms that seek to sunder the barrier between the physical and metaphysical. Those who threaten the balance between life and death.

As hunters of terrible beasts and monsters, one could argue that the regalia had been more logical to fashion into a solid plate, rather than a high-collared duster coat.   Indeed, most cultures also use full plate armour for their fiercest warriors, such as the Golden Empire’s Paladins or the House of Serpent’s Knight-sisters.   This is not the way of the Blackbloods. A group of people that rot within the intense heat that could build up within such armour would never be able to wear it efficiently. They needed something different. A regalia that could breathe but still offer solid protection and flexibility to remain tactical.   Their duster offers this and more.   With a regal, buttoned up and noble style inspired by the human high society and the sharp, buckled up fashion common to the Drow uniforms, the coat is an exotic mix of the two cultures. It’s black and gray dyed hues also look both dashing on the balls and banquets, while remaining stealthy in the moonlight of fieldwork.   The workings of silk and cotton also allows for that breathability, that the wearer can dance, twist and twirl through both parties and the claws of demonic hordes with a lowered risk of overheating. The silk and cotton combo also offers more than an expensive look, as it protects against most cuts and slices and prevents substances and dirt from being pushed into the wound.   The metal buckles adorning the coats sides, hardened shoulder pads and braces covered by fancy sleeves also greatly enhance their combat prowess in the art of bartitsu. The Blackbloods wearing the uniform are trained to use it’s long straps with metal on the ends as weights to spin the coat past the faces of their foes.   It could be considered a risky maneuver, but as a piece of clothing riddled with hidden guns and daggers a quickdraw is often faster with the coat open and in motion, besides the high collar and shoulders protecting the neck and throat, along with the braces that can withstand axeblows makes it the perfect wear for a pugilist.   Should all of this fail, a plate cuirass waits underneath the coat to protect the most vital parts of the wearer.   Covered by a silken shirt underneath and above, this recent addition once used to be a heavy gambeson. That was until the fateful day a drow blackblood realized that a short plate cuirass would both weigh less, generate less heat and be far more protective than the old gambeson.   As for the tailored slacks and shoes, they were made to impress. Being almost knee length in size with a plate heel and toe accompanied with laces and buckles, one can not only waltz with glamour but also be ruthless when it comes to kicks.   If this wasn’t enough on it’s own, the slacks offers not only pockets for a unisex outfit, but the unecessary belt often hangs a bit loose and was made more in terms of style and combat using drow whip style techinques.

To give that feeling of a true lady or gentleman that dons the uniform and emits an aura of respect and danger around them, the accessories are crucial.   Two of the most important pieces that accompany the regalia would be the Raven-beak and Feather-cap.   The Raven-beak is in reality just a codename for any handheld tool that seems completely innocent, but drew it’s name from the original canesword which a Blackblood Raven Herald would have brought into the field.   Nowadays the tool has evolved far beyond it’s old weapon and spans several different designs of caneswords, normal canes, umbrellas and even handheld fans. All with their own different specialities and techniques which can be used in combat.   The Feather-cap used to come in a standard bowler shape, but have evolved massively over the years to include any model from tophats to tricorns, along with goggles, glasses and scarves to protect the Blackblood’s sensitive eyes or covering them up.

The gadgets may be the newest additions to the regalia, but are still mandatory due to their critical usages that came with technology.   The last of these gadgets to come, but arguably the most important one would be the skeleton watch.   While it may look classy with it’s naked cogs and springs all in motion, this watch alone has significantly decreased risk and casualties within the Blackblood’s operations due to its precise ability to pinpoint time.   Thus the Blackbloods received countless new opportunities to work timely operations within climates much more appropriate to their conditions as they didn’t need to read the movement of suns and stars anymore.   Another gadget which has become important are the so-called Quill and Talon.   These wrists held weapons are heavily inspired by dark elven culture and the assassination tools used of the Bladedancers but made in a less sensual and refined nature, but rather fashioned to be brutal and efficent.   The Quill being a drum looking accessory in dark steel is actually a small revolver inbuilt to the mechanism. It may not be as deadly as a normal firearm but generally does the trick on operations near crowded streets that demand some tact and caution.   The Talon is a hidden blade that can be sprung from a similar square shaped mechanism that stretches above the left hand's wrist. It also matches it’s twin quill in materials and design. 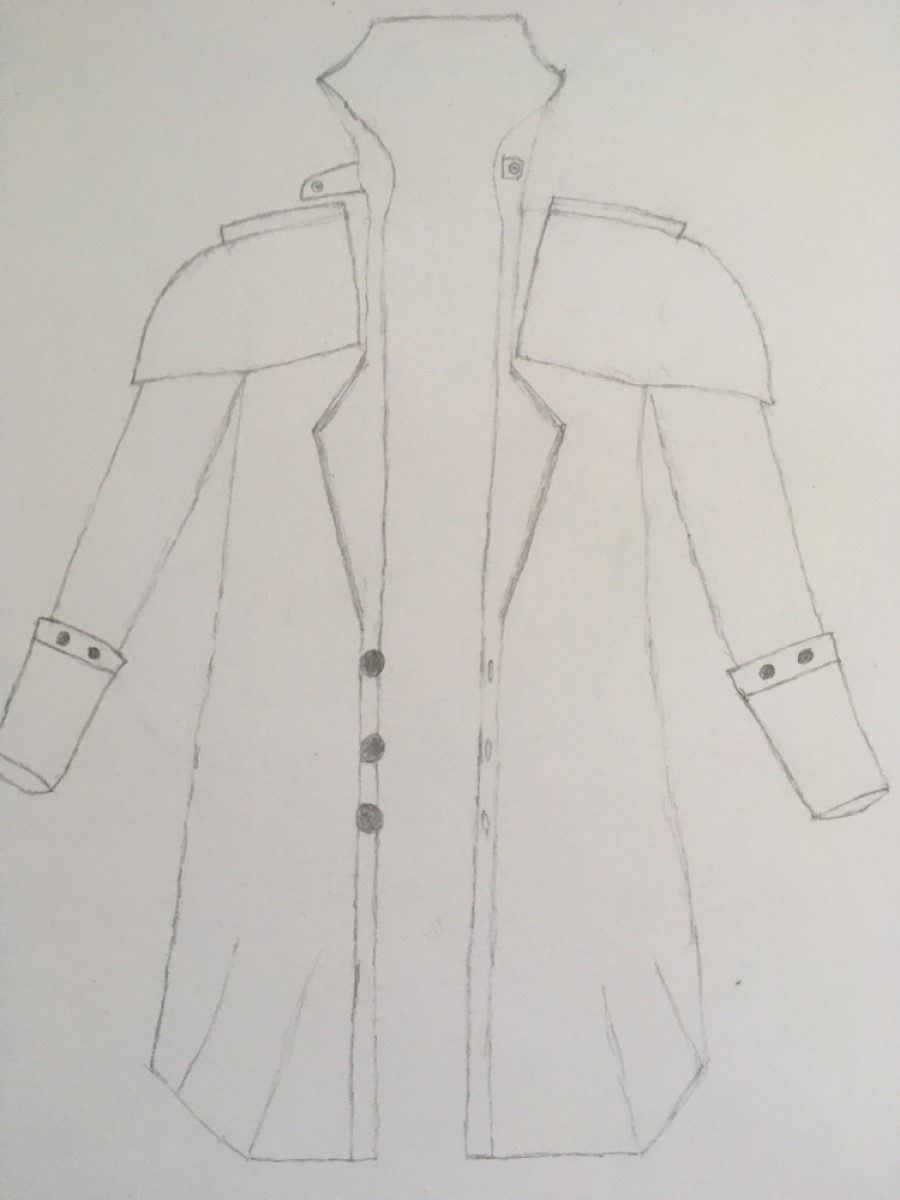 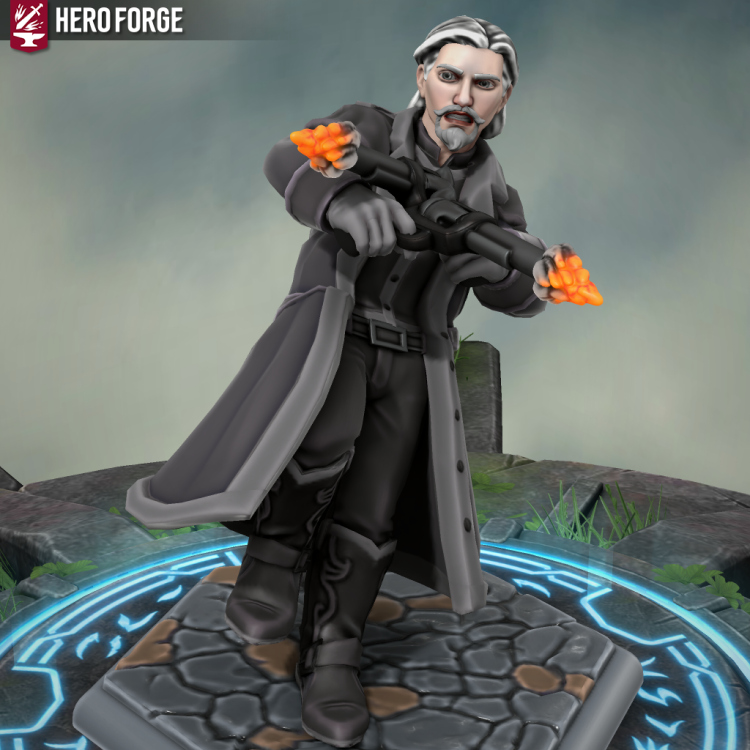 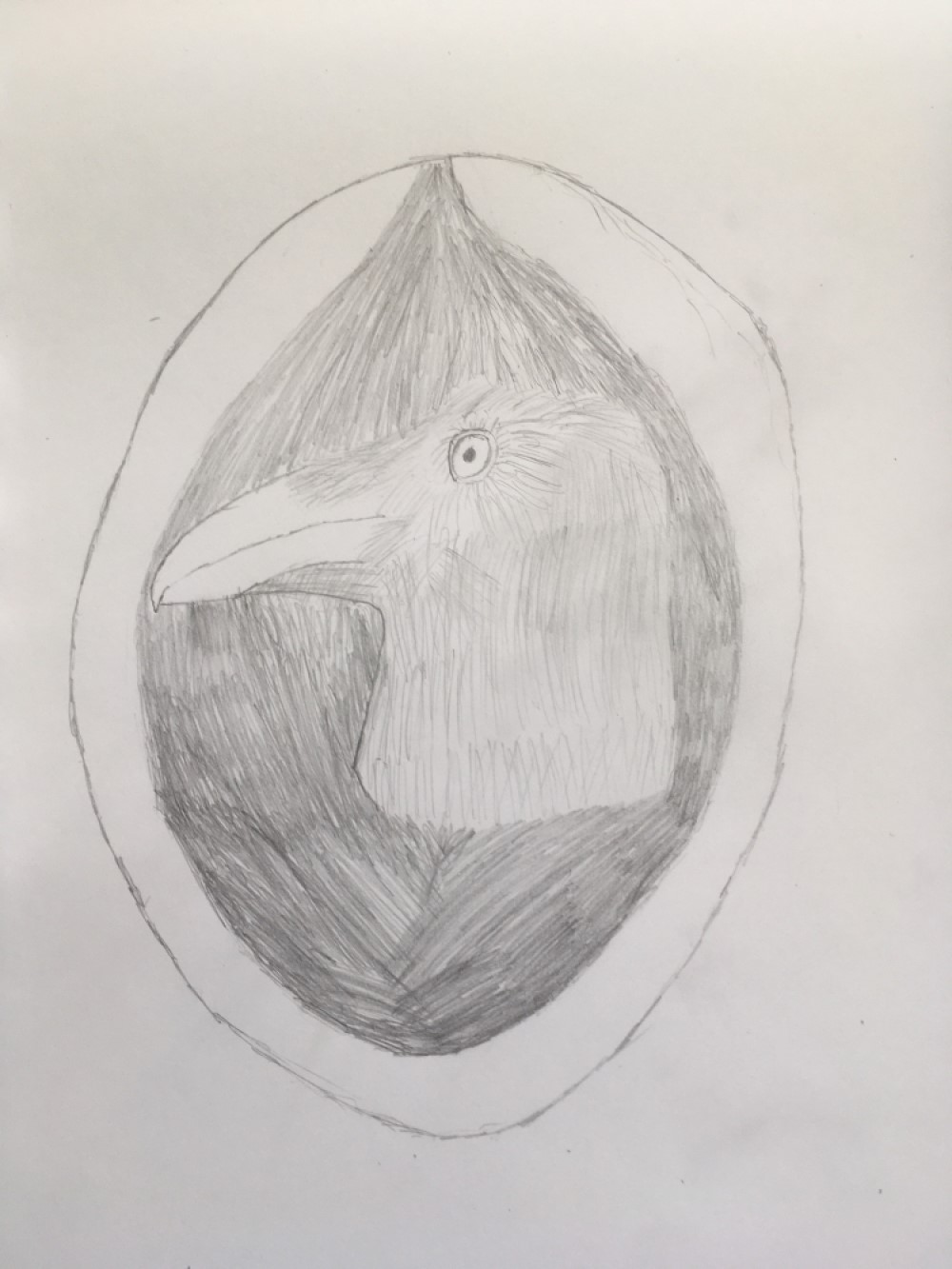 The head of a raven within a dark droplet of blood and encased by a steel frame makes the crest that can be found on the brim of the regalia's hat.   There are several symbolisms hiding within the crest as well, like how the raven proudly displays their allegiance with the forces of death and how the blood droplet is a dead giveaway that they belong to the Blackbloods.   There is yet one more subtle symbolism that isn’t displayed on the crest but rather how it’s attached to the hat rather than the norm of being displayed on the chest.   This is an act of caution and respect, that like how you take your hat off indoors is a sign of courtency, the same goes for recklessly trying to catch their target in the middle of an ongoing feast, not to mention the risk of civilians getting in the way.   Thus a Raven Herald will never hunt without their hat keeping the cool on their head.
Item type
Clothing / Accessory

Great article! I love that first quote :D   The style you chose for the outfit and the fighting style is very interesting (I got lost for a while in Wikipedia reading about baritsu :p ). I don't know if you want to maybe add a tooltip to say something like "A martial art for gentlemen, it includes the use of walking stick." Or if you think people should just google it like I did :p Anyway, I like that it's an original choice and it makes perfect sense for people who would infiltrate high society and who may have to fight without access to more obvious weapons.   I don't think you've mentioned where the metal buckles would go, as well as the straps. Is it something attached around the waist like a belt, or something coming out of the sleeves? Ah I think you mention a belt at the end of that section, though I would mention that before to make it clear if it was what you were referring to with the buckles and straps.

Thanks for the comment and feedback! I could always add a tooltip at some point, (although I think it's funny to google up and research things) and I'll make sure to clarify the buckles!

Nice article! Especially the fighting style was quite interesting with using the clothes themselves to actually attack. I like the addition of all the newer gadgets as well. Was a nice read.

Gun Fu! Awesome! I like how they're just badass with a duster, ready to chew bubblegum and kill whoever needs killing!   (A small sidenote: You use it's a lot where it should be its. It's a tricky bit of grammar.)

Ah, thanks for pointing it out! :D