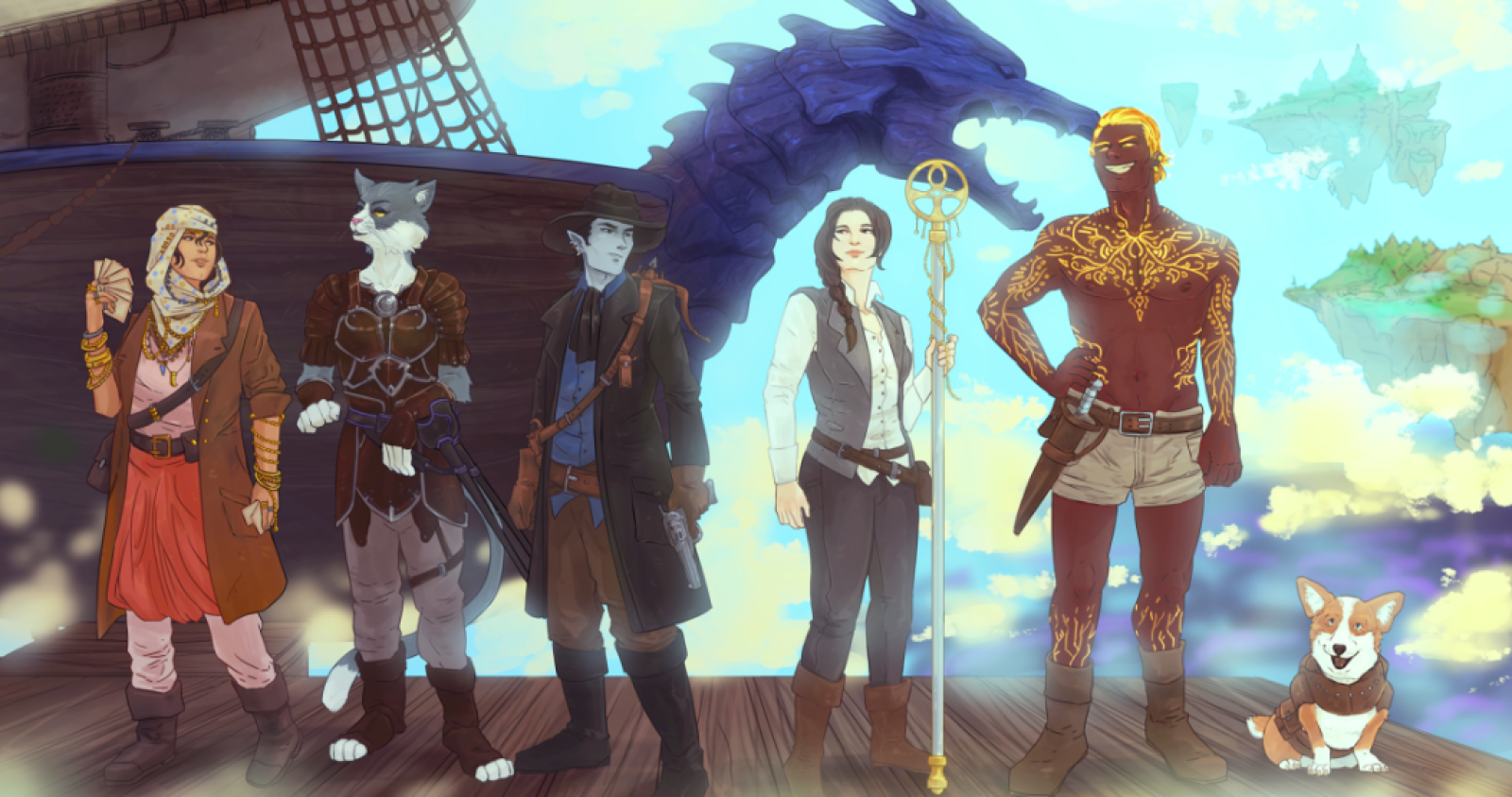 Talandar
The world of Arcadia is made up of islands that float in the air. The islands are suspended in midair by powerful elemental crystals that lie at the core of the land. These elemental crystals infuse the islands, affecting the people, climate, and resources available there. There are ten elementally influenced areas, though there are civilizations on only seven of them.   Arcadia is in a period of relative peace and prosperity. For a few hundred years, energy, food, and other resources have been plentiful enough as to preclude need for war. Two nations have recently undergone a technological or industrial revolutions, and discoveries in magic or technology have allowed many of those who would have gone poor or hungry to be fed and homed.   Things are not all perfect, however. Piracy is an ever-increasing threat, and merchant ships need increasingly large guards in order to deter the pirates. Though the countries are all fairly friendly with each other, disputes over the occasional border island are frequent enough to be worrying, and some within certain governments push for a more aggressive stance on claiming the valuable border islands. Between the piracy and border disputes, a tension is slowly rising in the countries of Arcadia, and it is anyone's guess as to when it will explode, and how.

While she may be a professional liar, she's an honest one who takes her cause quite seriously.

A mercenary with a troubled past...

Young, human woman with a magic all her own...

Rosie of the Glittering Coast