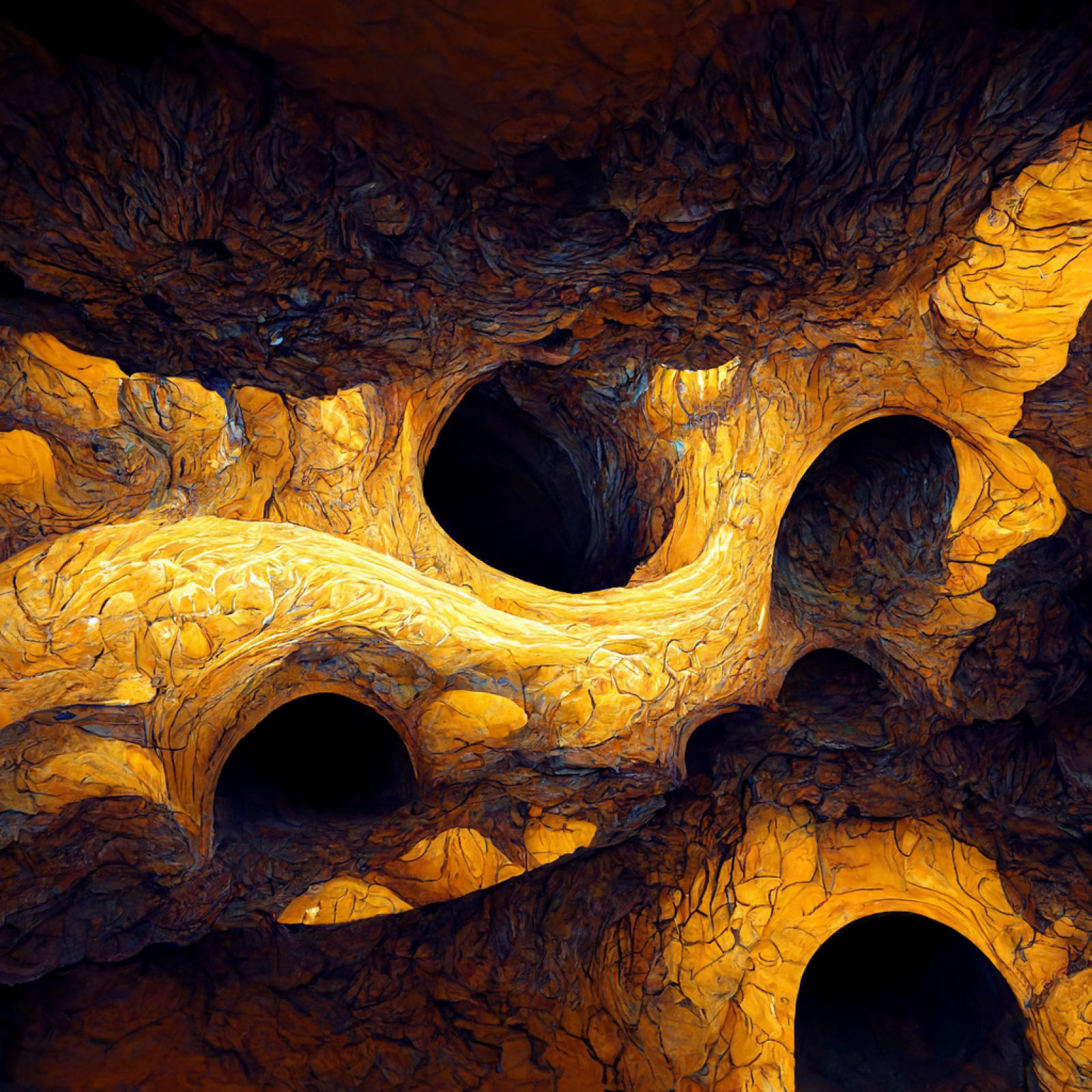 In a region still unknown, trapdoor wurms have emerged as one of the more well-known killers - serpentine, slug-like monsters that snatch unwary travelers from above. Though they are neither the most numerous or most deadly of the many foes faced by mankind in Patala, they are usually the first any explorer has to pass before descending deeper. They haunt the Grey Halls of Patala, building nests along the slanted canyon ceilings in which they drown their victims in sludge.

Talks like a trapdoor.
— Patala saying for a dangerous liar

Trapdoor wurms are long, elongated creatures, thick as a man's waist and bulging with powerful muscles beneath the mottled, wet flesh. They lack limbs, instead moving like a snake along the ground and then like a slug when they reach a wall, anchored to the stone by the tar-like ooze that covers them. With no bones and and flexible, viscous bodies, the trapdoor wurms can extend themselves to great lengths, or contract to a fraction of their size - or around a captured prey to crush them.

A typical, full-grown wurm can reach ten meters in length while resting, and reach even further to pluck a careless explorer from their path. 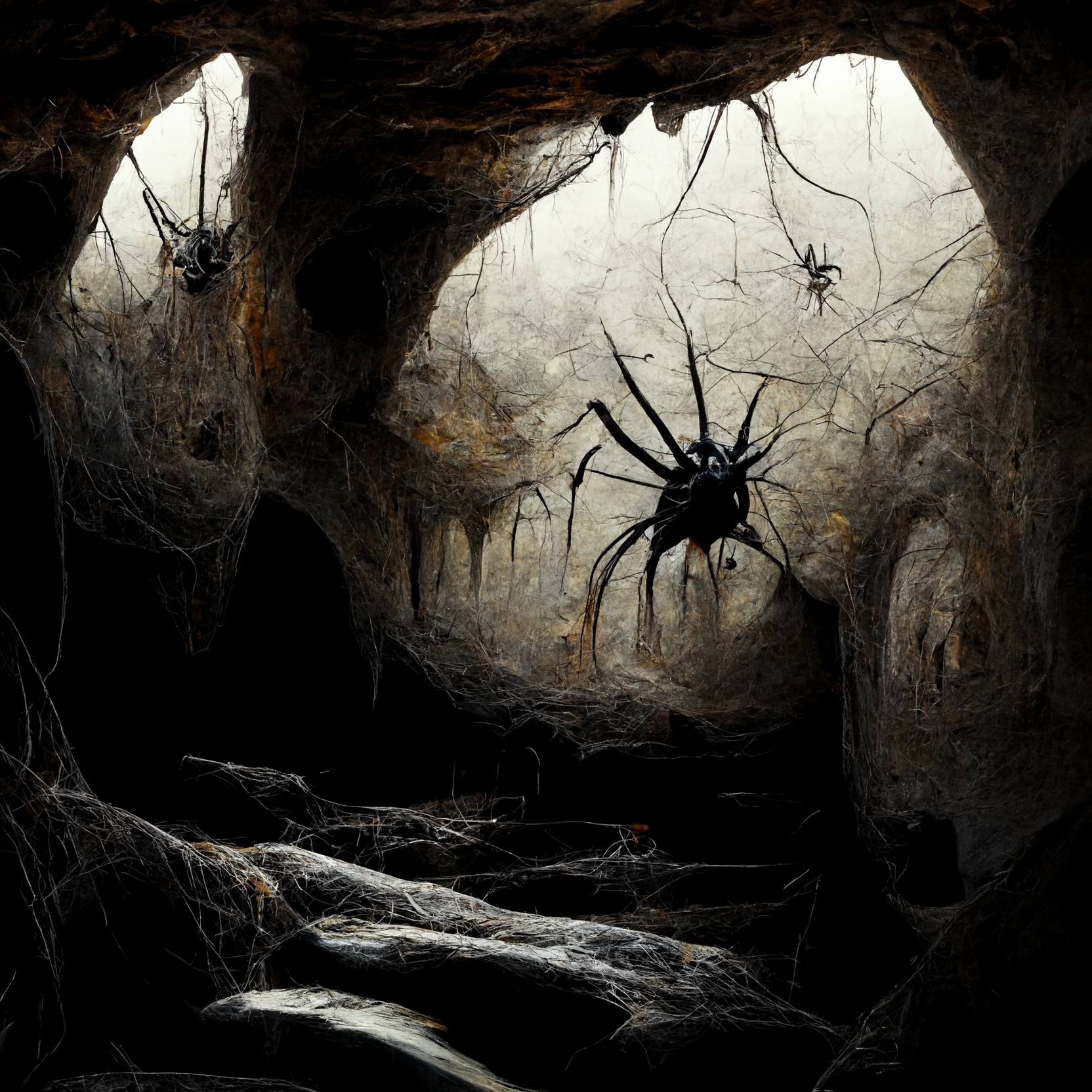 by MidJourney
The wurm's head are long, narrow and sharp, eyeless and mostly maw. It splits in three when opened a to reveal long rows of fangs along the flesh before terminating in a set of interlocking, circular teeth that grind and batter food into mush. Dozens of feelers extend from its head and along its maw, with a large crown of them around the base of the wurm's head.   Many of these feelers are parasitic worms that have burrowed into the wurm and made homes in their flesh, feeding off the wurm and their prey in equal measure. These worm-like parasites seem so pervasive among trapdoor wurms that most in Patala still believe them to be part of the wurm rather than intuders.

The few times a Trapdoor nest has been examined, explorers have found the sludge-filled dens writhing with the parasitic worms and their crawling eggs, hinting that it might be some sort of symbiotic relationship.

Trapdoor wurms control how much ooze they secrete and use it to build nests, gluing stone and debris together, and create the concealment from which they get their name. When prey prove too tough to simply squeeze to death, some wurms instead generate enough slime to drown them in it.   Trapdoor nests are always coated in a thick layer of ooze, with the young and weak offspring occasionally caught within together with the bones of past prey. Fungi, mold, and several kinds of slime-dwelling insects usually make their home in the trapdoor wurm den's, living around or even inside the ooze. 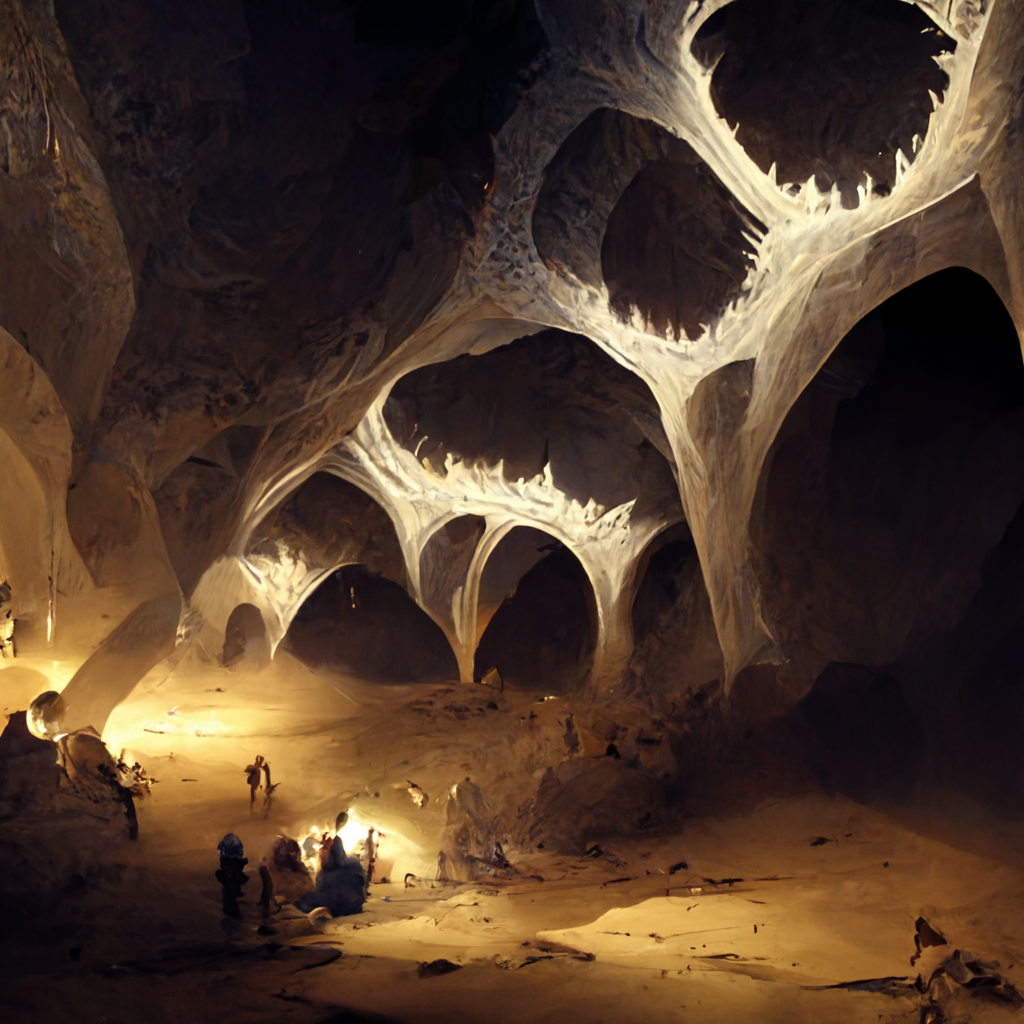 It was everywhere - beneath our boots, slick on the walls whenever we reached out for support, and dripping like tar from the ceiling. If I never have to go into another one of those dens, it'll be too soon.

When they hunt, trapdoor wurm use this ooze to anchor themselves to a cavernous ceiling and create a crude, concealing coating by gluing stones and vegetation either to themselves or in front of them. Once in position, the wurms enter a torpor as they wait for prey, kept safe in a thick coating of their slime. As soon as prey is near, they awaken and launch through their concealment with startling speed to bite and wrap around their prey, then pull them back up again to be killed and consumed in safety.   So far, the Trapdoor Wurm have only been found in the canyon-like caverns of the Grey Halls, where they menace explorers and travelers with regularity. Able to strike fast and in almost complete silence, it is not unusual for stragglers in any group to disappear before the journey's end, swallowed by the dark. There is a brisk trade in various spiked helmets and other headwear believed to deter or injure the wurms, inspired by another of Patala's animals - the ornery Paebari. those meter long quills skewer attacking wurms, sometimes to death. So far, the human imitiations have proven less than effective, but it hasn't stopped those selling them from claiming otherwise.

Patala, the Descent   A recently discovered region of the Inner Shell, Patala is a cavernous realm of canyon halls and abyssal descents in further dark. Mankind's presence here has been as brief as flickering candle and surrounded by horrors to make it last just as long.   Trapdoor wurms are one of those horrors, with enough having been encountered to make them a known terror best avoided.   Read More About Patala

Although mankind have only recently come into contact with (and been devoured by) the trapdoor wurm, sharp minds and sharper blade are already putting the beast to use. The most useful yet have been the ooze, bottled and sold as a long-lasting adhesive.

Not to mention their numerous uses for pranks.

Its flesh is edible if washed and drained, as the ooze is toxic but not usually lethal. It has a sponge, gummy texture that can be reduced by cooking, with deep frying it in oil giving the best results. Experiments are still being made with its organs, and the parasites that always seem to accompany them.

The art of turning flesh, bone, blood and ichor into thing useful, beautiful or brutal. 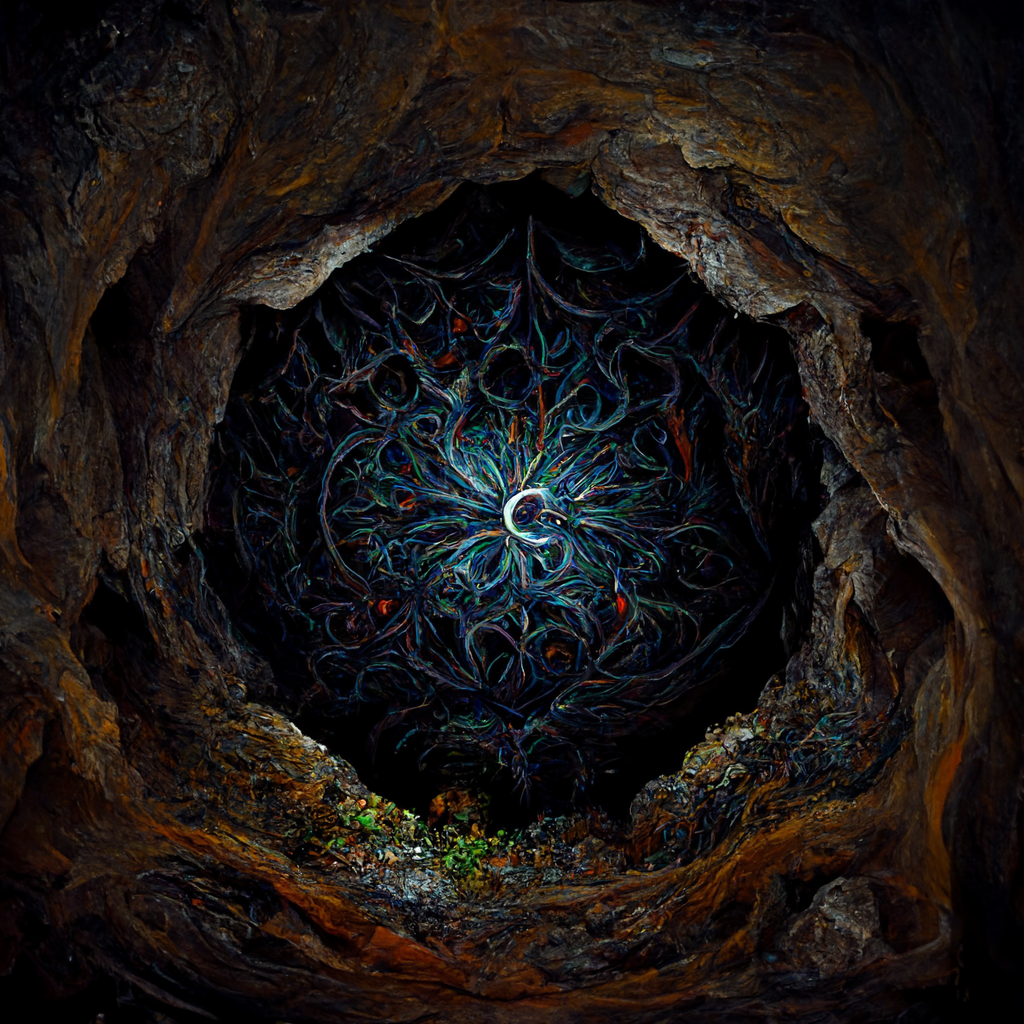 On occasion, a trapdoor wurm will overextend themselves or misjudge their attack, and come crashing down from their perch. Though considerably slower on the ground, they are still capable of wrapping around prey or batter them by flailing and thrashing their full bulk.

Answering: "A recently discovered, or rediscovered, species."
Visit Qurilion's Competition Page Check all other answers to this prompt Competition Homepage

"Hey, what's that?" I feel these are many people's last words in Araea for multiple ways of ending up dead. Also, the article gave many icky feelings.

Terrible wurm! O_O All the slime really sounds unpleasant and deadly even without the wurm itself XD And all those parasites! OMG, almost poor wurm XD   "Not to mention their numerous uses for pranks." XD XD

No one is a winner here, except whoever pulls off the best prank using the slime :D